Wes Anderson’s latest is a confection that looks like a pop-up book, by way of a stage play, which got turned into a ﬁlm.

In other words it’s a Wes Anderson ﬁlm; only this time even more so. Picture the exacting, ostentatious set design of his previous ﬁlms, then take that image a step further into picture book unreality. 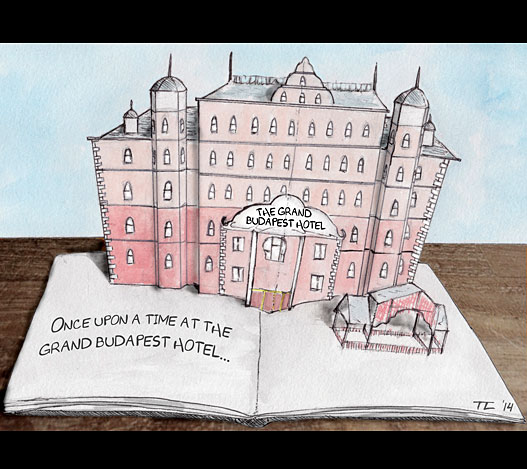 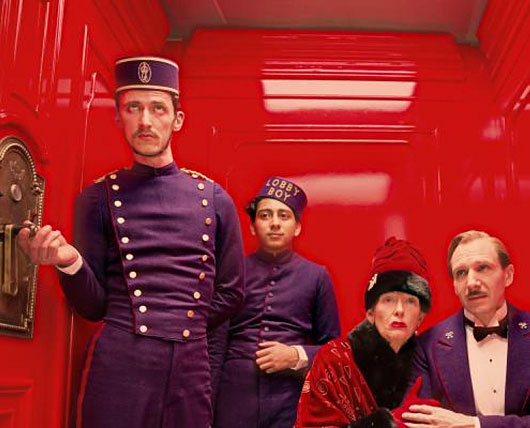 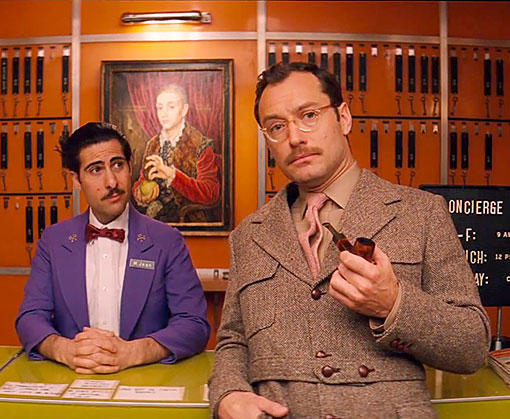 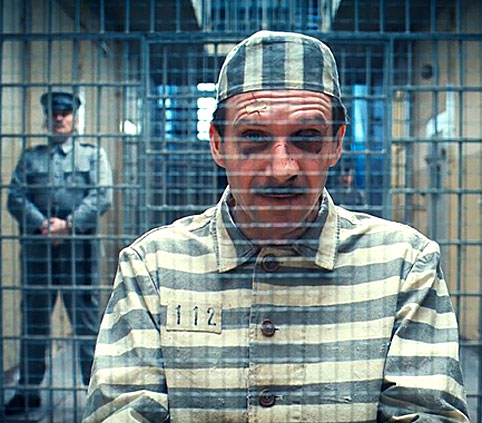 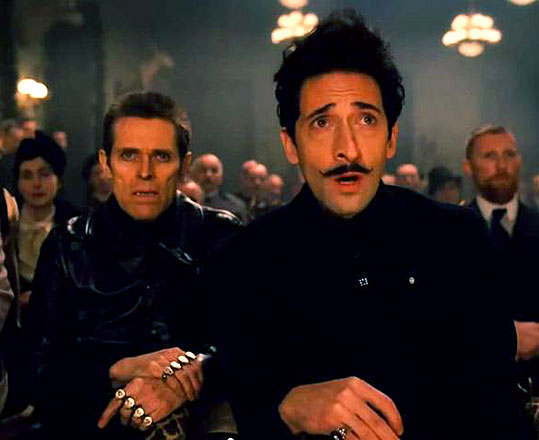 We begin in the present day, in the non-existent Republic of Zubrowka, as a young girl opens the book ‘The Grand Budapest Hotel‘. From there we trundle backwards in time and hear from the famed author that produced it (1985), then meet the man who inspired it (1968), and ﬁnally settle into the heart of the story: the trials and tribulations of Zubrowka’s greatest concierge (1932), Gustave H. The well meaning, poetry-spouting Gustave works day and night — with an emphasis on the latter — to keep the wealthy guests of The Grand Budapest Hotel happy. Unfortunately he falls afoul of the family of one of his wealthier patrons, Madame H., when she’s shufﬂed off this mortal coil somewhat more promptly then she had anticipated. Gustave is, in short order, gifted a priceless heirloom, threatened with violence for being indecent with an older woman, and is betrayed by one of his oldest friends. Then things get worse.

Anderson’s always had a good ear for dialogue, and his craftmanship — from the sets and the clothes to the militaristic precision of his busy scenes — has never been up for question; but it often feels like he’s waiting a beat for the audience to laugh, when all they can do is nod sagely and agree that the writing, the staging and the delivery of a line are all indicative of an intelligent, knowing and very dry wit. Which isn’t quite close enough to actual, normal laughter. In The Grand Budapest Hotel he’s learnt how to bridge knowing-a-thing-is-funny with making-the-thing-funny. Part of this is down to investing his characters with a warmth that had been missing until recently; he did much the same in Moonrise Kingdom, but it’s nice to see that wasn’t a one off.

The odd friendship between Gustave (played by the usually grim and dour, but here surprisingly funny, Ralph Fiennes) and his lobby boy Zero (Tony Revolori) feels real despite the unreality of their world. As long as we believe in them, and the people they care about, then it’s very easy to get caught up in the ride. Because of this, when Anderson punctures their egos and that of the rest of his vast array of characters, it works far more effectively — and amusingly. Here it’s affectionate, whilst in The Darjeeling Limited, and so many others, it felt unkind. Even the villains of the piece, the family Desgoffe-und-Taxis (a name almost as satisfyingly silly to write as to say), are easy to like, or at least to laugh at. Adrien Brody’s counterintuitive insults and Willem Dafoe’s gaping maw make them oddly likeable.

There’s further minutiae that adds to the whole: Anderson’s love of idiosyncratic words, the frenetic pace, visual gags and slapstick that strangely recall 80s TV series Police Squad!, the throw-away — but perfectly cast — cameos, the heartfelt narration from F. Murray Abraham (as a grown-up Zero). It all comes together to make one of Anderson’s least trying ﬁlms. In fact it’s pretty much likeable through and through.

See and read more of Tom’s work at sketchy-reviews.blogspot.co.uk