It’s easy to forget just how far London has come in its gradual development of a world-class array of restaurants.

Not so long ago, your choice was either an over-priced imperialist private members’ club in central London with thick white tablecloths heavier than a Martin Heidegger treatise, or a solemn Little Chef just off a lay-by in Croydon. 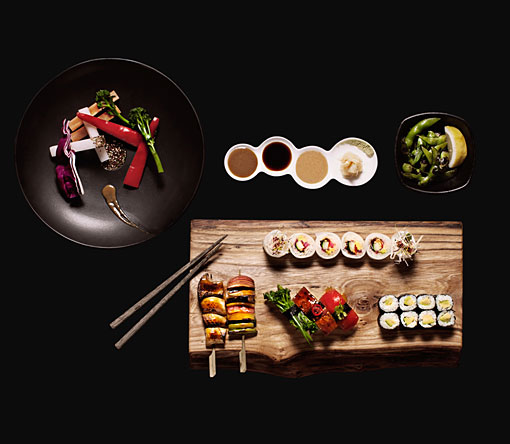 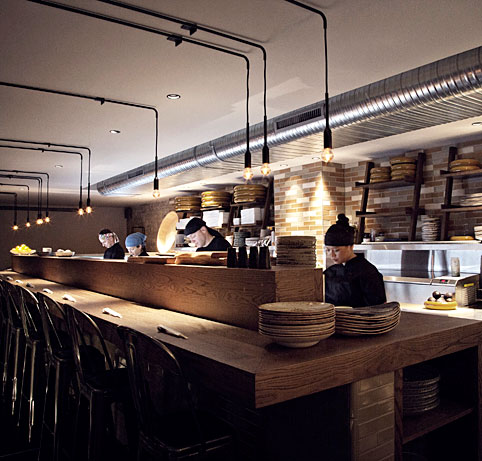 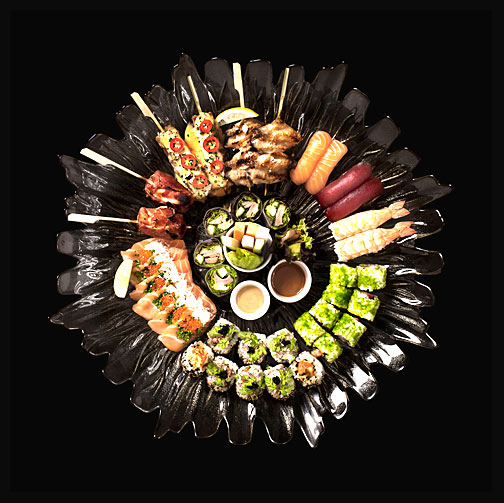 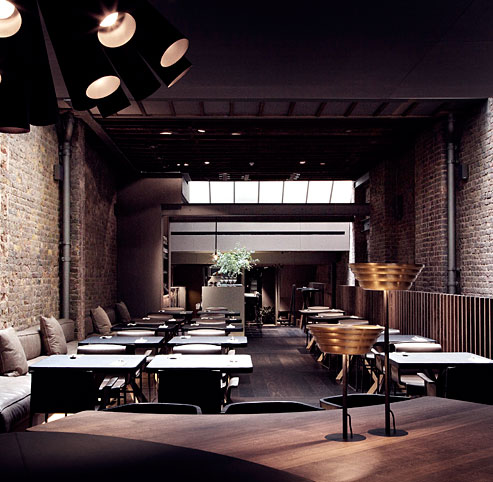 That was it. Nowadays, we’ve gotten to the point where a lively and youthful Danish-Japanese restaurant can open in Covent Garden and fit right in with the surroundings. Sorry, Little Chef.

Admittedly the first image that pops into my head upon hearing about Sticks’n’Sushi’s  ‘Danish-Japanese’ concept is a slice of raw salmon sprawled on top of a buttery pastry. Thankfully the reality is much more nuanced. The idea is to combine the familiar sushi, sashimi and futomaki or Japanese cuisine with the lesser-known Yakatori, the  skewers or ‘sticks’ of grilled meat which add an unexpected extra dimension to the menu. It’s a bold move, originating in the half-Japanese heritage of founding brothers Jens and Kim Rahbek. If you’re going to stand out in the gastronomic jungle of London, a city where there are more restaurants per head than bathrooms, you’ve got to offer something different.

Sticks’n’Sushi certainly pulls all the stops out. Leather table tops tell you that you’re not just anywhere. There’s a smooth pebble for your chopsticks to lean on, calming funnel lighting and a stripped wall of bare brick. You could construct a catwalk in the middle of the dining room, and it would be entirely in keeping with the vibe; a young, professional crowd surely beckons. And on the Thursday night of our visit, this 132-cover cavern of cool is busy, lively and atmospheric. It’s only been open since November.

Fittingly for a fusion restaurant, the menu is divided in two: the first outlining the individual a la carte plates, and another summarizing the set menus. In case you need any further reminder, both are as glossy as high-class travel brochures, with excellent production values. Both come adorned with photographs of their dishes. Long considered a reliable indicator of a diner’s grimeyness (a menu which has to literally show you the food on offer is often presumed to think little of its diners) the photographic menus are actually sleek, artistic and well-designed. The pictures are of a high-quality, both are simple and striking. Presumably it’s to illustrate what some of the less obvious Japanese plates consist of.

We select the Upgrade set menu. It arrives in an enormous, ornate serving platter shaped like a wheel, enabling you to turn it around like the deck of an LP to taste what’s on offer. The sushi sits in rows like a model army in battle formation. Meanwhile the ‘sticks’ we choose provide an interesting, if not always balanced, contrast. Japanese food is on the whole light and refined, with emphasis placed on composition, disguise and display. There’s something flower-like about a delicately folded futomaki roll, with its colours and its layers.  The sticks couldn’t be any further from this ideal. Try making meat on a skewer look anything other than, well, meat on a skewer. The goats’ cheese with dry ham skewers that we try first are overpoweringly savoury, yielding a creamy saltiness which is a little too rich. It’s cleansed by some delicious ‘carpaccio’ of salmon, sliced paper-thin and marinaded with lime. Then there are Urumaki, the inside-out rolls with crowned with a granular tempura batter, a skilful blend of the soft with the crunchy in a marriage of contrasts. A few bites in and there’s no doubt that this is excellent food. It’s reflected in the prices – our sharing platter is £60, and we supplement this with a couple of sides at around £6-10 a piece.

The rest of the Japanese platter upholds these high standards. There’s a slight disappointment upon realizing that you’ve got eight of the serviceable but unexciting California rolls, and fewer of the delicious crayfish variety. But there are so many successes elsewhere that it doesn’t seem to matter. Salmon appears in a wide range of outfits, from the Spartan nigiri to the indulgent starter of salmon with coriander, avocado mousse and creamed cheese. In each guise it’s refreshing and succulent. For the remaining chicken wing and tuna skewers, there’s a rich and satisfying golden brown sesame seed dip which lures the sweetness from the meats. These satisfying chunks of chicken and pork add firepower to the meal: it’s the one thing missing from the fragrant and airy sushi. And while the fault-lines between the two cuisines sometimes jar, there’s an undeniable allure to the idea.

Dessert maintains the sense of craft and precision encountered in the sushi. I recommend the Four Tasters dessert.  Offering a dainty little portion of white chocolate with sweet miso and popped rice, Vanilla crème brulee , chocolate fondant with caramel and hazelnut brittle and Matcha green tea ice cream with dark chocolate, which work out at a reasonable £2 per dessert.  Each of the pots is perfectly sculpted and offer a varied choice: there’s pure richness in the chocolate fondant, European in its unashamed indulgence; a gentle, lilting sweetness in the white chocolate and sweet miso; and the rejuvenating coolness of the matcha ice cream, with its deliciously peculiar aftertaste. It’s a microcosm of the sheer variety on offer at Sticks’n’Sushi, itself reflective of a city which has never offered so much choice of restaurants. This is one of its better ones. Long live London.

We visited Sticks’n’Sushi at 11 Henrietta Street, London WC2E 8PY. There are also branches in London at Wimbledon, Greenwich and Canary Wharf. For more information see www.sticksnsushi.com 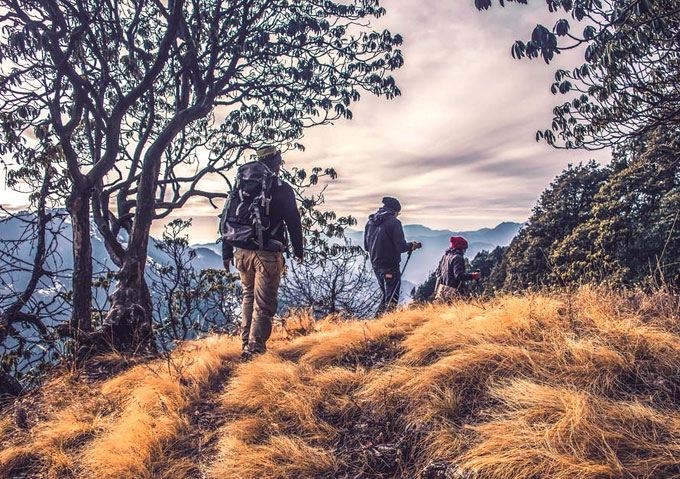 5 steps to take before your first active holiday 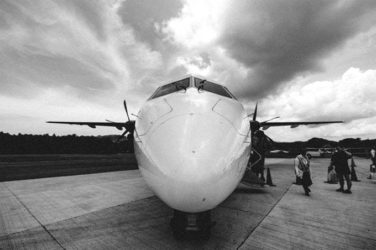 Why Many People are Turning to Private Air Travel

words Alexa Wang A lot of people consider traveling as an essential activity and ... 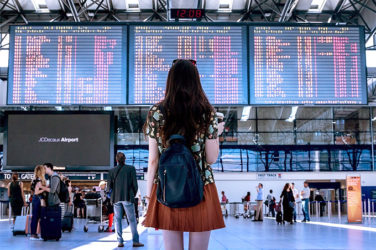 5 things you should do before traveling abroad

5 things you should do before traveling abroad – words Al Woods All enjoyable ... 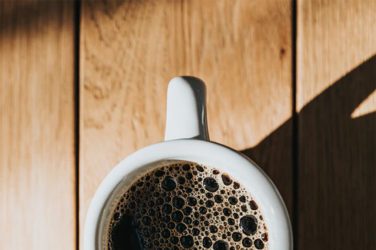 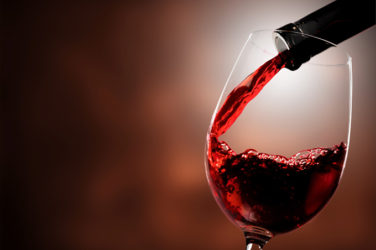