Warning: "continue" targeting switch is equivalent to "break". Did you mean to use "continue 2"? in /var/www/vhosts/fluxmagazine.com/httpdocs/wp-content/plugins/revslider/includes/output.class.php on line 3689
 Grems & Skullcandy present the new album, Vampire – Flux Magazine
type in your search and press enter

French music producer and all around urban creative, Grems, has been a tour de force on the French underground music scene since 2001.

It’s no surprise then, that a collaboration with headphone supremos, Skullcandy comes naturally with their mantra of ‘Supreme Sound’ made to describe the talents of the Frenchman.

Grems, Aka Supermicro, real name is Mickaël Eveno. His portfolio focuses on music and music production, but you can add to that design, art direction and street art – oh – and he has his own record label Deephop Panel promoting French rap and electronic music.

As a brand Skullcandy have always pushed the audio boundaries of how we listen to music with their revolutionary headphones and earbuds. Their championing of emerging music has been curated to sync with their innovative technology, so their pairing with a master of the European underground scene makes perfect sense.

The collaboration will see Grems’ release his newest album ‘Vampire’ this month co produced by the headphone maestros. With its Bram Stoker inspired imagery, expect influences ranging from Hip Hop to Deep House to Broken Beats as well as guest appearances from the best of UK and European talent including Foreign Beggars and Simbad.

You can catch the video for the first single from the Grems and Skullcandy collaboration also called ‘Vampire’ here:-

‘Vampire’ was produced by At Jazz, one of the most celebrated UK deep house producers, using analogue treatments to achieve a real authentic sound. And if listening to the track puts you in the mood for more, you can catch Grems live this summer when he will be heading to London’s Notting Hill Arts Club on June 13th.

Vampire is be available on all formats including iTunes, Beatport and Amazon – stay tuned to the Skullcandy blog at www.skullcandy.com, on facebook.com/skullcandy or on Twitter @skullcandy. For more information on Grems see www.gremsindustry.com.

Fyfe at The Social – For lovers of fearless, genre busting music

London-raised singer-songwriter Paul Dixon first came to fame in 2010 as ‘David’s Lyre’ but ... 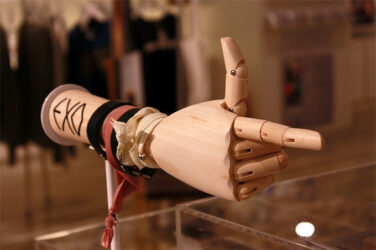 Love K-Pop? Then You Will Love These 8 Things

words Alexa Wang K-pop is the latest thing in music. If you are a ...