Greece has more than 6000 islands littered around both the Ionian Sea and the Aegean Sea. With ancient civilisations using the land for thousands of years, many of the islands retain their rich historical legacy.

And not everyone who books one of the luxury greek island vacations wants to spend their time sitting around the pool. If you’re one of those who want to experience some of the more unusual and unique things to do on the Greek Islands, you’re in the right place. Keep reading to discover where to find hidden beaches, see exotic birds and visit an island named after a mythical god. 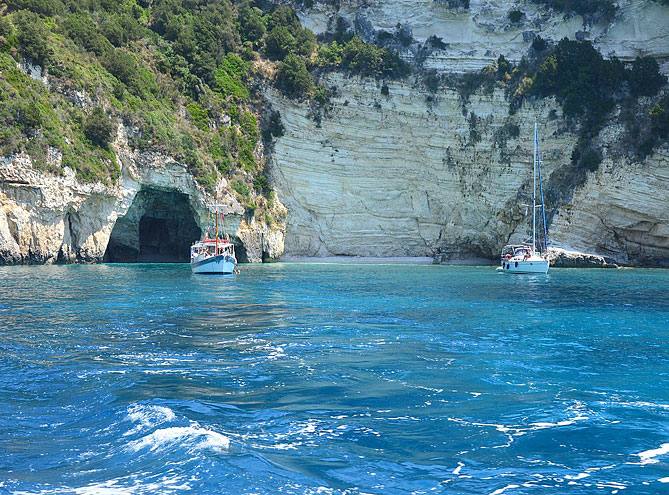 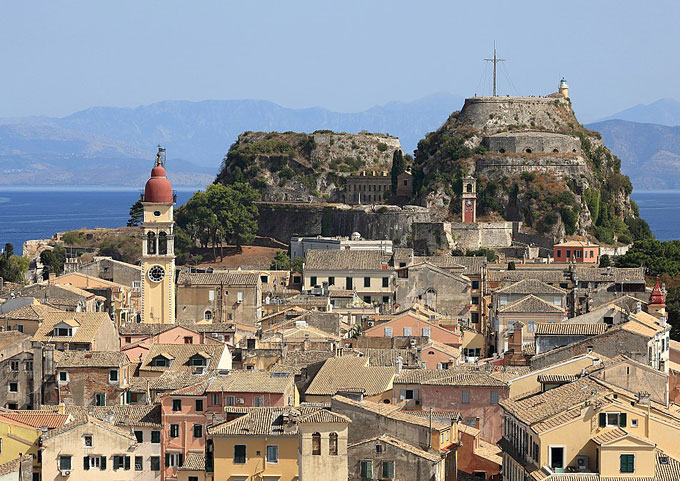 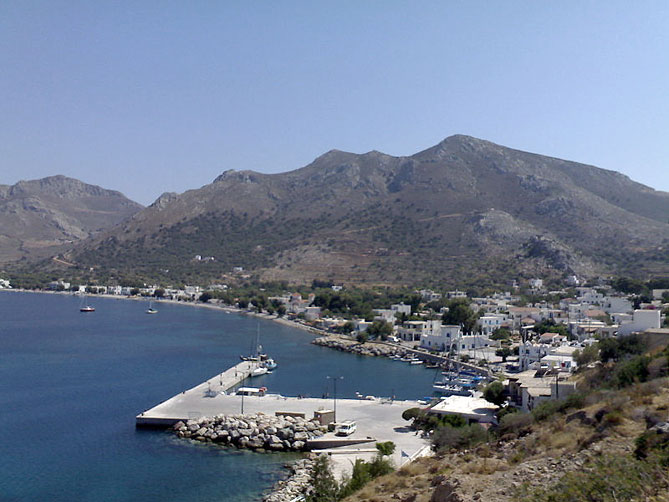 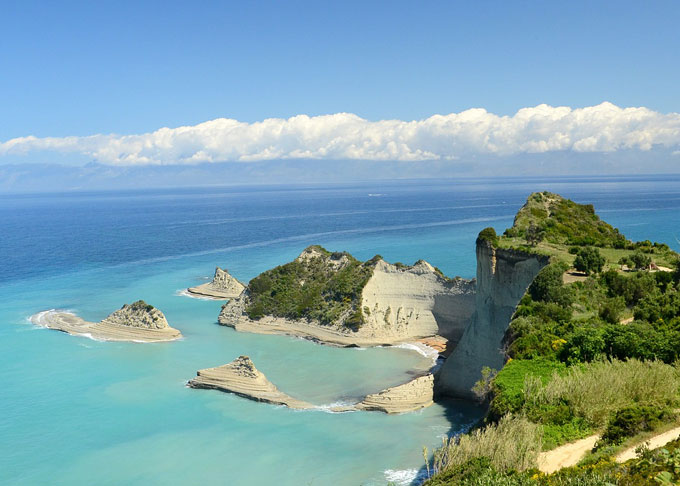 Paxi sits in the Ionian Sea near Corfu and allures a different type of visitor. Unlike its neighbour, Paxi gets very few tourists and represents a postcard image of rural Greece. Despite having a relatively large size, the main appeal of this destination is privacy. It’s great for romantic holidays for couples and those on a honeymoon often head here for the exclusivity. Expect gorgeous stretches of coasts lined with restaurants serving the day’s catch. Several villas fill the interior of one of Greece’s greenest and least visited islands. Head to Gaios Port for some of the freshest and tastiest Mediterranean fish imaginable. Stroll through the narrow streets in the evening and relax in one of the bars with a glass of wine or a shot of ouzo. Beach-lovers can check out Kloni Gouli, Kipiadi and Sterna Bay.

Despite having a firmly established spot on Greece’s tourist trail, Corfu Island does offer a handful of more unique experiences. If you move away from the clusters of resorts along the coast, you’ll find endless stretches of green covering the interior. Because Corfu gets more rain than Mainland Greece, vegetation and shrubs can grow. Coastal regions tend to have the same barren appearance as much of Greece. But the interior transforms into an oasis interspersed with olive trees. If you want to have the conveniences of a famous island with the chance to get off-the-beaten-path, head to Corfu.

Did you know that Icaria in the Aegean Sea gets its name from a Greek God? According to legend, Icarus was trying to get away from Crete and slipped before plummeting into the sea near this island. As such, the Icaria got its name! But the island near Samos isn’t just about ancient gods and mythology. The spot boasts some of the most rural landscapes in Greece filled with mountains and wild landscapes. Hike through the hills to viewing points overlooking the sea and surrounding islands. Or have the beach to yourself in some of the hidden coves, soak in thermal waters and snap Instagram-worthy photos of the island’s architecture.

When someone mentions the name Greece, the last thing that springs to mind is endless stretches of wildflowers in green fields. But Alonissos in the Sporades offers this kind of unique experience on the Greek islands. You can stick around the coast in luxurious resorts and head to the greener parts of the island on a day trip. Because they get only a few tourists, this island makes an ideal place to have a romantic getaway. Anticipate a laid-back rural lifestyle, idyllic stretches of coastline and a tranquil ambience.

Milos doesn’t get as many tourists as some of the other islands in Greece. But it packs a punch with hidden coves, strange rock formations off the coast and some of the clearest waters in the Aegean Sea. Highlights range from seeing a multi-coloured beach (Paliochori) to soaking in natural hot springs and climbing volcanoes. But the best thing to do in Milos is to take a boat trip around the perimeter of the island. The skipper will carry passengers to a few caves that pirates once used to stash their treasure.

Tilos in the Aegean Sea is part of the Dodecanese group of islands with less than 1000 residents. Located halfway between Kos and Rhodes, this island offers both a rural Greek experience with some of the country’s most diverse range of wildlife. Rent a car and explore the mountainous backroads and keep your eyes open for exotic birds, lizards and dwarf elephants. If you’re looking for a different type of vacation or want to escape the crowds during peak season, consider visiting Tilos. But don’t expect the soft sand of some of the islands, Tilos’s are rocky and challenging to access.

The characteristic that defines Gavdos in this list relates to its geographic location and their types of beaches. Holding the title as Europe’s southernmost island, few visitors make the journey to explore its barren and rustic shores. The handful of residents retain the traditions of their ancestors from hundreds of years ago. And because of the lack of interest on the tourist trail, the island doesn’t have many places to stay. Instead, the visitors who make the two-hour boat trip from Crete often come with a tent and sleeping bag. Don’t expect restaurants, bars and Wi-Fi. Instead, embrace the chance to get off-the-grid for a day or two. Be sure to check out Tripiti Cape, which is Europe’s southernmost tip. And why not hit some of the beaches. But be aware: Most of Gavdos’s beaches are nudist beaches!

Despite getting millions of annual tourists, the Greek islands still have plenty of hidden and unique attraction without the visitors. If you want to escape and have a more memorable trip, check out the spots mentioned in this article. And you’ll leave with a different view on Greece and the thousands of Greek islands.

How does alcohol licensing actually work?

5 ways to live economically and improve your lifestyle 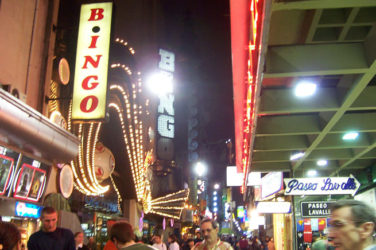 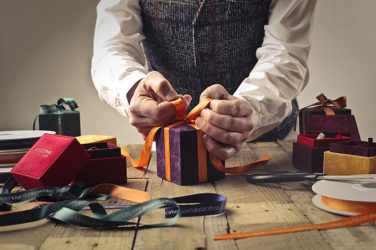 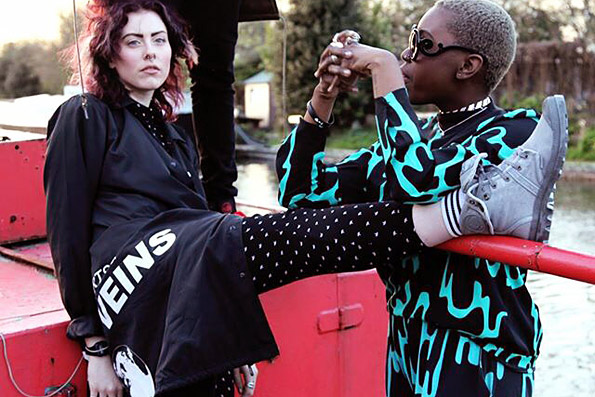 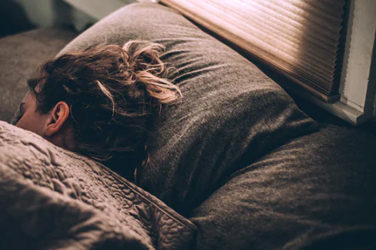 Supercharge Your Sleep with These 4 Tips

words Alexa Wang In order to maintain a healthy body and mind it is ... 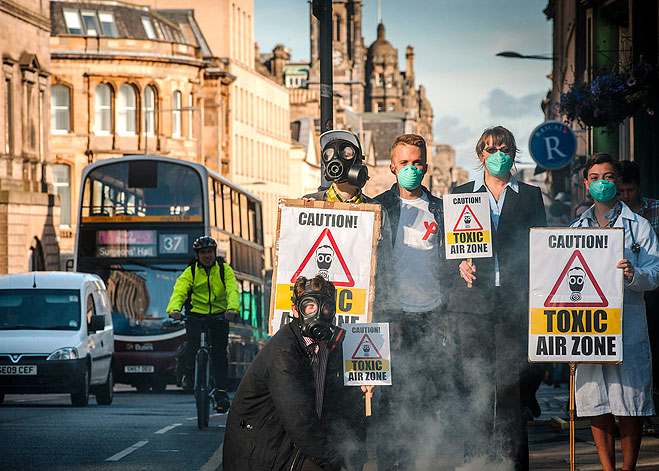 Is extravagance spoiling our air? – why the rich are so dirty – words ...