I have never been very good at getting started. This sentence, for instance, took about four hours to complete, thanks to an extended mid-clause break.

At university I would typically miss my first two or three weeks of lectures each term, preferring to ease my way in well after everyone else had read Hobbes’ Leviathan and could therefore summarise the arguments for me in return for some Nutella. And the less said about my incomplete tax return, the better. 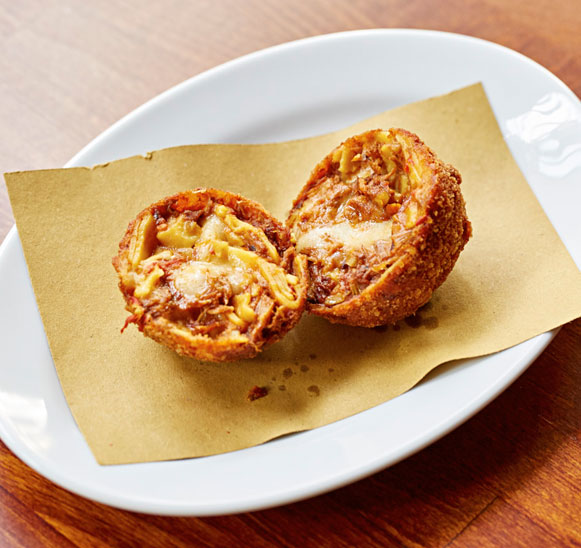 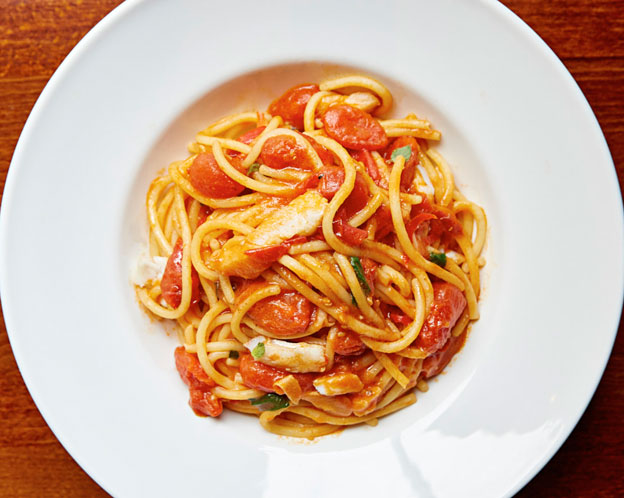 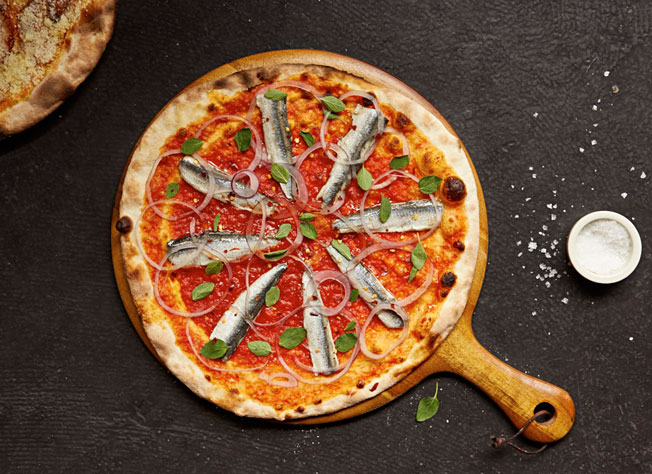 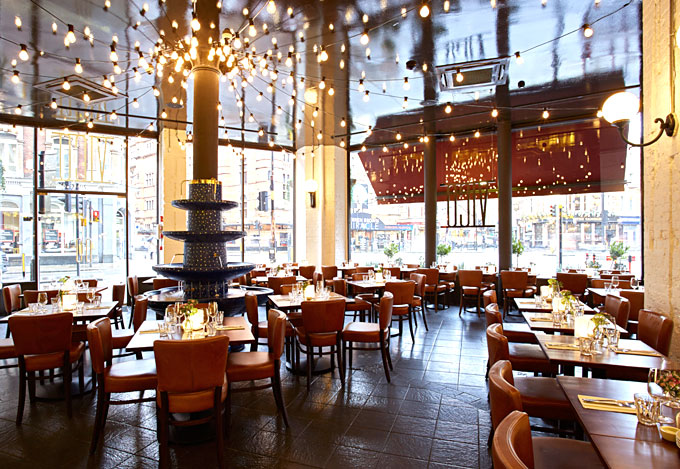 It would be hypocritical of me, then, to linger over Vico’s troubled inauguration. Initially opening in August 2015, the Vico Italian restaurant arrived offering Italian street food with an unusual no-staff, no-menu set up which left punters – and reviewers – baffled. The cutlery was plastic. There were only two kinds of wine. Heads were furrowed, plans shifted, and Vico reopened over a hectic Christmas period, going from bare-bones to fully-staffed within a matter of weeks. Fair to say, this was probably not the easiest transformation to pull off for a London Italian restaurant.

But they have pulled it off. When I visit on a bitterly cold Friday evening, the place is packed. Given that Vico is on Cambridge Circus, London’s own Bermuda Triangle which has swallowed many bright young restaurants whole, this is no mean feat. Some of the dishes we try are in need of some fine-tuning, but Vico’s arsenal of ingredients is impressive – authentically Italian and clearly fresh.

Rather than going after the hip street-food crowd, Vico is now a regular, sit-down restaurant. Waiters and menus are present. The lighting is tantalisingly dim. Intelligent decoration gives the place an al fresco feel. An enormous, custom-built aquamarine fountain commands the room beautifully, its shelves adorned with candles like the shrine of a saint. Above naked bulbs are strung together in a centrifugal pattern, mimicking a circus tent or, more likely, the experience of dining outside in the balmy Italian night.

They say you can’t eat atmosphere, but you can certainly savour it. I’ve ordered dessert in a restaurant just to linger a little longer in its embrace. Vico is a place this could conceivably happen, both due to its lively atmosphere and impressive desserts. Despite its size, there’s a tangible warmth here, a ‘real buzz’ about the place. The staff are very welcoming, chefs rattle off dishes from the open kitchen, and Londoners are being well fed. Above all, that fountain is magnificent, cascading rivulets of blue and gold all night.

Inevitably we start to get hungry. A plate of bread and dips is delivered to assuage us. There’s a terracotta-coloured walnut paste, chunky yet velvety, smothering the bread persuasively. Ricotta, dripping with very decent olive oil, is cooling and subtly sweet. A pesto made with cima di rappa (the curly leaf tops of turnips) forms an earthy counterpoint. All three possess the feeling of unity: bold, punchy flavours, fresh and rejuvenating, designed to fully awaken the appetite in advance of the coming meal.

Helpfully, the menu lists the geographic origin of each dish. In between the Sicilies and the Umbrias, one plate declares itself to be the fruit of Cambridge Circus: deep-fried lasagna. Obviously we can’t resist ordering it. Looking like a large scotch egg or an arancino, the big ball squats on the plate imposingly. Inside, the pasta sheets, folded together in a distressing kind of writhe, clash jarringly with the fried shell. It’s too carby, and although the pools of melted cheese and mincemeat deeper within fare better, it’s unhappy proof that some ideas remain fantasies for a reason. Cambridge Circus’s contribution to the canon of Italian cuisine awaits a better contender.

Matthew, our waiter, tells us that they’ve just received a big batch of ripe, in-season blood oranges from Sicily. Since they feature in the fritto misto, we end up ordering it. Fritto misto serves as a reliable indicator of quality of the restaurant; Vico’s interpretation is somewhere in the middle. The dry, sandy batter is excellent, but since it hasn’t been seasoned (not even with salt and pepper), it ends up being bland. The squid encased within is fresh and tender, but lacks flavour. The famed blood oranges, lightly dusted in the same batter, help bring some sharpness to the dish.

Orecchietti (literally, ‘little ears’) arrive with nugs of fennel sausage and a smattering of perfectly cooked spinach, raising our spirits. These lesser-known pasta shells get a good showing here, the fennel and spinach bringing contrasting flavours of sweet and bitter. Within a couple of minutes every little ear has vanished.

You might not think of sausage and lentils as a typically Italian dish, but it’s a real staple in the north of the country. Many incarnations feature fatty, blood-red sausages like nduja which weave their delicious oily magic all through the lentils, creating a powerful base to tie the dish together. Unfortunately, it’s not the case here. Served whole atop a mound of lentils, the pale sausage looks more like a Cumberland. Although its lean, sweet flavour is nice enough, it doesn’t really have much to say to the lentils. This is a shame, because these are some lovely lentils, perfectly cooked and becomingly soft to the tooth.

For a country with so much coastline, the Italians eat surprisingly little fish or seafood. Yet their chefs obviously know what they’re doing with the stuff, as evidenced by my partner’s pan-fried tuna steak. Tuna doesn’t need much elaboration, and Vico’s version allows the richness of the fish to come through. Oregano adds some depth, and an accompanying fennel and orange salad brings sweetness. Simple.

Vico’s founder, Jacob Kenedy, is famed for his gelato at Bocca di Lupa and Gelapo, the latter of which is on the same premises. Ice-cream features correspondingly often on the dessert menu. Those blood oranges we enjoyed earlier in the meal make a reappearance in a stonkingly good sorbet, and again in a delicious chocolate (blood) orange ice cream. Torta Caprese, a lemon and almond cake with a dense corn-coloured crumb, blends its subtle range of sweetnesses compellingly.

The excellent desserts aside, the plates we try at Vico are good dishes each beset by a single minor fault, as though one dial were out of sync. In a rotating, seasonal menu which prizes experimentation, this isn’t a fatal flaw. Popular dishes will be retained, the less successful polished, honed or dropped. After all that’s happened, Vico has actually gotten off to a pretty good start. Here’s hoping it continues. 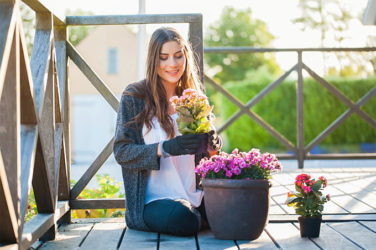 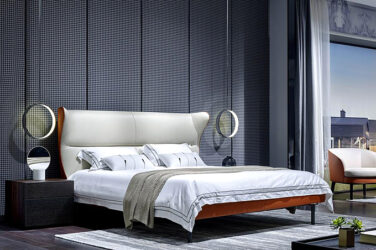 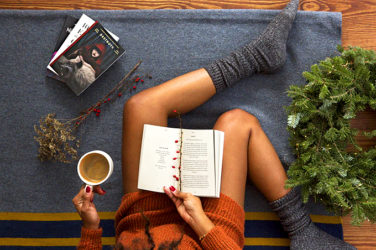 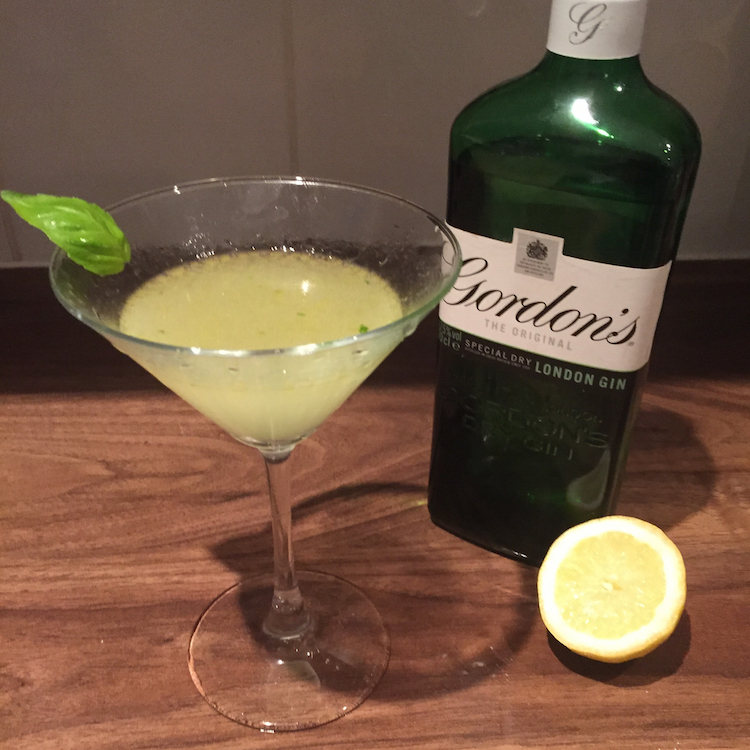