There’s no shortage of psyche music at present. From the pseudo kosmiche one band-man-band-isms of Morgan Delt, the guitar crank of Doug Tuttle or the faintly ridiculous pastiche of White Fence, 60s West Coast Americana has been in hipster ascendancy for a while. Dave Novick’s take on things is firmly northern Californian as epitomised by the Grateful Dead style cover art and, indeed, his music retains a sonic simplicity far removed from his peers. It makes for a refreshing change and an engaging listen. Opener, Gate, could well be the finest song on the record, a jarringly tender and sweet instrumental. Naturally, a fair few frazzled guitar lines abound but this is a song writer of sensitivity and melodic nous utilising the glorious confines of 8 track analogue with class.

The yearly music industry brain fart that is Record Store Day does throw up some nuggets and Cardinal’s near legendary debut on sunflower yellow wax is a point in case. I remember reading about Cardinal before I’d heard of them and even then I never heard anything by them until this album was re-issued ten years later. I vaguely recall a Melody Maker review, one half of Cardinal in sunglasses, the phrase ‘baroque-pop’…it was all so different from the kind of American indie music being released (and panned by the British music press) in 1994. Today’s choice saturated ears would hardly be pricked by Cardinal’s soft-focus take on early 90s lo-fi but at the time there was something pretty revolutionary in using strings and admitting to a love of the Bee Gees when all your peers where trying hard to be ‘punk rock’. Built around the song-writing talents of former Mole, Richard Davis, and studio wunderkind, Eric Matthews, Cardinal’s first album welds Davis’ idiosyncratic vocals and pop classicism craft with Matthew’s genius budget arrangements and Bluntstone-eqsue feather soft tenor. The results are an enduring left-field pop classic, beautiful, even in its obscurity as Leonard Bernstein might have put it.

Thomas Morr’s pan global cottage industry is probably best known for releasing cute electronic records but, as many a savy, weighty label are doing, they’re distributing other micro-indies and diversify their roster. As such, here are Andromeda…and they deal in a delirious jazz cacophony as this live album testifies like Ninja Tune’s Jega Jazzist only more rambunctious. Throw in a garishly charming sleeve and you’ve got a fine slab of wax here that isn’t strictly for the heads and is all the better for it.

Andew Ashong’s Theo Parrish produced Flowers EP was released last year sometime. It took me a while to track it down and I’m eternally grateful to the fellow travellers at Honest Jon’s for acquiring this for me. So why include here? Well, it’s officially re-released this month – and is therefore a bit more accessible then it was before- and deserves to be heard by as many people as possible. British born and current resident of Ghana, Ashong’s Flowers EP announces a fine talent with boundless potential. The titular track is utter lushness, like Bill Withers getting inspired by the sounds emanating from Plastic People. Take It Slow opts for a delectably squelchy Moog bass assisted Parliament wig out before The Way She Moves shifts the tempo down to stoned snail pace like a an endearingly befudddled Shuggie Otis. More. Please. Dude.

David Sheppard and Pete Astor having been plying a richly melodic and wilfully eclectic brand of exotica tinged semi-instrumental music together and alone since time immemorial. With the exception of Herr Ya Ya ‘s liquid chrome guitar, the first Ellis Island Sound album for over a decade arguably jettisons previous post-rock flavours for something more hi life scented and dub infused to create a heady sonic tonic with hearty a dash of Reich-ian percussive propulsion. Joyous music made by two cats who know their stuff.

Neil Davidge is of a rare commodity in this era of ‘the long tail’ i.e. a studio musician. He’s won accolades for his video game music, worked extensively with Massive Attack and, boy, does it show. His debut album comes in luminous coloured double vinyl (the kind of which might well impress video games playing teenagers) and sounds as awfully pretentious as anything by Massive Attack. You know the drill: flawless production, earnest guest vocals, utterly humourless. One genuine high point: Gallant Foxes featuring Cate le Bon is motorik pop of the highest order, like Neu! if they’d decided to start bothering the charts. So good it might well be worth the admission price for that alone.

Cherry Red are doing a fine job of re-issuing Luke Haines’ past 90s life on wax as The Auteurs (such a wonderful band, no wonder he’s bitter the kids chose Shed Seven) and as Baader Meinoff. Just as those Brit Pop twenty year celebrations are kicking in, the arch party pooper drops his latest curmudgeonly kiss off. Impeccable timing, natch. Here then is a love letter to New York’s fertile art and punk rock scene as only laughing boy Luke can do – straight faced albeit with tongue in cheek. So opener Alan Vega Says plays out incongruously like a twee indie pop tune and is followed by Drone City which sounds more like ‘it’, i.e. a Suicide song. Odes to poet Jim Carrol, Lou Reed and New York toilet venues abound, doused in swathes of analogue synths reminiscent of John Carpenters’ Escape from New York score and Haine’s wry missives ‘A UK punk ain’t got no moves….when will my time in the sun come?’ he sings on UK Punk which may or may not be about him.

Ryley Walker – All Kinds of You (Tompkins Square)

So associated with excavating ancient 78s of what is deemed American Primitive you’d be forgiven for forgetting that Tompkins Square do a damn fine side in releasing records by fresh new artists in line with their own ideology (dudes with DADGAD tuned guitars). Ryley Walker is in his mid 20s and pretty much sounds like a record collector’s folk-rock wet dream: his voice is a raw thing of wonder that at once recalls the bohemian charm of Bert Jansch, the portentousness of Tim Hardin and the swoonsome romanticism of Tim Buckely. His debut full length mixes bluesy, clawhammer style instrumentals with viola adorned, vocal lead movements in music which belie his relative youth and speak of rambling, wide open spaces. Man, Davey Graham never sound this old nor this hip. Highly recommended.

Vinyl Below Column by Rich Hanscomb

The Rosebery Aparthotel – A real home from home in central London 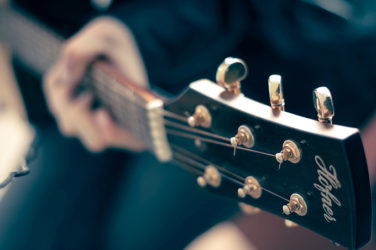