What happens if you take a used whisky cask, send it to a craft beer brewer, let them brew a stout in it before finally distilling a second whisky in that very same barrel?

You get a tasty whisky with a slightly convoluted gimmick. Welcome to Jameson Caskmates. 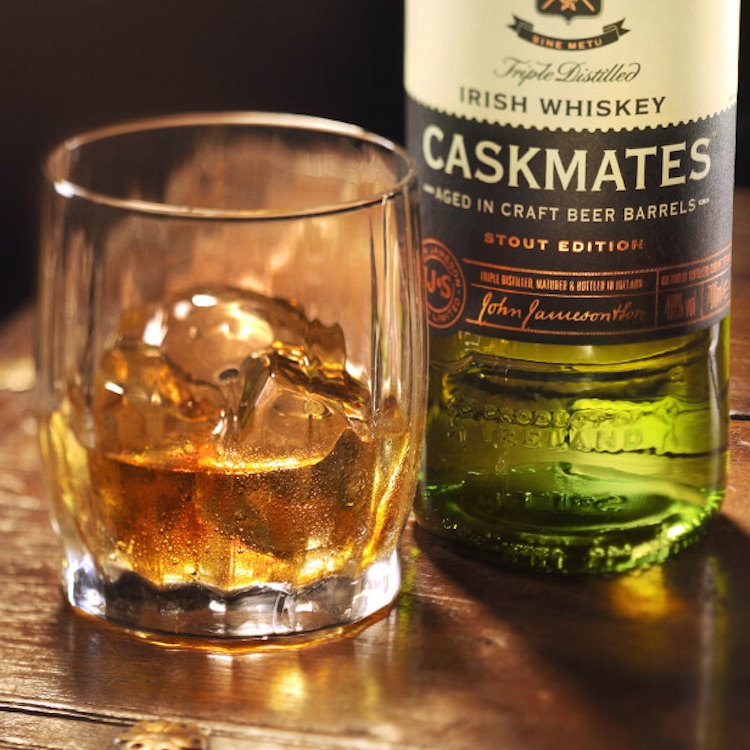 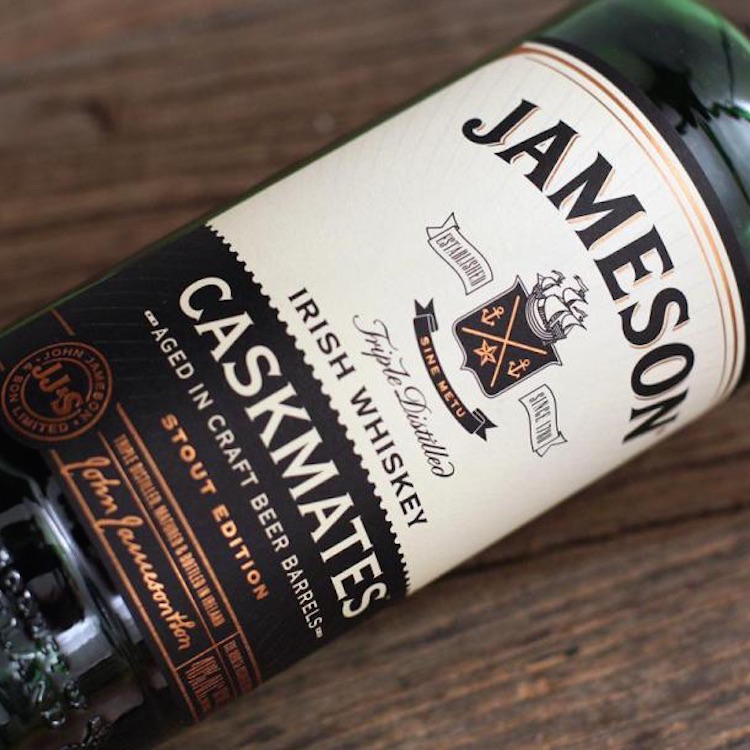 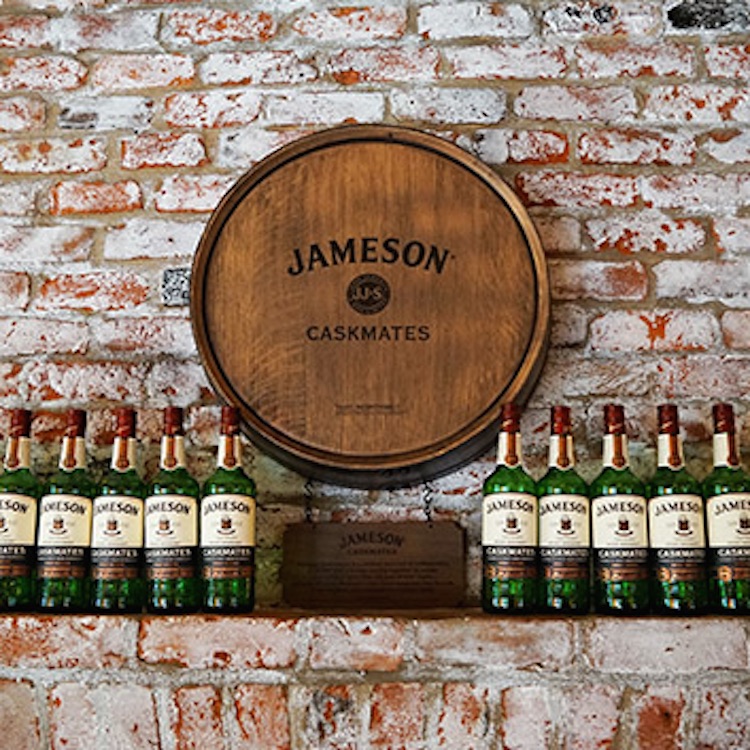 It’s the curious fruit of a rather sweet partnership with Franciscan Well (Ireland’s biggest craft brewer). After a chance meeting in a local watering hole between the founder of Franciscan Well, Shane Long and Jameson head distiller, Brian Nation. I can only imagine the whirlpool of emotion those two must have fallen into as Brian, a few tumblers in, wrapped his arm around Shane’s shoulder and just coherently mumbled, “Casshk Maates”.

I envision Shane, who can probably hold his liquor a little better, staring at Brian confused, mostly concerned that he was going to have to drive Brian home again, but also curious as to what Caskmates could possibly mean, before Brian started up again, “It’s shimple. You make whissky, no wait! I… make whissky, you make beer, let’s make whisshkybeer!” After that Shane’s sober mind set to work with the actuals, Brian’s inebriated mind provided the creative thinking and a few months/years later (I really don’t know) out came their baby, wrapped in an emerald green bottle.

Oddly, despite creating a working solution out of idle pub chat, an achievement by anyone’s standards, when I first arrived at Geffrye Street Studio for the launch of Caskmates I was greeted with a drink that took the idea of ‘whisshkybeer’ a little bit too literally. It was a Franciscan Well IPA mixed with a shot of Jameson. It wasn’t good. It was drinkable, a bit like mouthwash is if you’re really desperate. But, it wasn’t good. I’ll stop there, but just… no.

The rest of the evening jointly hosted by Jameson and Disappearing Dining Club was actually a shed load of fun, at one point culminating with the Jameson ambassador’s speech being drowned out by a horde of drunk journalists banging on their long communal tables in approval. I’m ashamed to say I joined in. The drinks they plied us with were varied and delicious (except the aforementioned) with one obvious theme running through them all. Caskmates came accompanied by an assortment of motley companions: balsamic syrup, orange bitters, chocolate bitters, angostura bitters, Kahlua and well… probably more bitters. We even mixed the Kahlua and Angostura ourselves in a mixology ‘masterclass’ at the end. I find it hard to see pouring one liquid into another as a masterclass, but it didn’t stop it being hilarious and a great idea on the part of the organisers. Each table had a couple of full 70cl bottles of Caskmates sitting on it. I mean honestly, what did they expect? We can’t be blamed for our raucous behaviour, though we probably ended up going a little more gonzo than anyone had intended.

To prevent the evening turning descending into all out anarchy, the Disappearing Dining Club did provide us with an ample three-course meal. I was happily surprised at the quality. It was inventive, proper pub grub. There was a sharing starter of double acts with mini sausage and mash, even-more-mini fish and chips, a delicious ceviche twist on tuna and sweetcorn and a steak tartare with smoked egg yolk and matchstick fries. This was shared between six of us and piranhas couldn’t have done a quicker job of stripping that chopping board to the bones.

The main was equally as ample and even more delicious. Six large glistening pink slabs of sirloin (shared again unfortunately) were transferred from plate to mouth in a matter of seconds. It was the fat round the edge of the sirloin that made it special, as it had that perfect balance of slight crackly outside and soft melty centre. Never to be eaten alone, but beside the outrageously well cooked meat it was pure pub harmony. The comfort was provided by some pretty heft stuffed jackets and the twist by a lobster béarnaise.

Dessert never usually excites me quite as much, but the milk chocolate truffles were melt-in-the-mouth wonders that seemed barely stable at room temperature. Luckily for me, my companions were full and so I had three or four of those tasty morsels to myself – particularly amazing when paired with a half pint of Franciscan Well stout.

Could I taste the stout’s impact? I think so. It did taste darker, nuttier and in an odd way smoother, but I can never tell if that’s just my preconceptions screwing with me. Regardless, I now have my very own bottle sitting at home that I’ll probably tuck into when this hangover wears off.

If you fancy trying it for yourself, a pair of tickets for their one-off event on 7th September are only £20. If you have half as much fun as I did it’ll be worth it.

Two tickets to Jameson Caskmates x Disappearing Dining Club: A Night of Classic Pairs are available for £20 here also good for jameson caskmates where to buy 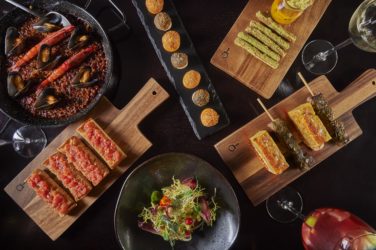 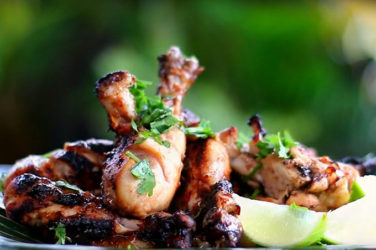 Let the ingredients be the star – words Al Woods Okay so you have ... 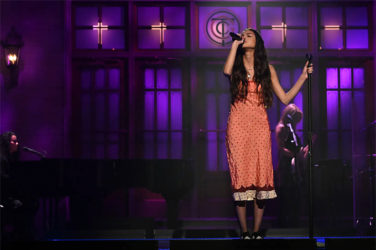 Olivia Rodrigo 101: How To Steal Her TikTok Famous Style 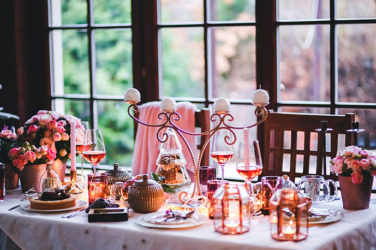 How to create the perfect Christmas dinner experience

How to create the perfect Christmas dinner experience – words Al Woods Christmas may ...