What are you into? Do your interests include cinema, faux drag queens, caravans or bioengineered footballs grown from living cells? If so, I hope you got down to AND festival of culture last week.

Abandon Normal Devices took place in Manchester and around the North West with a unique partnership between Cornerhouse, FACT and loads of ground-breaking artists from all over the world. 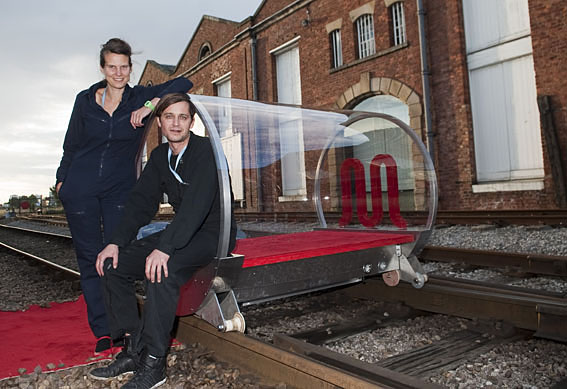 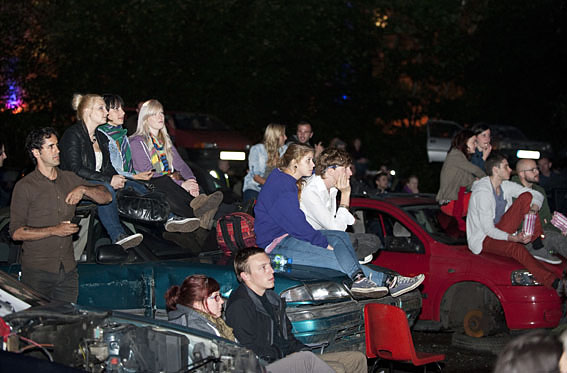 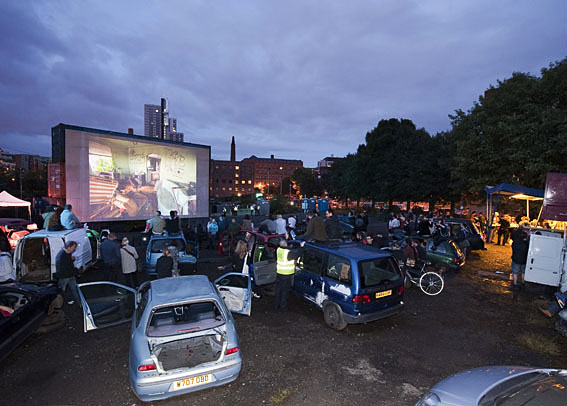 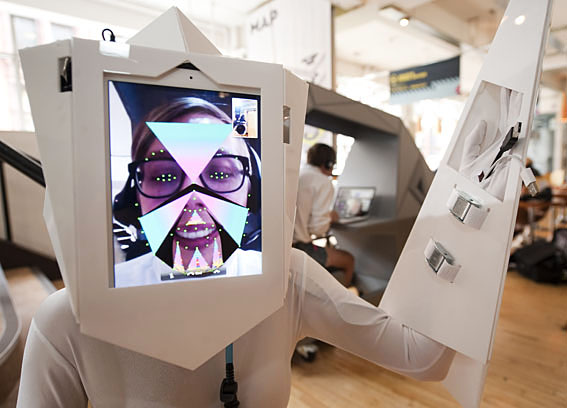 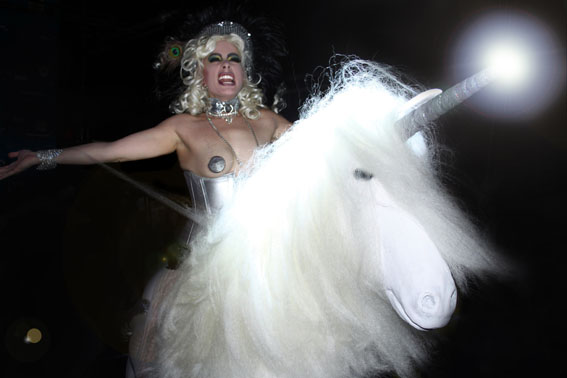 Looking at the timetable, it was clear that AND as a festival of culture was going to feature a very eclectic mix of medium. The subject matter was diverse and in some cases extremely complex, ranging from real teenagers giving adults life advice in Ask A Teenager, to exploring new reproductive scenarios in Reproductive Futures. Festival Manager Gaby Jenks thanked the artists and production for really pushing the boundaries and “not taking no for an answer”. She mentioned that earlier in the year their artists had even been experimenting with scientists, projecting images on clouds. The exhibitions, talks, installations and interactive experiences were spread out all over the city. The idea behind this being that you could “create your own journey” though the various art spaces, bars and car parks.

I particularly enjoyed Empire Drive-In, Mad Max II when Brookyn artists Todd Chandler and Jeff Stark presented their outdoor movie theatre experience made from 25 wrecked cars and a 40 ft screen. It was like walking in on a secret teenage cult hangout. Figures sat drinking and chatting on and in the scrap cars which were fitted with low-power radio, transmitting stereo audio directly into each vehicle. Tranarchy, a gothic transvestite performance group of “show offs” added to the eerie post apocalyptic atmosphere, swinging chains around, shrieking and sneaking up on people.

1950’s style adverts for popcorn and cigarettes “what’s your brand?” preceded the short movies before the main feature. Todd and Jeff  were “interested in a program of films that could exist in conversation with the installation. The drive-in is known for showing trashy movies and blockbusters. We love this, and embraced it by showing films like Robocop and the Road Warrior. But we wanted to provide a counterpoint as well. We chose over 10 shorts and screened a different selection of them each night. These are films about places on the margins, about finding possibility in disused spaces and discarded objects, films that feel handmade. To us, it was a mix of playful and serious works. Shorts like Buster Keaton’s One Week and Lee Kern’s My Back Garden had audiences laughing out loud, while Jem Cohen and Luc Sante’s film Le Bled is a meditative exploration of the liminal spaces of the city of Tangiers. Above all we wanted to show films that inspire us. Often these have limited distribution. You’re not going to see these films in a multiplex”

Q Park, Hulme St made a satisfyingly raw location. Under the night sky we were surrounded by city and warehouse buildings. This was the sort of thing all young people would go mental for, it felt irresistibly vintage. Todd and Jeff’s intention with Empire Drive-In is to “create something special, but not exclusive. We want as many people as possible to experience the installation, the screenings, and performances. Each evening should feel unique, but open to anyone. We were thrilled with the location of the Manchester installation because it was so accessible to the public. The result was a diverse audience that included Abandon Normal Devices festival goers, local movie buffs, live music fans, and people from the neighbourhood who had simply passed by and wondered what was going on.”

Empire Drive In gave everyone an unusual, special experience that was utterly relatable- the concept was clear straight away. I overheard a fellow reveller claim “This was a fucking brilliant idea”. This was a treat, perhaps a little break, for the dedicated crowd of AND. We were absorbed all week in the more trying concepts of Pigs Bladder (replicating techniques used to create artificial organs) or A Crowded Apocalypse (exploiting crowd sourcing as a tool for the creation of a shared belief). This was definitely a welcome recess for my little head anyway. It’s definitely worth checking www.andfestival.org.uk as some exhibitions are still up and not to be missed. 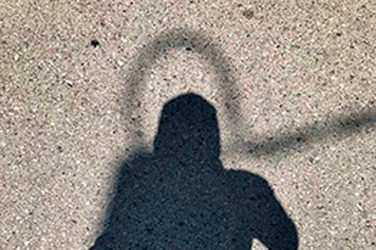