Donavon Warren, owner of production company Loaded Dice Films, says the movie is set to start shooting in the coming months and will be like nothing anyone has ever seen before.

As the world begins to reopen and things slowly get back to normal following the ever-tough covid recovery, Post Apocalypse movies are surprisingly on the rise.

Whether it’s hordes of zombies in zombies in Zack Snyder’s new movie Army of the Dead or the hit sequel A Quiet Place: Part II. Audiences viewed by the millions and have proven that they can’t get enough. Donavon Warren is set to produce and star in his new movie Vampire Apocalypse which is anticipated to be a huge movie. We sat down with him to learn more about it.

What can you tell me about the movie?

Vampire Apocalypse is set in a future world that has been overtaken by vampires. In this world, there is a group of people who have sought refuge on a small island off the coast of Florida. We follow our main character Winston as he lives a normal life and has normal problems. Until one day his daughter gets an infection in her arm, he has to decide to amputate her arm or risk going to the mainland for a cure. But the mainland is overrun by vampires, which only come out at night.

This is a big step up from your previous movie “Wheels” which can be seen on Amazon Prime. Why the big leap?

Wheels was a huge success and a huge learning experience for me. The way and style we made that movie would be impossible to reproduce. That being said, it’s time to go to the next level and use what we learned from taking nothing with “Wheels” and making it look like a 4 to 5 million dollar film. With this movie, we will use our current budget and make a massive hit that looks like we shot it for 30 to 50 million. We will make a movie that will compete with summer blockbusters. And now is the best time for that as distributors are dry with new content.

You are known for extremes when it comes to body transformations. What kind of shape will you be in for this movie?

For “Wheels”, I lost 50 pounds to play a paraplegic heroin addict. For this movie, I have put all that weight back on and gained a lot of muscle while keeping lean. Long story short, I am in the best shape of my life. It’s 3 am, weights then cardio… then cod, lentils and veggies. If I really want to spoil myself, I smell a piece of toast. Haha.

Why did you decide to make a Sci-Fi action movie called “Vampire Apocalypse”?

For me, it’s also, it’s the genre. I really want to focus on Sci-Fi movies for a while. I am obsessed with Post Apocalyptic movies and nothing like this has been done before. My main focus is on realism. This movie is gritty and real.

Why do you think people will be interested in this movie?

The characters in the movie just went through hell as the world was ripped apart by a virus that turns people into bloodthirsty mutants. Now they live on a tropical island which is paradise. But that all changes when they have to go back into hell to save a little girl. I think there is a deep fear of things falling apart again, and it’s enjoyable to watch that unfold in the safety of a movie theater. Plus it’s the time-old tale of good vs evil. People naturally love to watch those stories unfold in new and interesting ways.

Is there anything else you can tell us?

Use sanitizer, wear a mask and wash your hands after being bitten by a Vampire. Haha. We will be updating on social media, so make sure to stay tuned for updates.

When should we expect to see this movie in theaters?

Theaters are fully open… so sooner than you might think!

University of Phoenix on the Value of Social Capital 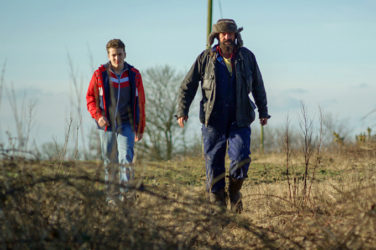