In contrast to other artistic mediums, the confinement of the rectangular cinematic frame and the visual fluidity of movement offers us a unique window through which to view other cultures.

North Korea’s existence as an isolated nation in a world and the stringent controls of its population have forged it as a symbolism of ‘otherness’, and while an international curiosity, it is now one with a nuclear bite. 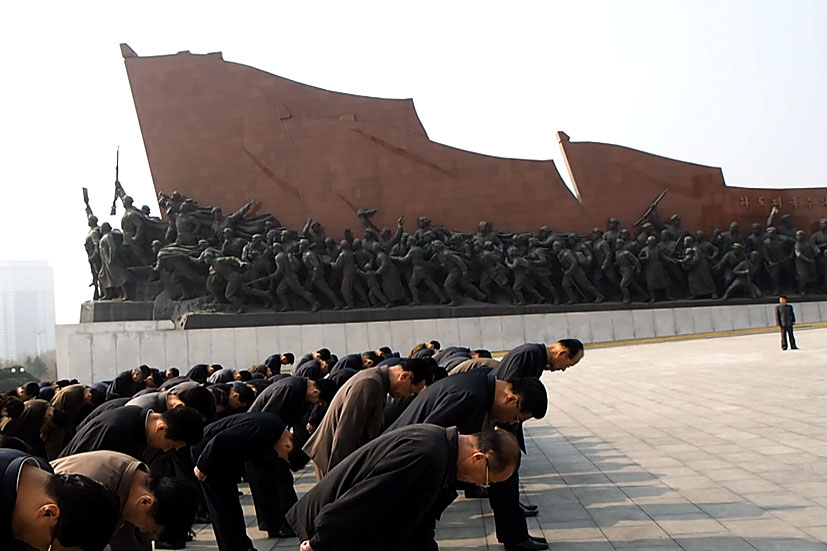 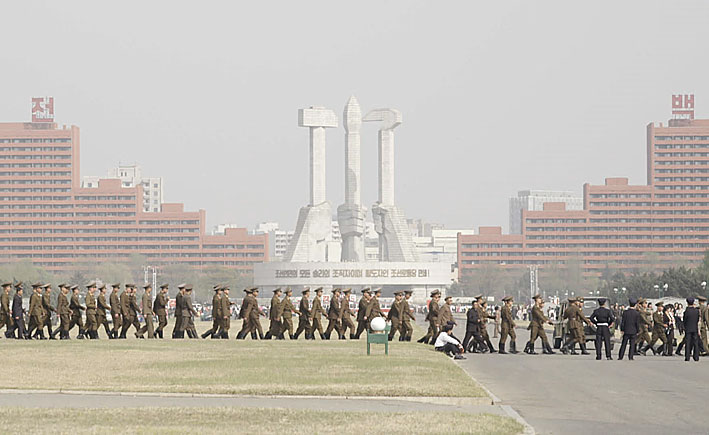 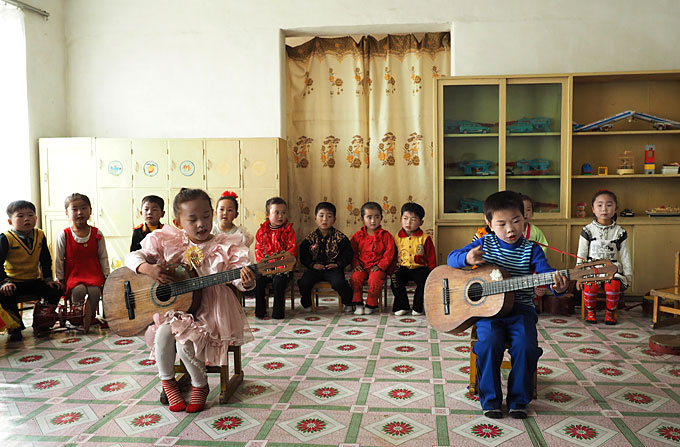 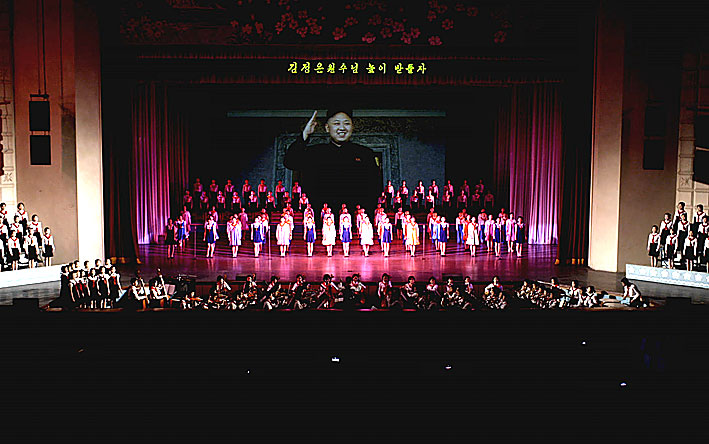 The Propaganda Game sees Spanish filmmaker Álvaro Longoria continue on a directorial trajectory that is creating separation from his narrative feature comprised oeuvre as producer. And while Sons of the Clouds (2012) and The Propaganda Game present a view of other cultures, the first of colonialistion of the Sahara and the latter an inside view of North Korea, the two films infer an interest of Longoria’s in international stories that impact and shape the everyday.

Stemming from this propensity to offer a view onto other cultures is the responsibility for the filmmaker to ensure their film contributes to cultural understanding with objectivity and truthfulness. North Korea’s isolationist policy adds to the significance of Longoria’s documentary, as it offers a scarcely privileged view from the inside out, as opposed to the more common outward point of view. Longoria however understands that his film has the capacity to be a double-edged blade and so he avoids a simplified exploration of his subject. Instead he creates a broad picture that connects together the international community into both a cause and affect mode of existence, along side the mode of human interaction on individual and collective levels.

Australian filmmaker Jennifer Peedom previously touched upon the fundamental role of information as an infrastructure of understanding in Sherpa (2015), and Longoria continues the thread of this discussion while also looking eastward. In one sense it is a vast extrapolation from Peedom’s exploration of the misunderstanding of unfolding events by foreign climbers on Everest, and yet it is fundamentally not so dissimilar. Longoria in Peedom’s shadow explores the denial to access of information, specifically how through an indoctrinated false history the North Korean population are deprived an awareness of a truthful history that has led to a distorted understanding of the culmination of their present. The Propaganda Game from here delves into the importance of questioning perceived notions and one’s sources of information, while addressing the way in which we are required to engage with information and understand the intricacies of its layers. This is an imperative in order for the individual and society collectively to understand the wider personal, social and political implications of the everyday past, present and future.

Importantly and with a sense of seriousness towards the task at hand, Longoria avoids villainising North Korea. Instead he chooses to look toward the complex interpersonal relationships of the international community. In one moment he uses a graphic of nuclear explosions since 1945 to depict the propensity for violence of nations that form this international collective. What Longoria shines a light on is the tangled and complex web of international politics and relations in which one almost senses the truism explored time and again in the American Western – the human propensity for violence. Here in the modern world nations arm themselves with a nuclear capability as opposed to the gun belts of the frontier gunfighter and outlaw. But perhaps as Longoria explores there is an important lesson we are yet to fully understand – the demise of western credibility and authority following Iraq. Perhaps this unjustified demonstration of our propensity for violence and the ensuing chaos alarmingly echoes Nelson Mandela’s original warning to America and the U.K. of a lack of foresight. Why then should nations such as North Korea not nurture a distrust towards the West after it has become embroiled in illegal wars without sanctions by the very peace keeping institution (United Nations) they themselves created?

In a balanced exploration of the subject Longoria looks to how as a civilisation – whether as individuals or collective nations – we are engulfed in the process of cause and affect that is riddled with a propensity for or a threat of violence. And equally he looks to the threat of individualism through the subjugation of the collective of which North Korea is a current real life example. Yet Longoria also captures a view of the human propensity to survive; for the ordinary population to create a normal sense of existence, while reminding us of the tragedy of non-liberated knowledge and information. With an important message at its heart, The Propaganda Game reminds us how non-liberated knowledge and information stifles self-determination through an absence of truthful self-awareness. Longoria’s documentary is a mature and intriguing that while a behind the scenes look at a curiosity, ultimately forces a contemplation of ourselves as a curiosity.