Despite having three albums to their name Dutch Rockers Birth of Joy are a little-known name here in the UK.

However, after ten years together and a relentless touring schedule, ‘Get Well’ sees the band hoping to change this as they take aim and fire with their spirited 70s rock.

‘Blisters’ is a roaring opener with Kevin Stunnenberg’s nerve-shredding vocals and volatile guitar veering from rib-punching chords to intricate psych. MC5 proto-punk inspired debut single ‘You Got Me Howling’ is a single so full of life they might as well have bled into the record’s grooves.

Title track ‘Get Well’ opens with dusty Delta blues before moving into a sprawling and hypnotic ode to The Doors through the spinning psychedelic organs of Gertjan Gutman, while the spirit of Mitch Mitchell is beckoned through the colourful drumming of Bob Hogenelst. The album takes a more contemporary turn in the form of ‘Hands Down’ with its stomping chorus and infectious groove along with the upbeat keys and striking vocals of ‘Choose Sides’.

Birth Of Joy fearlessly parade their influences on their sleeves. From the screaming organs and shaking vocals of Deep Purple on ‘Midnight Cruise’, the Nuggets era-psych jam that is ‘Meet Me At The Bottom’, to ‘Those Who Are Awake’ sounding like a record made in the desert with Queens Of The Stone Age.

‘Get Well’ is nothing we’ve not heard before; psychedelic-blues-rock with all the cornerstones of the 60s and 70s. This could make for a routine nostalgic listen, but when delivered with such furious energy, vibrancy and rip-roaring performances this is proof it can still be exhilarating, relevant and will no doubt be, contagious.

Planningtorock is the stage persona and creative form of Bolton-born Janine Rostron, whose powerful ... 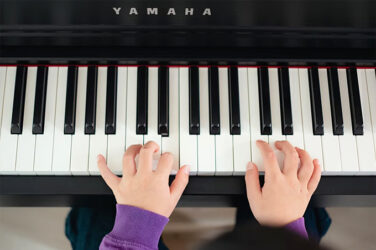