The Cowards Who Looked to the Sky review by Tom Smalley

Despite having been released domestically in 2012, this captivating Japanese drama from Director Yuki Tanada is only now receiving it’s UK premiere and first theatrical run as part of the Japan Foundation’s touring film festival.

Adapted from Misumi Kobo’s novel of the same name, The Cowards Who Looked to the Sky tells the story of struggling Tokyo suburbanites who each find themselves in uncontrollable and desperate circumstances and whose responses are often as ludicrous and self-serving as they are entirely relatable.


Beautifully shot by Ryo Ohtsuka and adapted for the screen by Kosuke Mukai, The Cowards’ unconventional structure plays loose with time, masterfully shifting its focus backwards and forwards along its timeline and between characters. This is a story that constantly evolves and unravels in unexpected ways, with each shift in focus revealing a larger and more intricate stage than before.

Eschewing the sentimentality prevalent in many Japanese dramas for something altogether more nuanced, The Cowards sets its tone confidently. Takumi (Kento Nagayama) is a high school student gingerly testing his sexual boundaries with Satomi (Tomoko Tabata), a bored housewife who is very much in the driving seat in their relationship. Not only does she dictate what he will wear (a colourful and bombastic cosplay of her favourite manga character – complete with ashen wig and ornate purple tailcoat) during this encounter, but even writes a detailed script (complete with stage directions – ‘Murasama slips his hand between Anzu’s legs’) for him to follow. This awkward role-play soon gives way, however, as they eventually succumb to each other in a scene that perfectly demonstrates both the intensity, as well as the preposterousness, of their affair. From this moment on, it is as charming to watch their relationship grow as it is heartbreaking and awkward to witness its eventual and very inevitable unravelling.

Around its mid-point, the film unexpectedly re-centres itself around Ryota (Takahiro Miura), an ex-classmate of Takumi who, having dropped out of school, now works full-time at a local convenience store in an attempt to support himself (as well as his elderly grandmother whose fragile mental state is fast becoming unmanageable and even destructive), whilst his alcoholic and aloof mother visits only to steal food and borrow money. It is during this time that we spend with Ryota (as he tries not only to survive but also understand how and when his life began running away from him) that the main theme of the film begins to crystallize: that one must carry on living. This is encapsulated perfectly later in the film as Takumi’s mother tells her deflated and now reclusive son that he is ‘one of the survivors’, a reference to the untold number of babies who, whether through miscarriage or some other complication, never get a chance at life. These words, spoken as they are by a woman who is not only a mother, but also a midwife, take on a new significance in the final scene, in which, through assisting in the delivery of a baby, Takumi undergoes a kind of rebirth himself; he learns to carry on living.

The Cowards Who Looked to the Sky is part of the Japan Foundation’s touring film programme. For details on this and other films being screened around the UK from February – March 2016, visit the website here: www.jpf-film.org.uk

The Cowards Who Looked to the Sky review by Tom Smalley 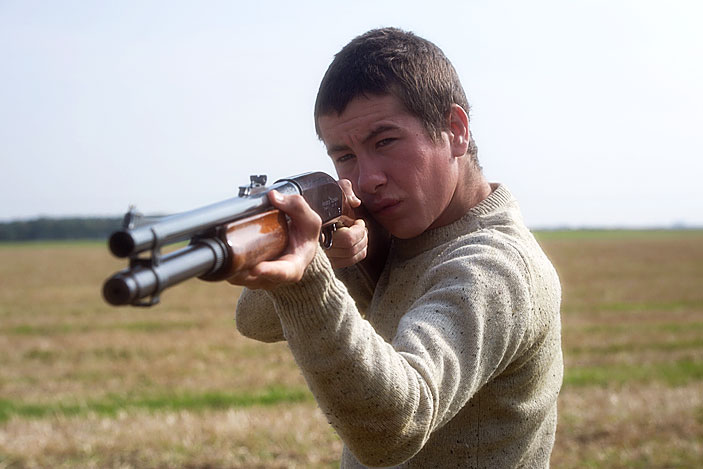