One of London’s most iconic pubs has re-opened its doors, following an extensive refurbishment – the Sherlock Holmes on Northumberland Street is once again ready to welcome the public into its historic, highly distinctive space.

Situated in a cosy corner near Embankment and Charing Cross stations, the Sherlock Holmes sits in the perfect place for both a much need post-work, pre-commute pint and a conveniently central meet-up point for those venturing from in or around London. 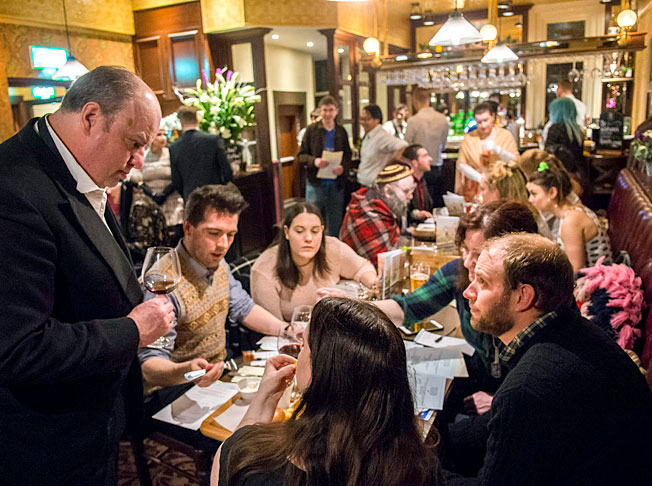 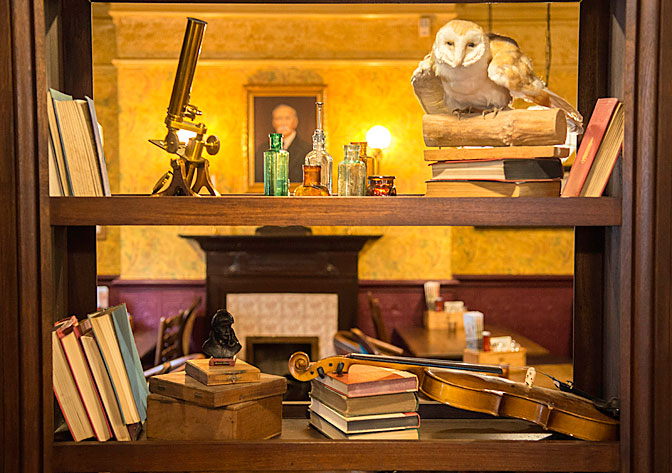 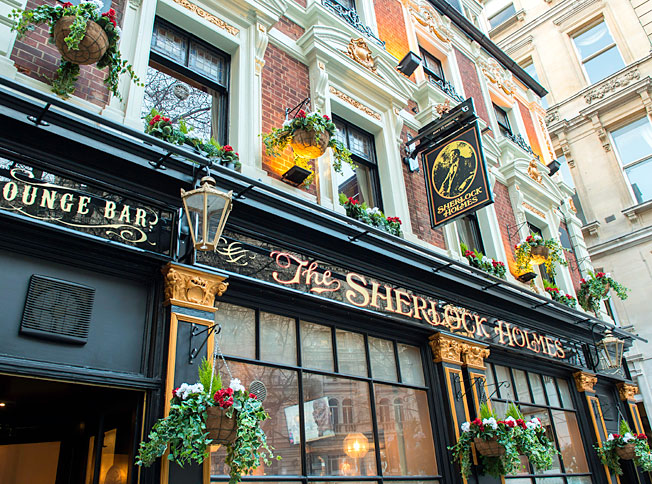 Practicalities aside, the atmosphere of the pub is similarly flexible in terms of the social vibe you’re after – the Sherlock has retained its characteristically ‘Ye Olde English’ charm, the kind of place you’d take a friend from overseas who wants experience this infamous segment of London’s culture; yet it boasts a fresh and contemporary feel too.

Aside from the pub’s period features and traditional heritage (originally the Northumberland Hotel, established back in 1736, famously featured in Sir Arthur Conan Doyle’s ‘The Hound of the Baskervilles’), the Sherlock boasts a fantastic, eclectic collection of Sherlock Holmes memorabilia, keeping my eyes wandering and subsequently glued while enjoying my Sherlock house ale (hoppy, malty, refreshing).

The collection includes a variety of quirky items: wooden pipes, battered and stamped suitcases; original theatre posters; antique and ornate books, garments and clocks; dust-ridden corked bottles of weird and wonderful substances; as well as including some rare treasures, such as Watson’s old service revolver and the mounted head of the Hound of the Baskervilles itself. As well as the walls and shelves of the pub itself being stocked generously with these interesting artifacts, the venue includes a glass-walled area arranged into a fascinating museum room, fireplace and all.

Although the Sherlock has enough of both heart and soul in its own right, a decent bite to eat and respectable choice of beverage is essential to compete for attention in London. In terms of drink, the range includes a selection of lagers, local craft beers and real ales, featuring house ales – the hoppy Sherlock Holmes ale I mentioned earlier, as well as ‘Watson’s Wallop!’, another refreshing bitter; a fair wine list and a modest, reasonably priced classic cocktail selection.

The food choice is both what you would expect and hope for at a traditional English pub in the heart of the capital – warming pub classics (Sunday roast, of course, included) and comfort food favourites. You would feel entirely comfortable going the whole hog and indulging in a lengthy, civilized meal with table service and a selection of starters, mains and desserts – and equally – having a quick drink and nibble on one of the light snacks, sandwiches or perhaps a cheeseboard or a Ploughman’s.

One final experience complemented the Sherlock vibe perfectly: thanks to ‘The Company Upfront’ (www.murder-party.co.uk) our visit was transformed into a Murder Mystery evening. A group of superb and especially dapper actors and actresses circulated our area of the pub (or, rather, their ‘manor’), chatting to us as though we were their guests, imploring us to start solving a murder that was staged an hour after our first encounters with them. Hosted by a ‘descendant’ of Dr. Watson and provided with a ‘detective’s notebook’, a diagram of the manor and a brief backstory of the characters, my guest and I – along with the rest of the pub, split into teams – set to work trying to solve the murder, analysing the characters’ demeanors and careful inspection of the materials and clues at hand.

Although I won’t give too much away, the actors were impressively slick and faultless in their continual adherence to their respective backstories, responding to our (often ridiculous) questions with wit and wonderful authenticity. The actors introduce themselves in a firm yet non-intrusive way, so that although you are free to take the lead and interrogate the characters yourself, you feel just as involved sitting with your drink and respective company as they come to you.

Getting to the bottom of the captivating mystery at hand is an excellent way to punctuate catching up and chit-chat. My guest and I, however, pretty much discarded the ‘general chit-chat’ in favour of the deeply engrossing mystery which suddenly became our sole duty to solve, and subsequently thought we had completely nailed – until it transpired we weren’t even within the top few teams.

After speaking to the manager Matthew Bennett, it was great to hear that although the pub had not hosted events like this in the past, the Sherlock Holmes plans to host more murder-mystery events in the future, based on the success of the evening. If they do, I’ll definitely be back! 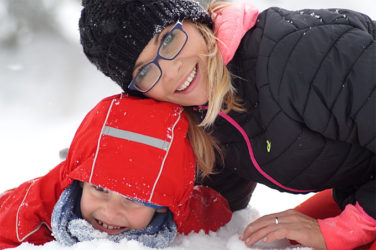 How to dress your kid for all summer occasions

How to dress your kid for all summer occasions – words Al Woods Summer ...

Three Texas food tips that are perfect for RVers – words Al Woods No ... 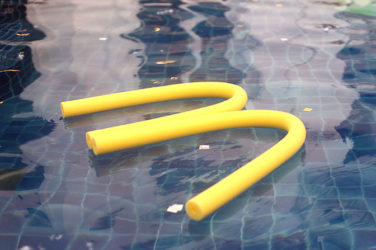