The feeling that is sparked by the sound of metal against ice pricks one’s sense of feeling and penetrates so deeply into one’s soul that it cannot be expressed through words.

And it is this sound that ripples out from the screen at the outset of Sherpa, Australian director Jennifer Peedom’s latest documentary. 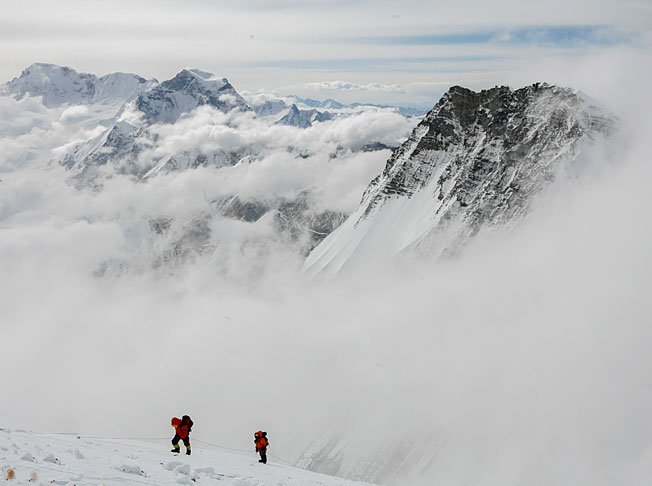 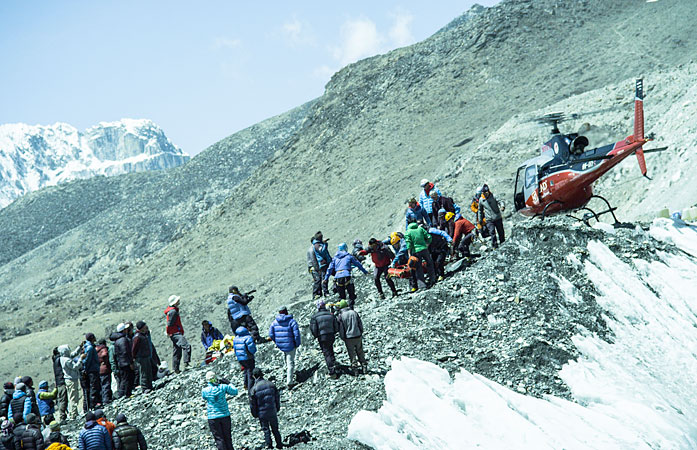 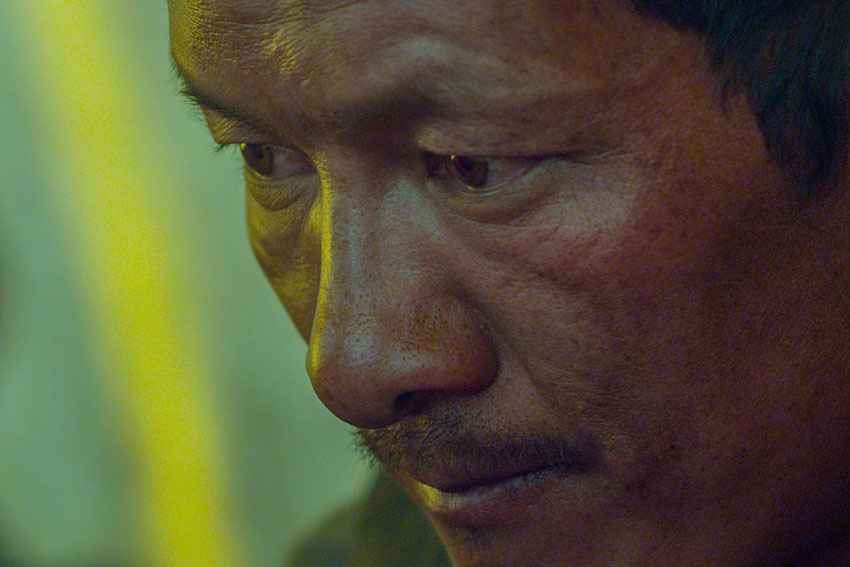 Sherpa tells the story of the commercialisation of Everest as a mountaineering expedition and the boiling tensions with the native Sherpa. Following an unexpected disaster a war of principal is sparked for greater cultural respect, as well as better working and pay conditions that offers an unexpected view of Everest.

The film’s identity could be perceived as one revolving around confrontation, but in any assertion of conflict one must be cautious to not succumb to an oversimplification; if only because Peedom herself shows an eye for bringing the complex layers of her story to the surface. And out of the confrontation of man with nature, in this case Everest, spirals an equally natural confrontation of man versus man.

While this story could be perceived as a cynical one, through the interpersonal relationships of its cast of characters an optimistic spirit shines through. Not a documentary to find itself lost in the simplistic shades of black and white, Peedom dives headlong into the grey. This is motivated by an understanding and appreciation that these grey shades are formed through the way in which we relate to one another – our communal and individualistic natures, and how our individualistic desire corrupts the stability of communal relationships.

Following an avalanche a collision between the collective and individualistic concerns soon unfolds, and it is here that Peedom uses the fallout to capture deeper contours to her dramatic stage. Sherpa offers a stark portrait of human nature – the habitual tendency for people to deceive themselves into condoning a more individualistic mentality. In such moments facts are twisted to support a certain point of view or worse still individualistic needs and concerns. It is here that veteran tour operator Russell Brice blurs the line between protagonist and antagonist in the unfolding drama and in so doing returns us to the instinctive mode of self-preservation.

The pay or portion of the share the Sherpa’s receive is higher than the average Napalese wage, yet so low is their share compared to that of the Nepalese government and tour operators that it cannot be termed even a fractional share. And so, in as much as we talk of the survival instinct as a primitive one, here we see an economic and monetary form of self-preservation. Such a form has the propensity to bring forth the darker shades of decent men such as Brice, whose individualistic concerns are in conflict with his expressed communal sympathy towards the Sherpas that frequent his dialogue with Peedom’s camera. To her credit Peedom seeks to not create heroes and villains, but places an emphasis on understanding and if not understanding, then a view of how a real life narrative unfolded amidst tragedy and chaos.

Any story with a human narrative and the pursuit of a principal naturally forms a discourse with a wide spiral. Peedom begins the documentary with a reflection upon the inevitability of change and how through that timeless process of cause and effect nothing is destined to stay the same forever. Rather like the tectonic plates that are always in a state of movement, so to are interpersonal relationships, cultures and business constantly mobile. But within a contemporary world unsettled by political and religious movements, specifically the pursuit for freedom across the Middle East, Sherpa has a timely resonance. The exploration of a minority caught between the Nepalese government and the tour operators reminds us that there are pockets or fights for freedom, equality and respect unfolding in places that we are maybe unaware of. And out of this grows a story of the commercialisation of nature and its human impact in the shadow of the awe inspiring wall nature has put up to compete with man for supremacy of the world.

But the greatest admiration that offers Sherpa an opportunity to resonate on an emotional level and transcend the boundaries of a factual documentary is the skill of its filmmaker. Peedom adeptly uses cinematography to bring across the drama and feelings of her characters. The music with the images; the slow motion and pans across the faces see her choose to use words to create an emotional resonance instead of leaning upon copious dramatic set pieces. Creating a complimentary blend of high cinematic drama with subtle human moments, Peedom has crafted a real life, compelling human drama on the stage of or in the shadow of this great mountain.

As the end credits roll, one cannot help but consider how despite its grandness, we ultimately choose and create the narrative in how we react. While violent and inhospitable action is how the mountain and nature makes its presence felt, the narrative is regardless shaped more predominantly by our reaction. As much destruction as may be delivered upon us, Everest is perhaps an angry supporting character to we the lead actors in the enduring drama of life.

SHERPA is in cinemas from 15th December and will broadcast globally on Discovery Channel in 2016. sherpafilm.com