The Ghost in the Shell was created by Masamune Shirow in 1989 as a manga or Japanese comic book, and then a cult Japanese anime movie six years later. The live action remake hits the big screen this month and we have exclusive preview screening tickets to give away!

The original Ghost in the Shell story is set midway through the 21st century and follows the exploits of a fictional counter-cyberterrorist organisation – Public Security Section 9 – led by a character called Major Motoko Kusanagi, now hailed as a Japanese icon. Hollywood’s live-action remake is released on March 30th, directed by Rupert Sanders, the man behind Snow White and the Huntsman.

Still taking its place in the near future, the new live action Ghost in the Shell tells the story of Major (played by Scarlett), a human who is cyber-enhanced to be a perfect soldier devoted to stopping the world’s most dangerous criminals. When terrorism reaches a new level that includes the ability to hack into people’s minds and control them, Scarlett Johansson as Major is uniquely qualified to stop it. As she prepares to face a new enemy, Major discovers that she has been lied to:  her life was not saved, it was stolen. She will stop at nothing to recover her past, find out who did this to her and stop them before they do it to others.

COMPETITION: For your chance of winning tickets to the exclusive screenings of Ghost in the Shell film in Manchester, Birmingham or Glasgow, click here to enter!  Also see Ghost in the Shell movie trailer – Competition ends at midday on Friday 24th March. 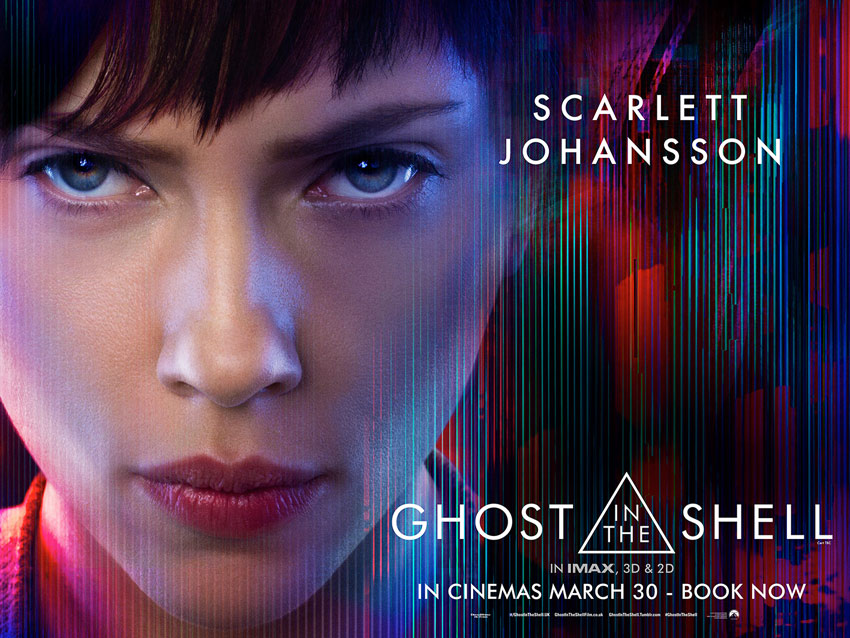 This is a welcome re-release of Orson Welles The Trial . Many directors have ...

Aesthetica Short Film Festival – article by Vienna Famous I got myself a reputation ...