When I first set eye upon these grainy images of extraordinary bubble houses in this unique new architecture book I had to know more. I’ve always been a sucker for a bubble car or a bubble house. That shape – the rebellion against the cube. My heart also skips an extra beat when I see extraordinary people realising their vision which is what Neff achieved with his blessed bubble house concept. I just know the architect must have had a lifelong belief and burning passion and must have fought long and hard to convince anyone to help make his dream become reality. 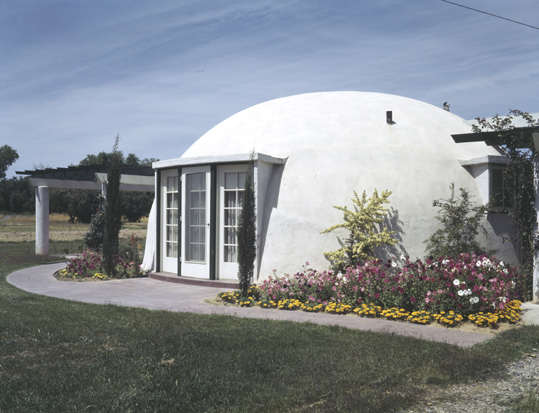 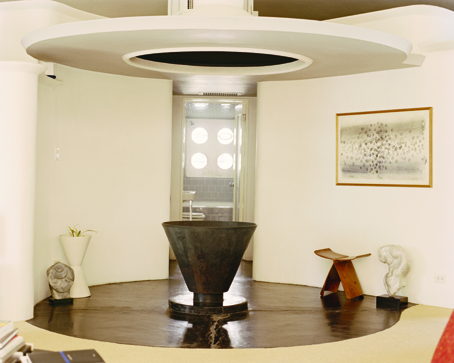 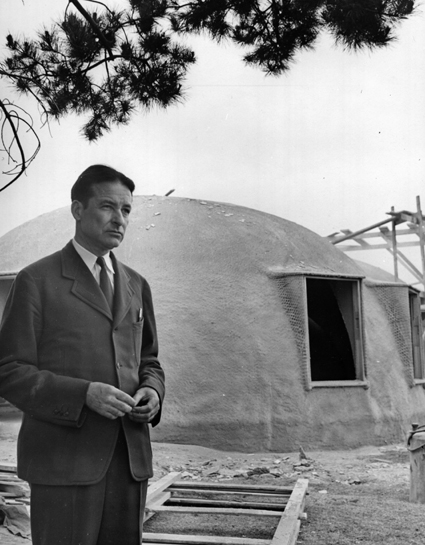 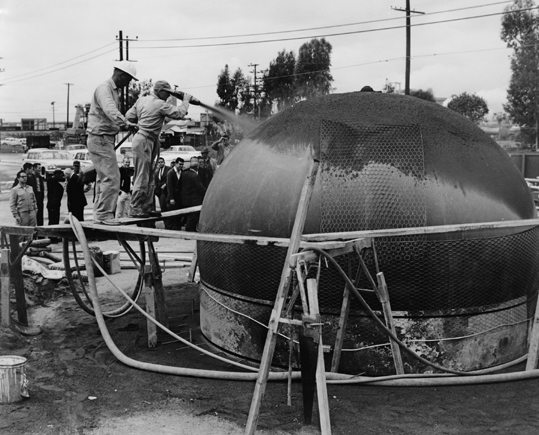 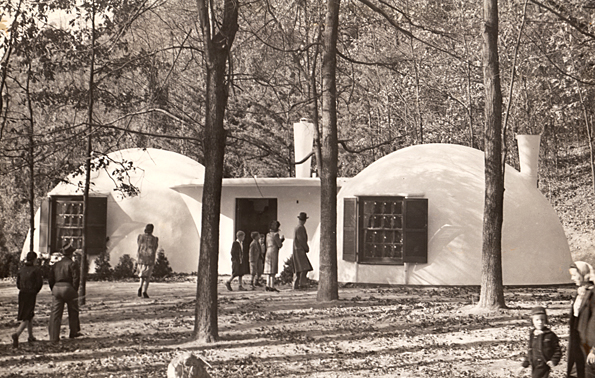 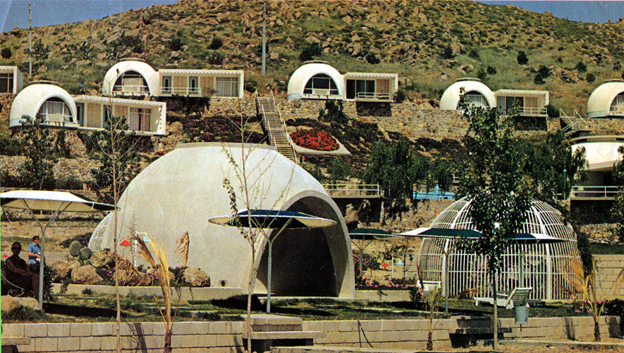 “Build thee more stately mansions, o my soul,
As the swift seasons roll!
leave thy low-vaulted past!
let each new temple, nobler than the last,
shut thee from heaven with a dome more vast,
till thou at last art free,
leaving thine outgrown shell by life’s unresting sea!”

From “Chambered Nautilus,” by Oliver Wendell Holmes, 1858, found among Wallace Neff’s personal notes and a primary source of inspiration for his development of bubble house architecture.

Incredibly these houses were able to be built in less than forty-eight hours, without using lumber or nails. They were more resistant to fire, earthquakes, and hurricanes than any traditionally built structure. This is not some trendy modern take on green prefab housing but designs that date back to 1941 when architect Wallace Neff (1895-1982) developed Airform construction as a solution to the global housing crisis.

“Sea shells have influenced the designs to some extent as they are one of the most nearly permanent and durable structures for living things. Developed by nature throughout the centuries to withstand tremendous pressures and hazards of the sea, these shapes offer mankind protection from natural destructive forces as well as new man-made forces.”

Best known for his elegant Spanish Colonial-revival estates in Southern California, Neff had a private passion for his dome-shaped “bubble houses” made of reinforced concrete cast in position over an inflatable balloon. Neff often referred to these as “bubble houses,” and considered them his most significant contribution to the field. He hoped the bubble houses would be his legacy, considered his greatest contribution to architecture.

No Nails, No Lumber (DECEMBER 15) by Jeffrey Head shows the beauty and versatility of Neff ‘s design in new and vintage photography, previously unpublished illustrations, and archival material and ephemera.

No Nails, No Lumber – The Bubble Houses of Wallace Neff is out now on Princeton Architectural Press For more information on this architecture book visit www.papress.com