David Shrigley’s crude, childlike renderings are humorous, memorable, and often unnerving. Famous for his stick figures set against satirical text, this year The Hayward Gallery is showcasing all of Shrigley’s diverse talents in this major London art show. The playful exhibition, Brain Activity, includes sculptures, animations, paintings and sounds from throughout the career of one of Britain’s most surprising cult success stories.

Shrigley likes to play on the element of surprise – to shock at first glance. But in this London art show, visitors will be surprised before they even reach the exhibition space. Stepping into the lift, the audio starts, a soft and gravelly American, dripping with sincerity: “Do you remember way back when, in the old days, when we were both monkeys swinging around in the trees and you’d let me pick the fleas off you and I’d eat them? I loved that”.

Shrigley wasn’t always tipped for success in the creative industries. As he told the show’s curator Cliff Lauson: “At art school I wasn’t particularly seen as being a high-flyer”. But, beating the doubters, he came to the fore in the late 90s. His books are bestsellers, and his wit and style have heavily influenced pop-culture, as well as countless contemporary artists.

Even if you know David Shrigley intimately, you won’t have seen many of the weird and wonderful creations in Brain Activity. The 43-year-old artist made a number of new works for the show. A Very Large Cup of Tea, among them, nicely complements a drawing in another room stating, in his iconic block capitals: ‘A CUP OF TEA WILL RESTORE YOUR MENTAL HEALTH’.

Shrigley is heralded as one of the most humorous artists of our time; this humour is expressed in his subject matter and his rendering. ‘Stick Figures Having Sex on Car Hood’, is a car hood, minus the car underneath, with steel stick figures on top representing as well as stick figures ‘humanly’ can, the sexual act. The hood, pathetically lying on the floor, mocks Hollywood-style sex scenes enacted on car bonnets, while the stick figures themselves are laughably sexless.

He likes to take the piss, and to piss people off. In one room is a collection of 116 drawings; as visitors take their time to examine the pictures, the sound of his animation ‘Ones’ rattles in the background. A long finger-nailed hand picks up a cup with a die, shakes it, drops the die, and rolls a one. Over, and over again it rolls a one: like he has a fetish for failure.

The exhibition is made for the space, and takes full advantage of it. An expansive but concrete-heavy view of London is interrupted by 3D letters on the Brutalist balcony saying ‘LOOK AT THIS’. Faced with a hellish collection of black steel insects, autonomous hands, and unidentified orbs filling the end of a white room, the visitor can exit stage right, through a square hole in the wall.

Exhibition spaces have been adorned by around 7,000 of Shrigley’s drawings, but this is the first major UK retrospective where all of his creations have come to life. It is a small but perfectly formed, carefully curated exhibition which sticks its nose up at culture and convention, and bids a warm welcome to the surreal, the sinister and even, now and again, the abject. 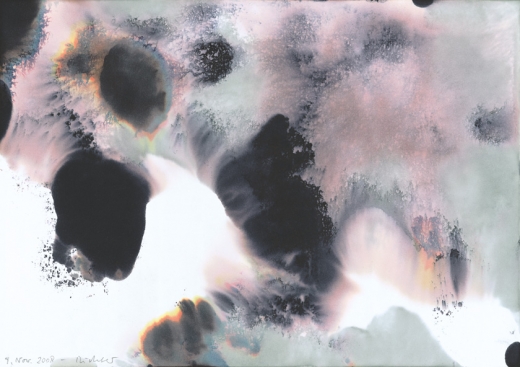 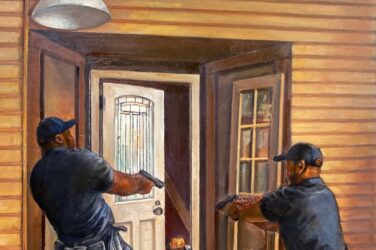 The case of Matthew Zadok Williams – why was this painting banned?

words Lee Taylor On April 12 2021 Matthew Zadok Williams was having a crisis. ...