Glass after glass, can after can, craft beer has officially taken the UK by storm.

It’s been over a decade since 2007, when Brewdog opened their doors in Aberdeen and began to brew kegs of hoppy, hazy IPA, influenced by the growing tide of West Coast breweries taking advantage of the punchy, fruit hops native to the US of A. We’re now a country swathed in bottle shops, railway arches, brewery collectives and phenomenal bars. 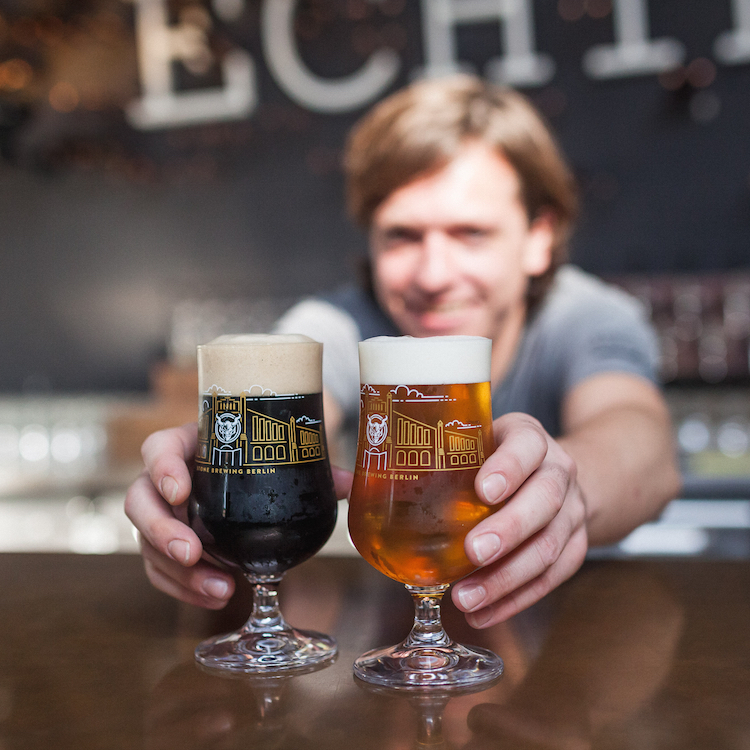 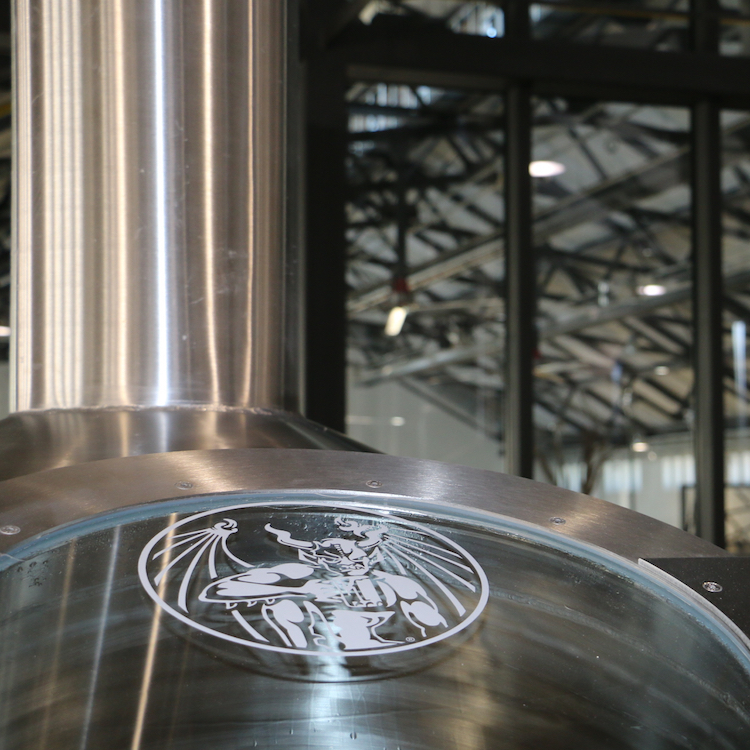 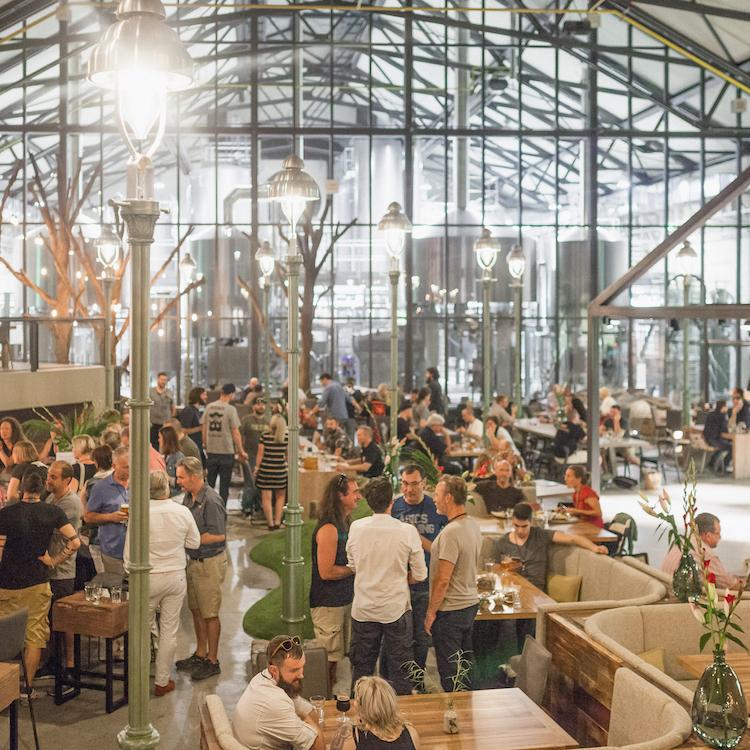 It’s in this context that Stone, one of the fathers of the craft revolution in the US, and a source of inspiration to Brewdog, have finally hit the UK. Having celebrated their 20th birthday last year by opening a new world brewery in Berlin, Stone are the elder statesmen of an industry that has new innovators popping up week by week. Having bought hoppy, punchy IPAs to the west coast, Greg Koch and his team’s sights are now set on Europe. Look around your local Tesco, and you’ll notice squat, stubby cans, emblazoned with the brewery’s mark – a scowling gargoyle – Stone are here, and they’re here to stay.

Their ethos, espoused by Koch himself, has always been an unparalleled, unshakeable faith in quality. I caught up with Greg in London, at a launch event to help promote the brand in the UK. Affable, passionate and well-bearded, Greg has a clear vision that permeates everything about the brewery, from can design to architecture.

“You know I have this crazy idea that we could have a world that’s only filled with awesome stuff. Where I don’t have to be an expert, because as a non-expert I’ll only have awesome stuff presented to me. It’s such a learning curve whether it’s cheese or coffee or beers, or you know you can go down a very long list, music, right?

“I want to buy a bicycle. I have to do a lot of research to keep from being fooled into buying a piece of junk, or just something that isn’t that great. Might not even be a piece of junk, just isn’t that great. What if all of the bicycles I could possibly choose from were just really great bicycles. Then I would not have to worry about making a mistake. This is a crazy world that I’m suggesting.”

Their new location in Berlin, Stone World Brewery and Bistro, is possibly the best articulation of Koch’s ethos. Hidden away near Marienpark, abutting the thriving hipster area of Neukölln, the brewery occupies the site of an old gasworks. A colossal, towering brick edifice houses the beating (European) heart of Stone – a 100,000 hectolitre, state of the art brewing machine.

Walking up the winding path, past the brewery towards the Bistro, it’s likely I experienced a slightly different view to your own, should you visit. Colin, our host for the day, shares that Greg felt the initial approach was not ‘quite right’, on his last visit, and landscape architects are busy working away in routing a small river to the surface to provide a babbling brook. Colin shares this is the third such redesign. Previously the province of generals and engineers, the level of obsession with having ‘everything just right’ permeates into the fabric of the Bistro itself.

A towering, triple-height space crashes together industrial chic with elements of nature, recalling Stone’s roots in California. A mixture of tables that resemble architectural pieces as much as areas to eat food from have beautiful, weathered stumps sat around them. A staircase is vine-wrapped, and a towering edifice of wood faces it off.

The main bar itself is simply colossal, housing 50 taps, ably covering Stone’s impressive range, as well as an array of ‘friends’ of the brewery. The barman himself is shipped in from the US, and maintains a healthy dominance over the dark expanse of wood. The focus on quality, thankfully, pervades to the beer itself.

We start with a Stone Berlin version of Ruination, a punchy double IPA. Vibrant and aggressive, served fresh it’s a triumph, a tribute to what a beer that might frighten your grandmother should be. From the Pilot series of small options, we try the Italian Brown Ale, a resurrection of a traditional European recipe with a modern twist.

It’s rare that you can visit a bar, and decided exclusively to drink stouts above 10%, and have enough variety to keep you busy long until you’ve forgotten which ones you have and haven’t drank. And yet each beer feels carefully curated – our bartender suggests pairings to go with each course. A grazing platter of cheese and sausage flings together Germanic meats, terrines, cuts of excellent French cheese and beautiful smoked almonds to great effect. Breaded castelvetrano olives are small explosions of flavour, paired excellently with a glass of Tangerine Express. Korean style pork ribs are, in all honesty, a slight miss, the rich marinade too heavy and fatty for my palate.

Stone Bistro is the sort of place you could spend an eternity. We stroll from corner to corner, darting from Swedish 1950’s sofa to carved wooden loveseat. In the summer, movie nights (typically old classics) and an outside grill give you the impression that you could possibly just camp in the back field, and return each day to stroll through the towering halls. Greg’s vision of a place that promotes quality above all else seems to be a reality.

If you aren’t spinning through the capital of Germany any time in the next year or two however, wander into your local supermarket. A can of Stone IPA will set you back somewhere in the order of £2, and keep an eye out for the seasonal Xocoveza, a mocha chilli stout that heralds the arrival of Christmas on the west coast. For those of you with a penchant for quality, the cost of the flight is worth it. 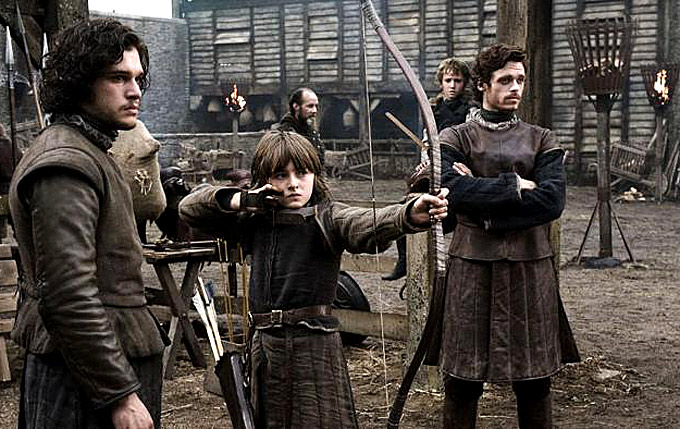 ‘Can I have your business card please?’ – The rise of The Supper Club ... 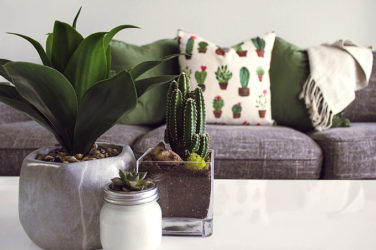 words Alexa Wang If you have a friend who just got into a new ... 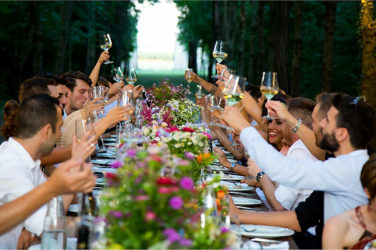