Festival No 6: All about the dance with Bowers & Wilkins – words Septemba Grant

Hiding away in a far flung corner of Wales, this years’ Festival No 6. blew out the final breaths of summer with its usual eccentric verve. This year for us it was all about the dance, as we took respite from the downpours at the Castell Gardens stage hosted by Bowers & Wilkins.

Whilst its sixth year saw one of the muddiest and wettest Festival No. 6’s we’ve ever adventured through, the weather held back from the extremes of last year when torrential rain flooded the car park and stranded hundreds of festival goers. Of course, the site itself is always one of the stars here, with the sublime pastel-collage of the Italianate village framed, when you can see through the mist, by rolling Welsh hills and cold Irish Sea.

This year the line-up combined the usual array of surreal meets absurd, with infinite amounts of folk, indie, rock, random comedy and theatrics at every Portmerion twist and turn. We love this festival, and all its complexities that compliment the layers of the surroundings. The headline acts got increasingly outlandish as the weekend progressed, with Scottish shoegazers Mogwai followed by the hyperactive Bloc Party and the bonkers Flaming Lips (whose costume changes culminate in Wayne Coyne on a rideable unicorn). But whilst it might seem unlikely in this hidden corner of Wales, this year we were chasing the late night rave finding ourselves on a No. 6 dance music mission.

Hiding up in the woods, the Lost in the Woods stage hosted by Audiofarm was an intimate tribal gathering, pulsating top notch tech house and Psytrance all weekend. Venturing deeper into the Tangled Woods, PBR Streetgang and Crazy P electrified the site with sterling sets. After Lost in the Woods closed down leaving us craving more hard beats, we found respite at the Castell Gardens Stage which this year blew the roof off the festival in terms of line up and superior sound quality.

Positioned in the serene castle grounds of Castell Deudraeth, Castell Gardens is one of the most distinctive and unforgettable locations to dance imaginable. The stage was powered by the Bowers and Wilkins Sound System, debuting at No. 6 not only with their serious 4 speaker stack, but also bringing their sound engineers to the party. Suffice to say, their hardware and their skills really did transform the stage, delivering spine tingling ear candy with the kind of crystal clear sound definition and phenomenal bass that it’s tough to experience on the festival circuit.

Running until 3am, the stage became our festival hang out with its alfresco club vibe, and fabulous DJ and spoken word lineup. Jarvis Cocker and friends and Goldie delivered tremendous sets. Add to that great times throughout the weekend, catching Steve Davis (yes the snooker guy) and Kavus Torabi, Justin Robertson and Twisted Nerve’s Andy  Votel.

Elsewhere, overlooking the White Sandy Bay, the festival’s Grand Pavillion morphed into The Late Night Pavilion after dark, meaning one of the biggest stages gets to continue into the early hours. Pumping with the likes of Horse Meat Disco and Hercules & Love affair, Goldie rocked another set, with solid D&B for the Sunday night to close the festival. But we will say the sound and the vibe just could not compare to the Castell Gardens stage which for us made it extra special this year with the kind of must-experience sound quality that you just do not hear at festivals. Lord of the Dance wasn’t in it! Rave on Portmeirion.

Festival No 6 review: All about the dance with Bowers & Wilkins – words Septemba Grant

How to make your car Uber ready

by Thomas Browne Courtney Love exhibition ‘And She’s Not Even Pretty’ Ever wondered what ... 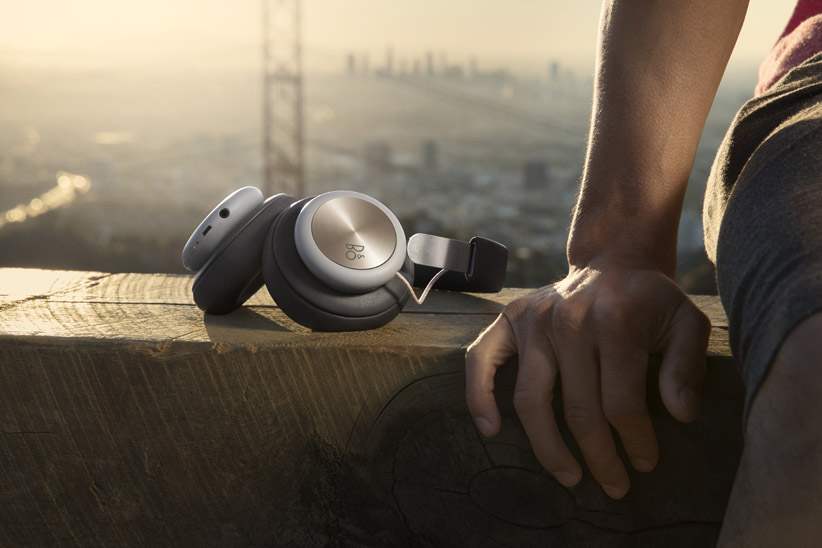 If you seriously fancy yourself as a talented young creative and you’re just looking ... 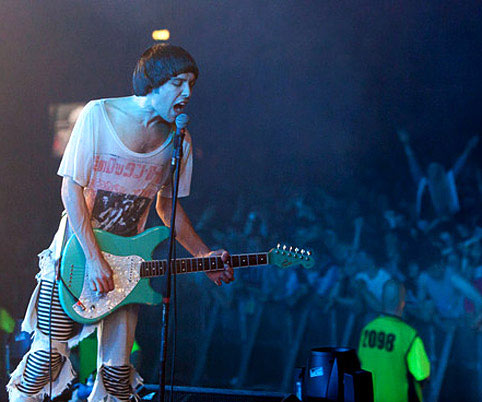 The Cribs Get Dirty at the 100 Club

Converse are well known for their association with the more adventurous side of contemporary ...