This evocative, atmospheric Icelandic fashion shoot is by Íris Stefánsdóttir & Friðrik Árnason. The images are inspired by the stories of the Icelandic ‘Hidden People’ or Huldufólk.

The Hidden People in the Icelandic legends are described as beautiful powerful, alluring beings living inside the rocks and the mountains. Stories about the Hidden People often involve people being ‘taken’ by them to their underworld where. Once there, the stolen would be treated to eating, drinking, dancing and singing. 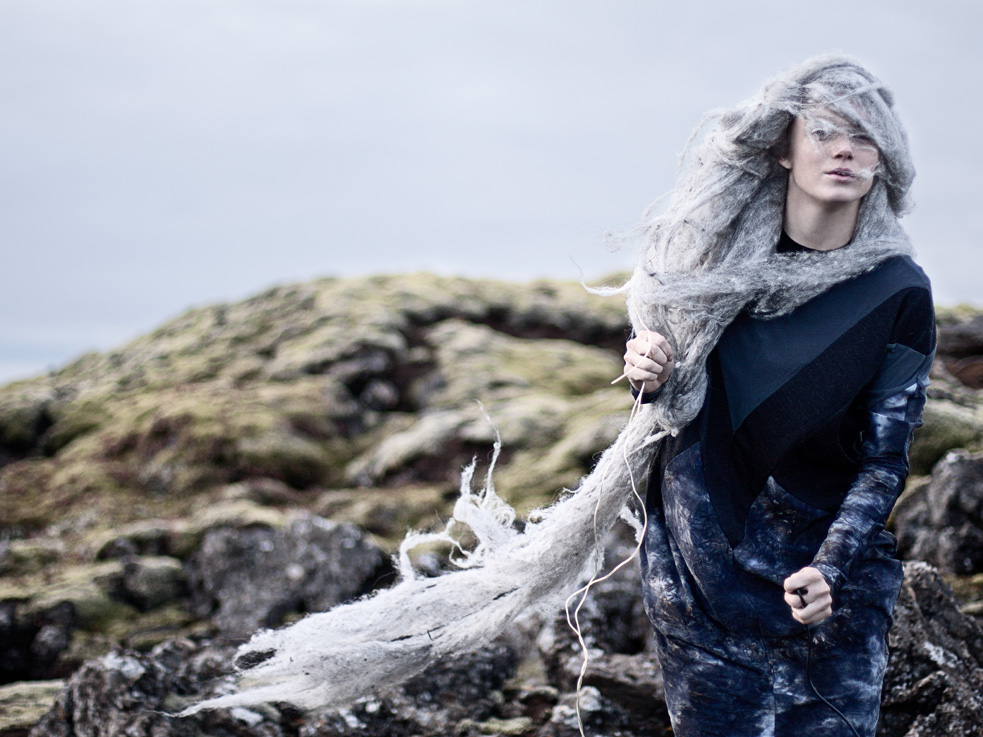 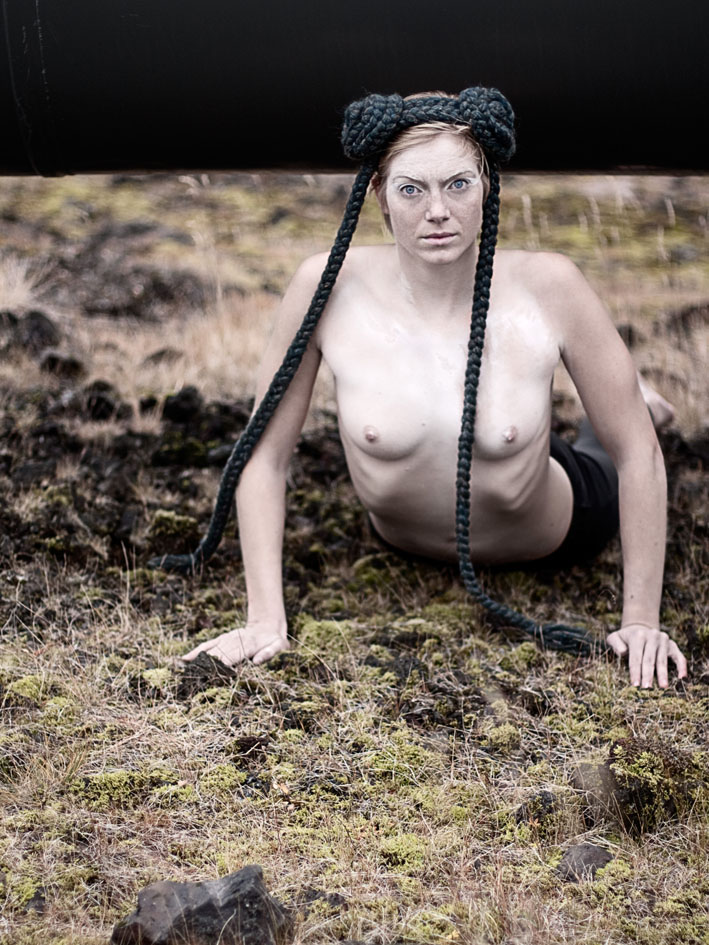 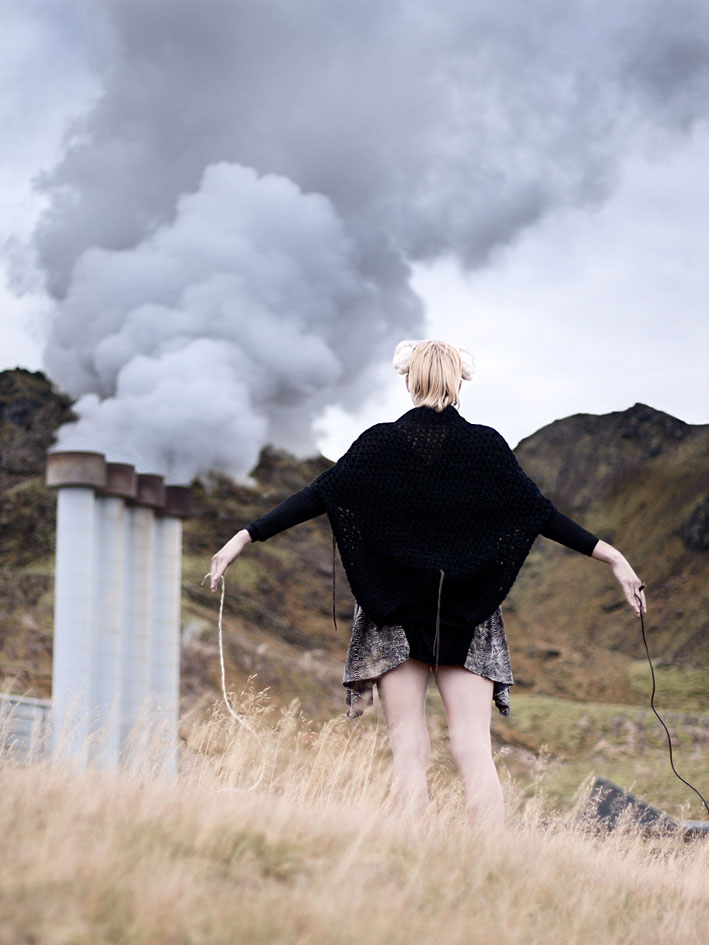 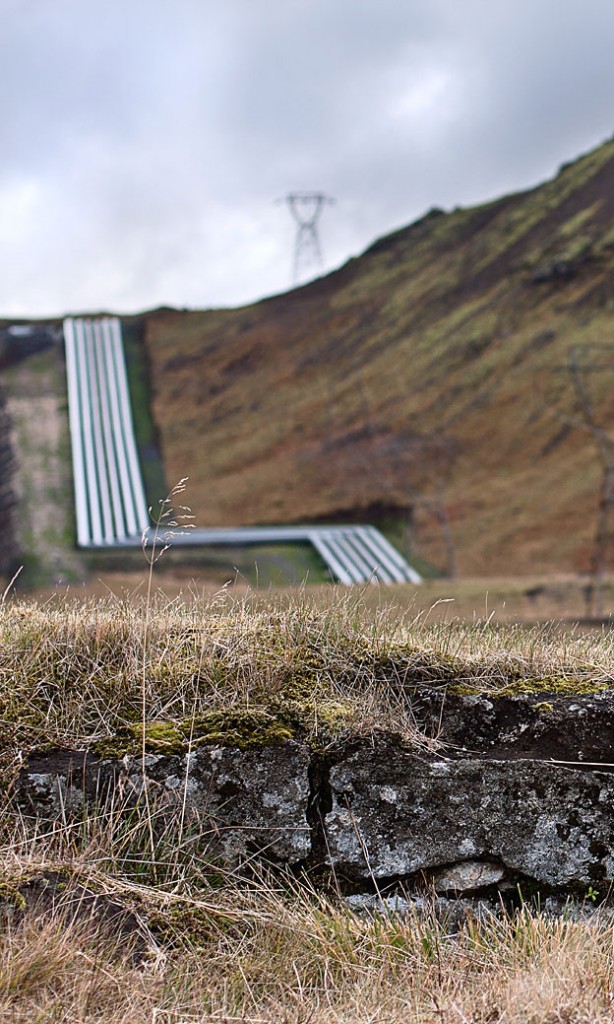 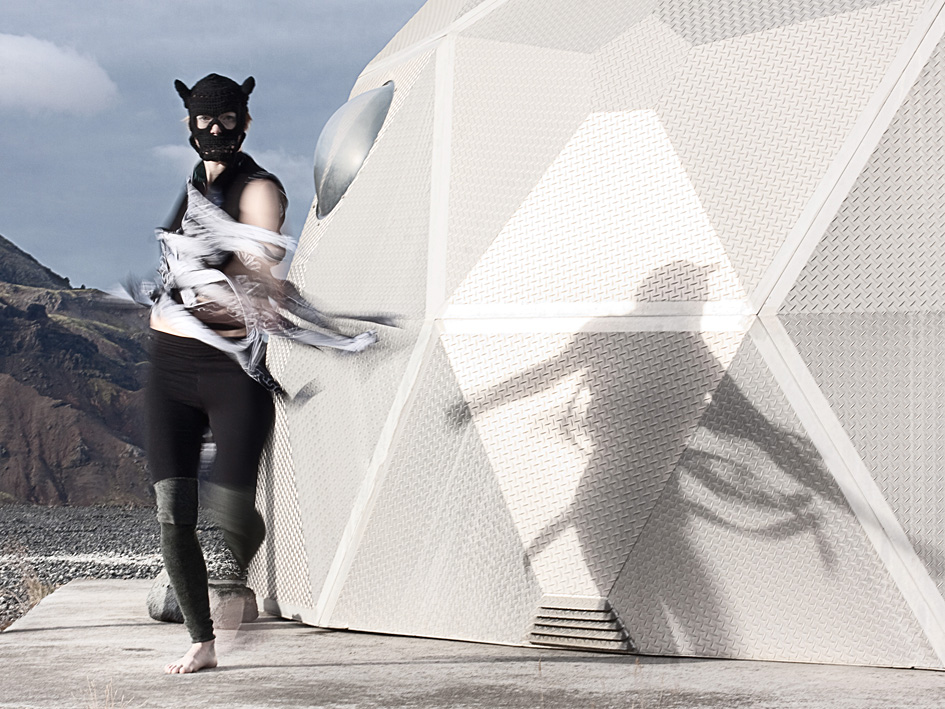 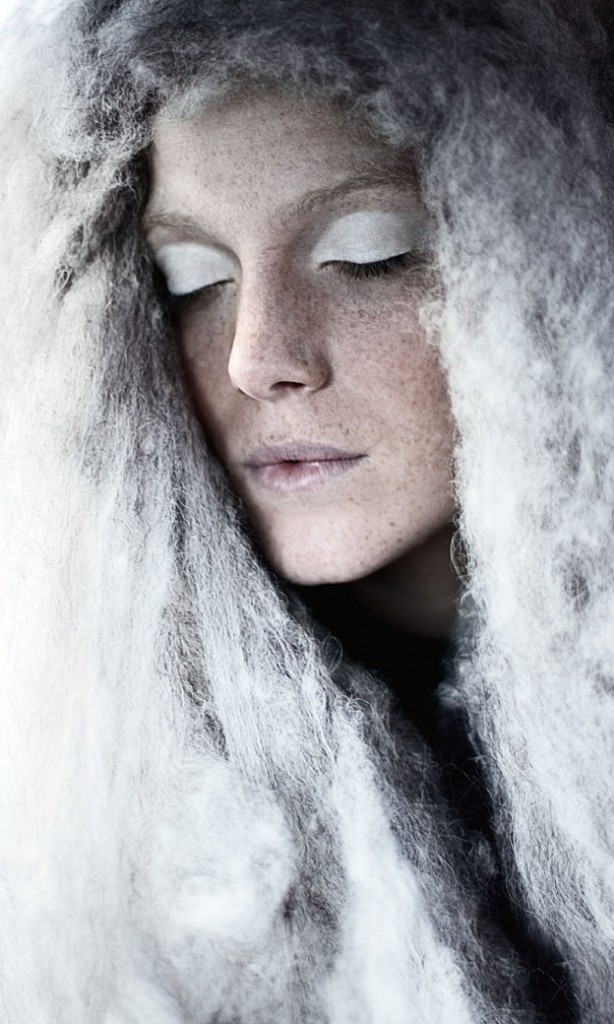 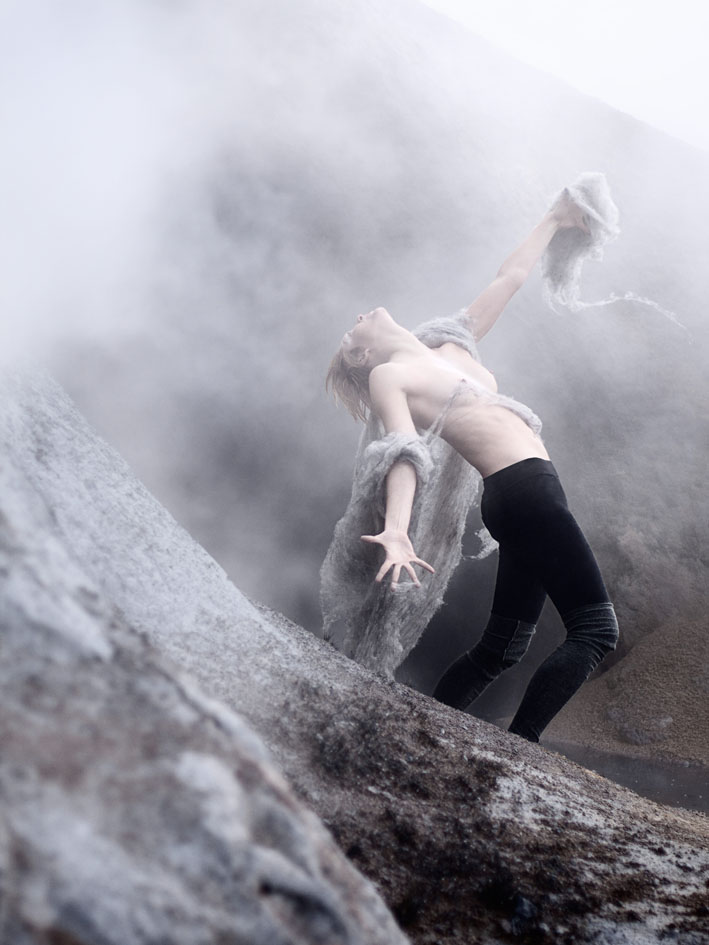 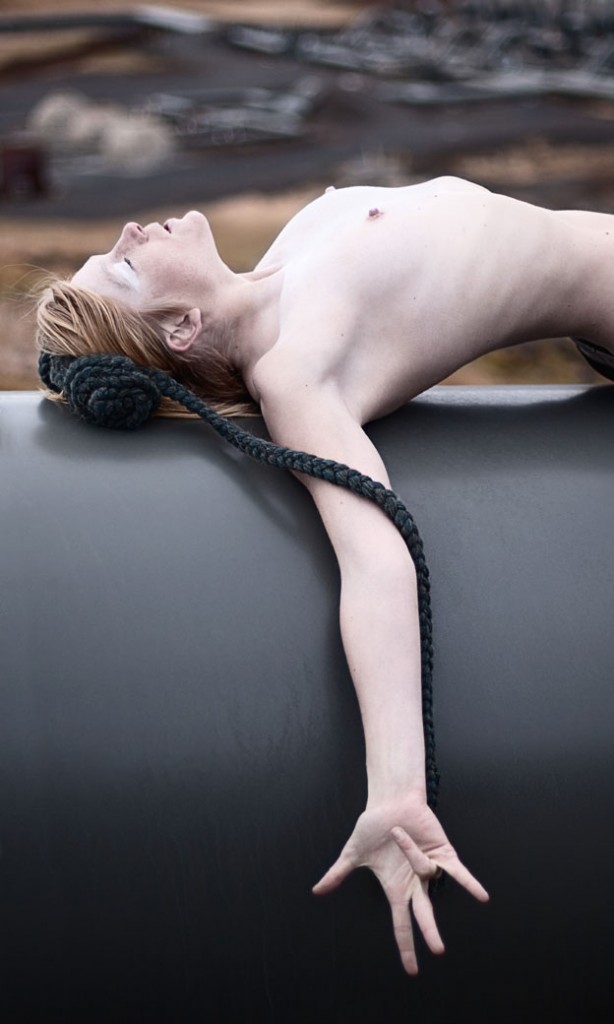 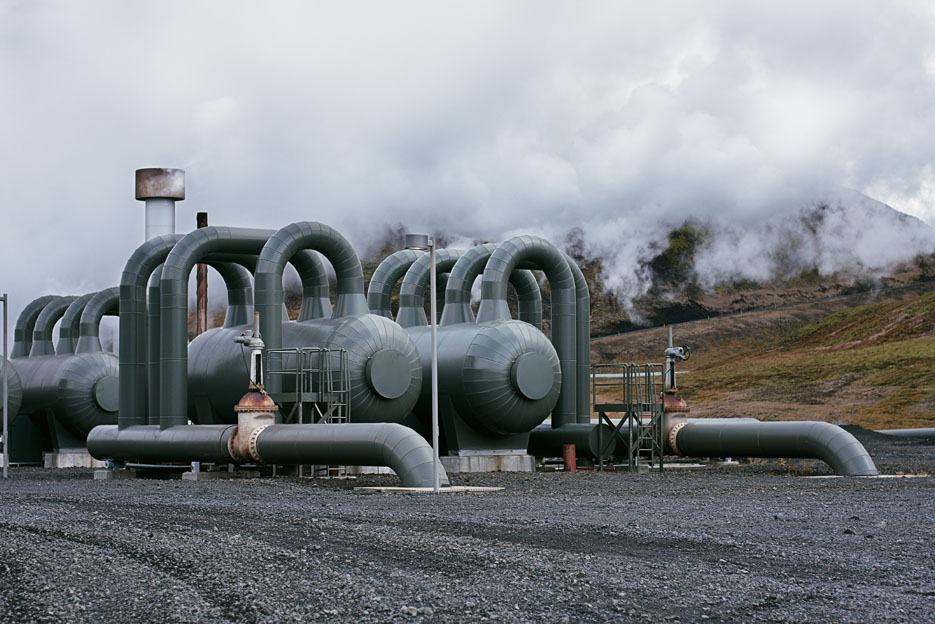 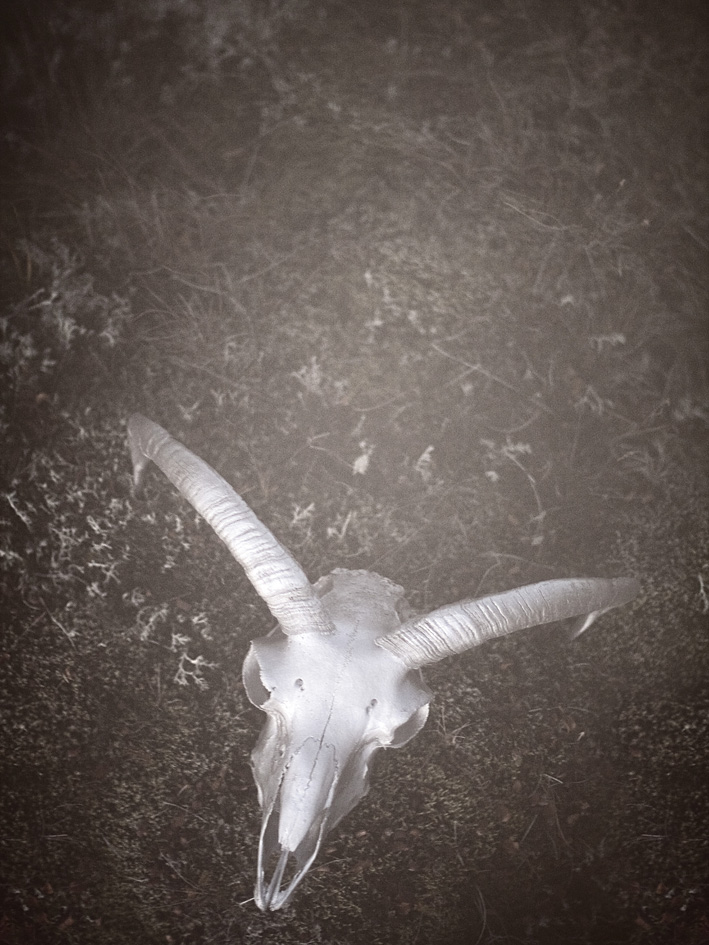 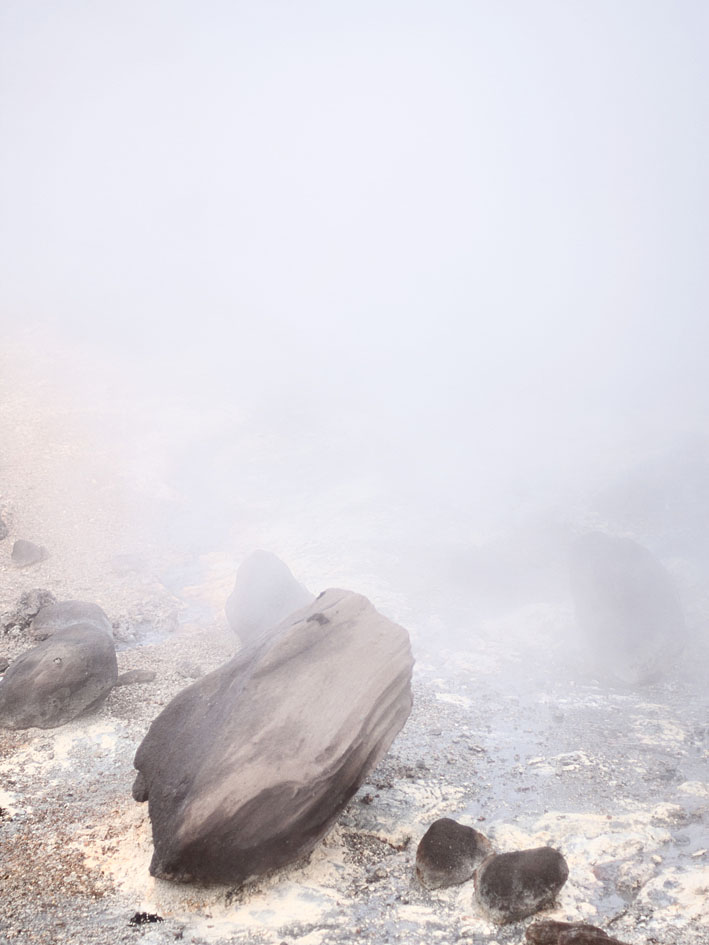 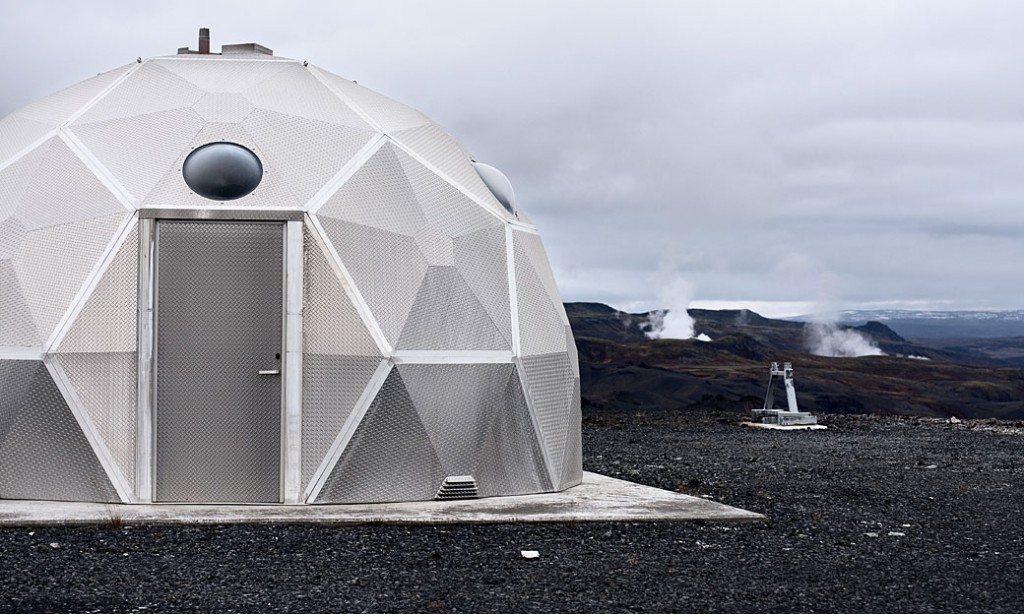 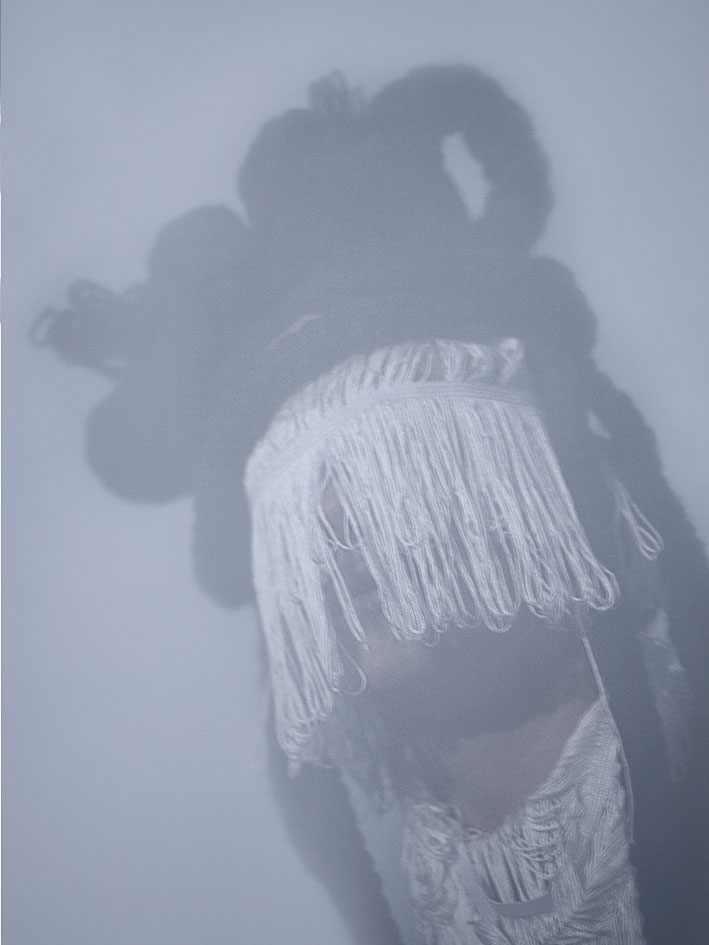 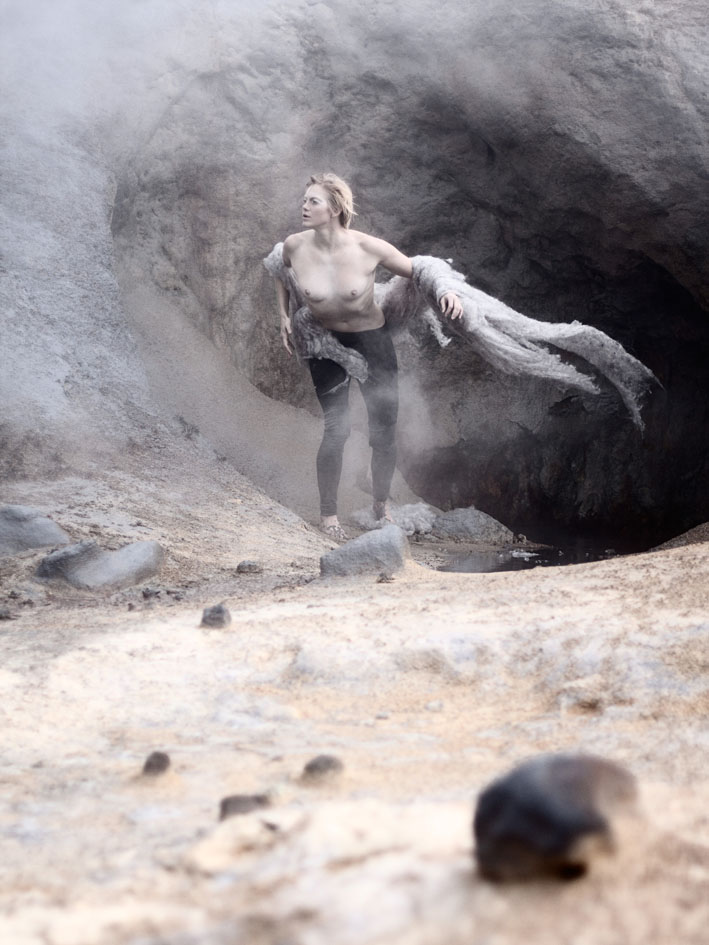 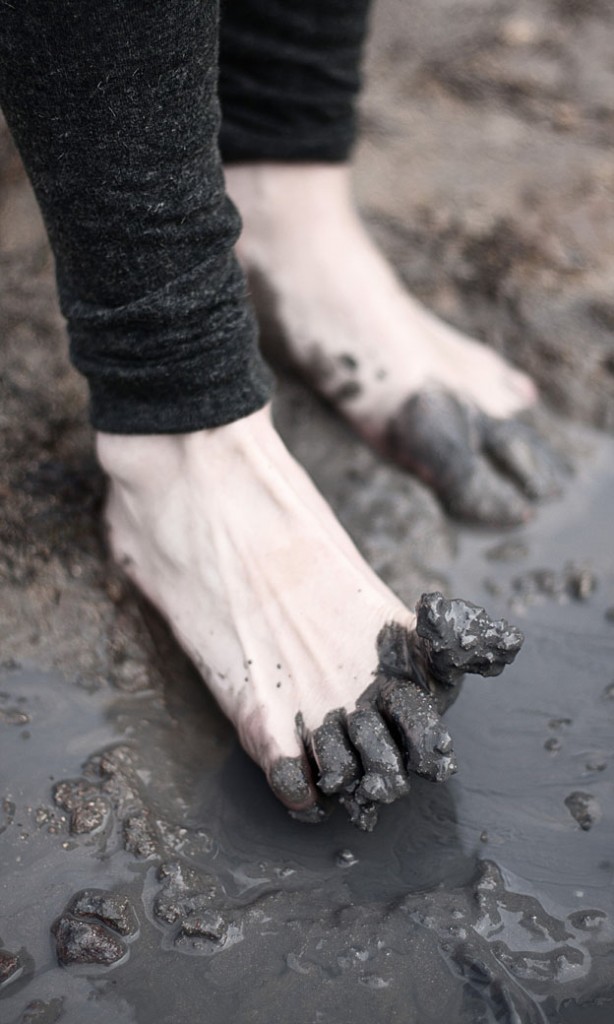 Recommended and for full credits view in full screen

The Hidden People are described as either completely good, or absolutely evil. In Íris and Fridrik’s story, we see into a future where a woman of the Hidden People emerges from the underworld. The Icelandic mythical creature is furious at the effect humans have had on the natural surroundings, with their constant building and pollution of the air. The story boldly features Icelandic actress, Saga Garðarsdóttir, whose striking, beautiful presence gets over the fury and the sadness her character feels.

Featuring designs by some wonderful Icelandic fashion designers the story conveys a mystical and evocative iceland fashion winter. The concept is a perfect fit for its subject. It references the old customs, landscape and culture. These are motifs  which often surface in design from the volcanic landscape of the Northerly island. The fashion sits as if it belongs in the Icelandic landscape and is part of the folklore Huldufolk stories of Icelandic trolls and elves. Enjoy! 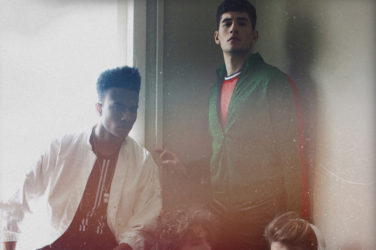 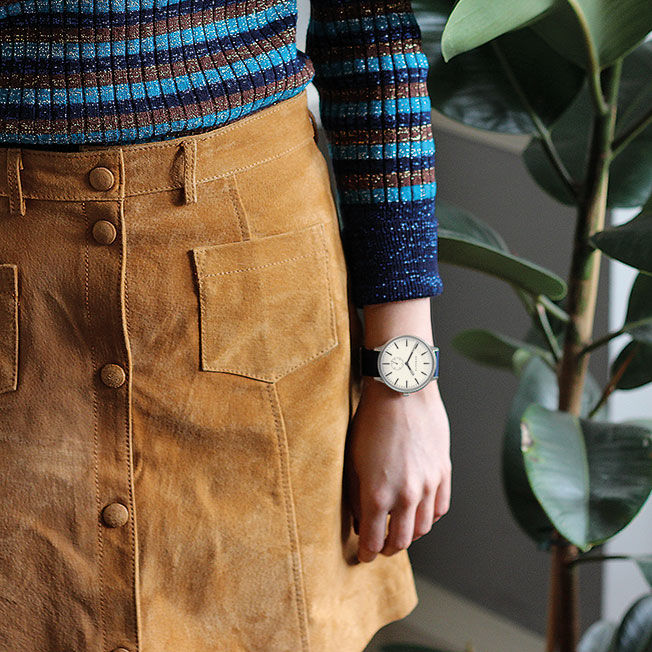 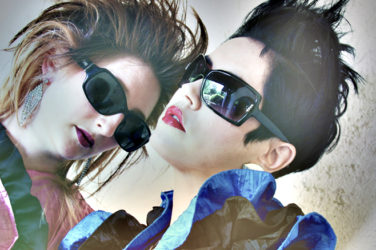 words Al Woods The 80s is recalled as one of the most indisputable decades ...