I’m running my outfit choices for Hunx past my girlfriend, Esther. I’m partial to some high camp, but she wants me to pass unharmed through the football fans swarming in Manchester today.

I’m never sure how to reconcile the different identities in me. Man/Woman, Straight/Gay, all just different shades of the same thing. 50 shades of gay… 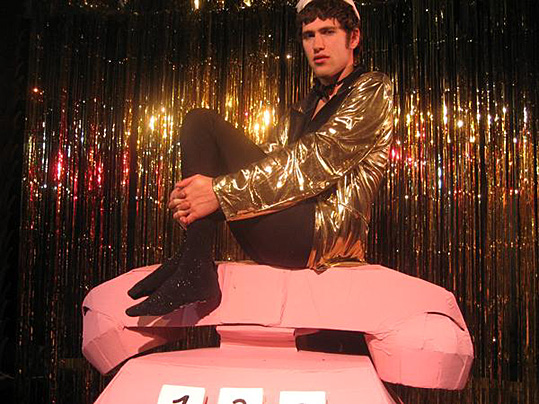 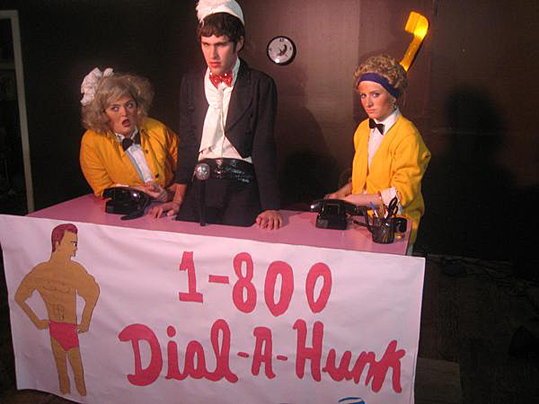 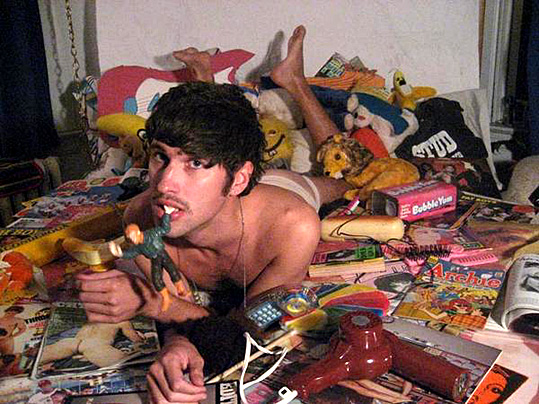 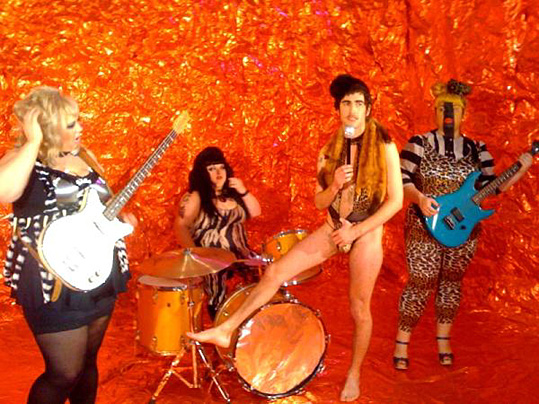 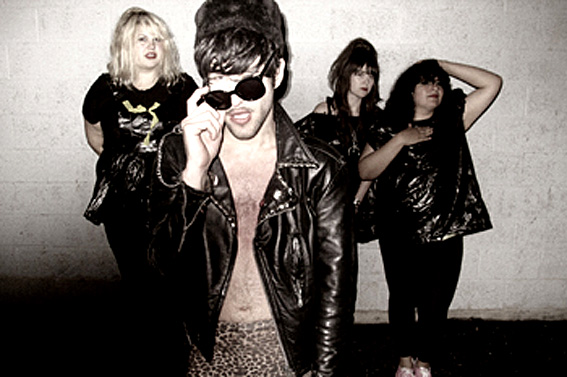 It’s a day of similar opposites. Two teams divide the city with a Rubicon of tepid lager. Two style tribes with uniforms to match. Football fans victory-stomp to a gamelan band in Piccadilly Gardens; Northern Quarter hipsters rejoice in the glare of an Instagram flash. Two sides of a coin; flip it fast enough and they merge into one.

Man City’s extra time goals against QPR hoist them triumphantly above Man United in the Premier League. Bouncers stand where pubs are split down the middle. “There are two teams and two cities,” says a handlebarred hipster, “Manchester and Salford.”

It’s towards this Other City we wander post-match to catch the campest band in the cosmos: a 20-minute walk through Manchester’s post-industrial hinterland (or prime real estate, as it is marketed) to Islington Mill. Among the exposed bricks and potting plants of this isolated playground, the sports question subtly changes from “what team do you support?” to “which side do you bat for?”

“Lesbian hate band” Woolf have Sylvia Plath on drums, and a secretary singer who pitches forward when she screams. “This song is about George Michael,” she explains, before lurching off the stage:

“George Michael/ You made me cry!/GEORGE MICHAEL/YOU MADE ME CRY!”

Out of their DIY scrum comes occult anthem ‘Witch,’ casting a monosyllabic spell over Salford’s waifs and strays. Then it’s back to more shouty, messy songs.

Between bands, I find HUNX at the merch stall. The Errol Flynn-faced, microphone-cocked, pop Prince Regent has been a naughty boy.

“Is that a lovebite on your neck?” I say cheekily, before translating: “That’s a hickey, isn’t it?”

“A groupie?” I say, scandalously.

I run out of chitchat and so ask to try on the best tee of the bunch, covered in a sharpie drawn Hunx Magazine complete with low class classifieds. Being a prude with moobs, I opt to change in the loos. It’s a perfect fit, and I buy it.

BFF George re-appears and drags me outside.

“Guess what!” he says conspiratorially, “I didn’t know where you’d gone so I said, “Where’s Vienna?” and Hunx said, “Aww maan, he’s trying it on in the toilet. I was hoping he’d try it on here so I could see his bo-dee…Oh well.”

Next up is The Niallist vs. Tranarchy, a John Waters supergroup of ersatz Perry Farrell, Beth Ditto, Divine, Dan Deacon and a girl writhing in a cage.

Divine strips to sequined hot pants. Cage-girl escapes and dry humps a pillar. Booze and pop-culture tragedy transform hipsters into footy fans, fist-pumping to Fight for Your Right (To Party). The beard & belly combos get me thinking of Alan ‘Lovehandles’ Ginsberg, who (nearly) said this about the band:

I saw the best outfits of my generation stretched tight over rock and roll,
Hollering, Crooning, Half-naked,

“Can we have more smoke?” repeats Hunx until all we see are Punx silhouettes.

He instigates a “wet underwear contest” and two Hollyoaks extras instantly make their way to the stage. I appear to be clambering up there too.

“I hope you’re all wearing tighty whiteys…!” He croons.

I whip my trousers down to reveal…baggy pink boxers. I look round at the competition- they’re still fiddling with their belts. What kind of hussy am I?

The boy next to me has got his six-pack and straining tighty-blueys out now. I unzip my zippy shirt, suck my belly in and try not to look at the audience.

Hunx hurls water at our crotches.

“Who wants no. 1 to win?” he demands. There’s a half-hearted cheer.

The cheer is louder this time. God, this is going to be humiliating.

I get the combined applause of the other guys and somehow, ridiculously, win. “Congratulations, you win…Nothing!” Hunx says, but I pull him forward and plant a smacker on his lips, which are half round the microphone. I taste sweat and metal.

Back in the audience, in the candy-coloured light and glissando of Spector-esque harmonies, topped off by an encore of Tiffany’s I Think We’re Alone Now, the coin of my identities spins so fast they blur into one. 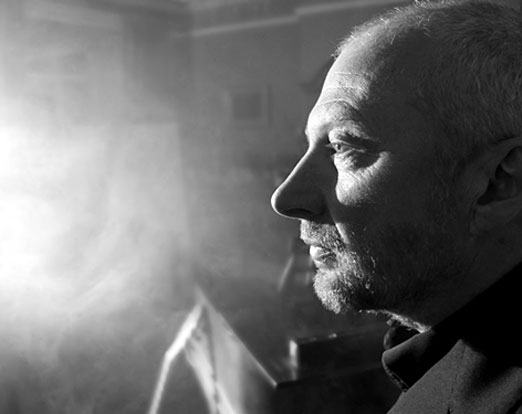 Black (aka Colin Vearncombe) on pledge campaigns, his new album and brushes with fame ...