There’s a paradox at the heart of art: Great literature has a universal appeal that breaches the world’s political and aesthetic borders, and yet it is exactly those borders that dictate what greatness is.

The canon – the giving or receiving of greatness – operates in much the same way as every other kind of power, by building barriers and controlling who crosses them. Regardless of whether these are literal (Trump’s Mexican border wall or the London location of major publishers) or metaphorical (the glass ceilings of industry), they set the limits of the possible, controlling what enters the canon and what remains outside it. 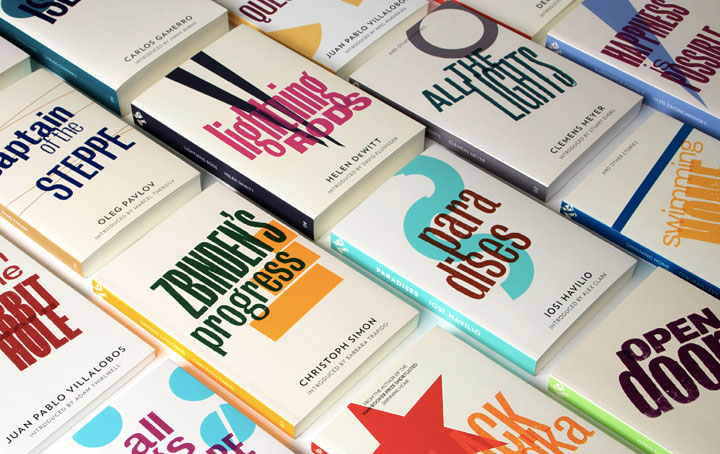 But fear not – alternative voices always manage to push up through the thick tarmac of taste. Alongside the multinational publishing houses predictably represented on this year’s Man Booker fiction shortlist, there’s His Bloody Project, a novel issued by a Scottish press consisting of just two people. Similar underdog triumphs abound in the last decade: Galley Beggar Press’ discovery of Eimear McBride, who’s neo-modernism went on to dominate 2015’s literary awards (also a main attraction at this year’s Manchester Literature Festival); see also And Other Stories, who nabbed Deborah Levy’s Swimming Home before it was shortlisted for the 2012 Man Booker Prize (she has since repeated the trick with this year’s Hot Milk).

The rise of And Other Stories in particular suggests a future for fiction that dares to be different: the small press is a not-for-profit social enterprise committed to discovering and translating the best of the rest of the world’s books and, thanks to an upcoming relocation, is about to become a defining voice in the North’s cultural conversation.

I caught up with founder Stefan Tobler and their brightest star, Mexico’s Juan Pablo Villalobos, both in town to promote his latest novel, I’ll Sell You a Dog at Sheffield’s Off the Shelf Festival. A whipsmart & cerebral comedy-thriller about losing time and finding happiness, the novel features a black market in ideology where ideas replace armaments and books are kidnapped instead of people. This hilarious high-concept Mexican satire, published in 15 languages, showcases the universal appeal of good literature. Over corn chips and black tea, we discussed the way both the novel and the publishers that brought it into being were driven by a desire to challenge the mainstream.  As we talked, a picture of hope emerged. Based on our conversation, I present to you a Manifesto for 21st Century Publishing:

If you seek diversity, you will find it…

And Other Stories are the Indiana Jones of indie publishers, making daring expeditions to corners of world lit that mainstream presses, with their fierce protection of a canon they co-create, fear to tread. A glance at their diverse catalogue reveals rich pickings from Russia, Sweden, Argentina and Mexico, as well as English authors neglected by larger London presses. The common thread is that each offering transcends its origin.

When artists challenge the canon, it’s usually a sign they are becoming an institution themselves: think Taylor Swift v Spotify, or Morrissey demanding his autobiography be published as a Penguin Classic. This was a move that simultaneously exercised his power and exposed the system he operated in. Incidentally, Juan Pablo Villalobos’ Off the Shelf talk was soundtracked by Mexrrissey, the one and only Mexican-Morrissey-cover-band. Unlike their live set, Mexrrissey’s album (released earlier this year) contains no Smiths songs because Johnny Marr refused their license. The Smiths had stuck it to the man by redefining who that man could be; by taking the path of Morrissey, not Marr, Juan Pablo Villalobos’ I’ll Sell You a Dog overturns the idea of the artistic canon. He describes how the novel emerged from his “frustrated PhD thesis about forgotten writers in the first part of the 20th Century in Latin America,” – people effectively “erased from literary history.

Mixing Hamlet’s ghost with Marty McFly’s family photos, I’ll Sell You a Dog has at its centre the ghost of Manuel González Serrano, a forgotten Mexican painter whose erasure from history it’s the protagonist’s job to prevent.

By offering a platform for the un(der)represented, And Other Stories sidesteps the canon; refreshingly in Villalobos’ alternative art history, Diego Rivera & Frida Kahlo are rendered as mere minor players. Instead, Serrano takes centre stage, first in the flesh and then as a ghost, his hyper-reality both uncomfortable and necessary. Serrano was in fact the Grandfather of one of Villalobos’ best friends and died an ignominious addict’s death; forty years later he had his first solo show; history had finally been rewritten.

Collaboration for the Nation

And Other Stories have joined the Northern Fiction Alliance, a powerhouse of small presses located in key cities across the north: Manchester (Comma Press), Liverpool (Dead Ink Books), and Leeds (Peepal Tree Press). Perhaps, then, Sheffield was chosen to complete the set? Stefan laughs at the implication. “We’re not trying to divide up the north between us. My brother has lived in Sheffield since he finished university, so my wife and I visit a lot. The fact that there isn’t a fiction publisher here makes a lot of sense.” Even so, there’s comfort in knowing that we’re now covered and that publishing is being de-centralised away from London’s myopic metropolis. The Northern Fiction Alliance was founded to promote authors on an international stage; it’s just secured Arts Council funding to pitch their best authors at the Frankfurt Book Fair (take that, Brexit!). Working together to win is all well and good, but is there a danger they’ll eventually fight each other for the same audience? Stefan quickly disagrees, arguing perhaps surprisingly that their ultimate competition is with Netflix.

And Other Stories & Netflix both rely on subscription. But while your money part-funds the latter’s original content, the rest is kept for profit. And Other Stories offer something far more personal and pleasing in return: your name printed in the back of the novels you help to publish, plus every penny put back into the books. I joke to Stefan that if they get too popular, there will be no room for all the names. He grins and holds up the final pages of the first and latest Villalobos books: the font has been scaled down as subscribers have swelled.

Above all, And Other Stories make books you want to rub as much as read. “Right from the start,” Stefan explains, as I fondle I’ll Sell You a Dog‘s shiny cover, “we always wanted the books to be well made and beautiful.” He pauses. “You want to do something that you’re proud of.”

Indie publishers have a lot to contend with. Indie publishers have a lot to contend with. The nation’s biggest bookseller is also its worst: W.H. Smith demands fees from many publishers to be stocked in its stores. Even Waterstones can be hard for smaller publishers charging for many of its in-store promotions. “There aren’t enough independent bookshops in England and in a way that’s Waterstones’ fault too,” Stefan tells me. “[They] expanded so much that every town has one or two and that doesn’t leave a lot of space.” Instead, it’s the independents who get most excited about new novels. Stefan tells me about Mr B’s Emporium in Bath, who for the launch of Villalobos’ Quesadillas hired a band to play songs inspired by the book, and offered a selection of topical food and drink: eponymous quesadillas, tequila, and – referring to where the uncle grows his ‘pot’ plants – watermelons. Sadly, Stefan is at pains to point out that “they didn’t have the marijuana”.

Finally, watch what you eat!

Committed to the literary, Stefan describes genre fiction as a kind of “comfort food” – predictable, ultimately unsatisfying, and dodgy of provenance, just like the tacos in I’ll Sell You a Dog. Instead, And Other Stories offer food for thought that bites back. I think there’s more than enough room for both in anyone’s diet.

Overall, the message is clear: while Brexit and Trump have narrowed their notional worlds to align with national borders, independent publishers are working hard in the opposite direction, opening up realms of possibility that offer readers freedom without limits.

Last-minute Christmas in London? 10 of the best festive events

You're in London, it's busy, it's Christmas. You want to do something festive. So ...