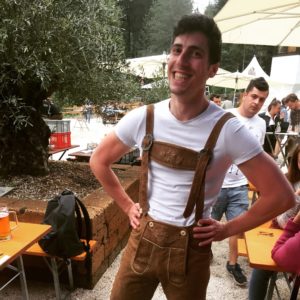 ‘This’ says Triana, pouring out liquid gold into a glass, ‘is a living beer’

Triana has been drinking beer for forty years, most of the time as a professional. Working for Trumer, one of Austria’s most accomplished breweries, she’s responsible for crafting remarkable beer.

I taste my ‘living’ beer, the Trumer pils. After a single sip, I pull away in surprise. Flavour? In a pilsner? I didn’t think it was possible, and perhaps unwisely I say so.

‘You’re not the first one to say that!’ laughs Triana. ‘Pilsner has a bad reputation, but we want to show that in the right hands, it can be a beautiful drink’. 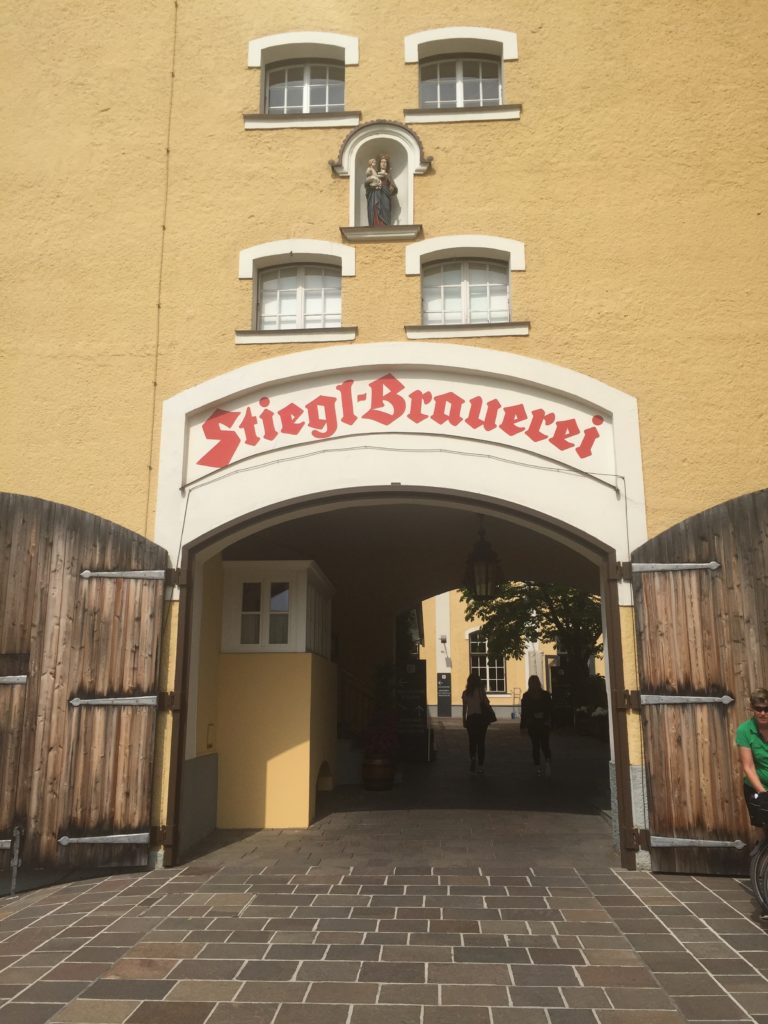 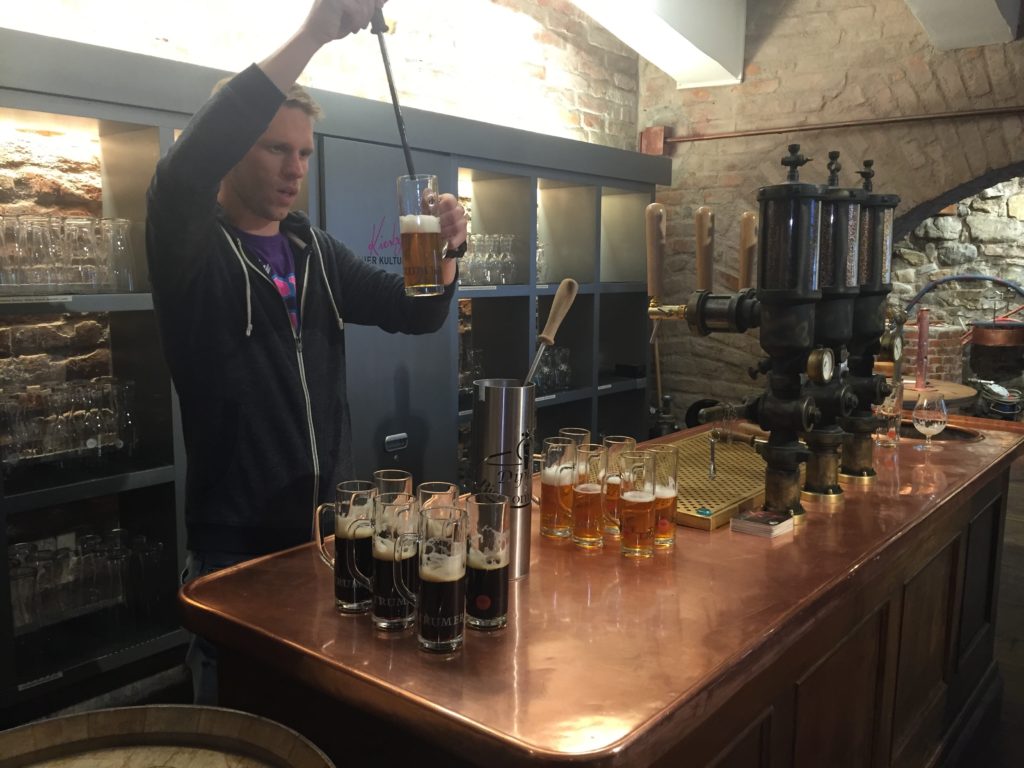 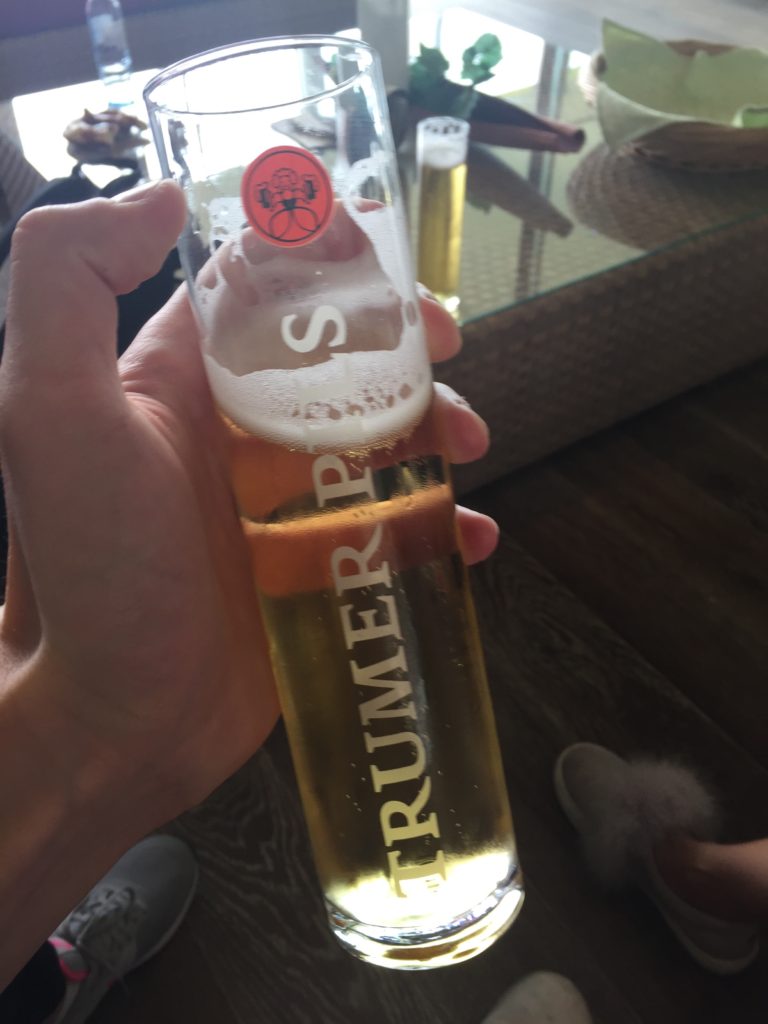 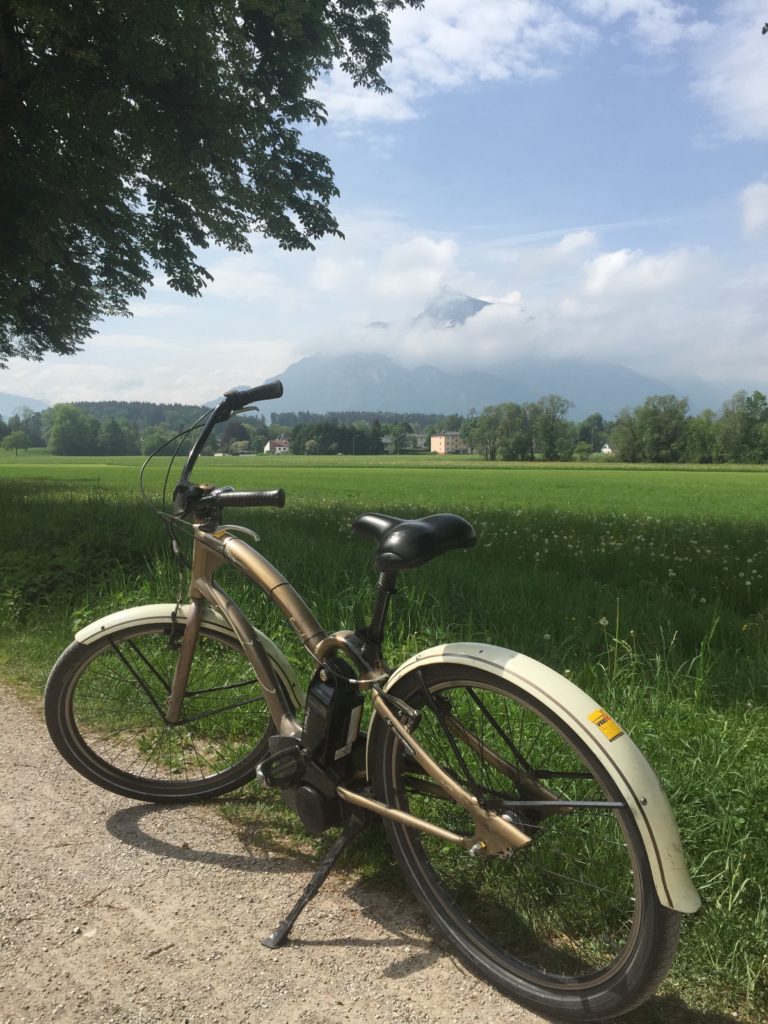 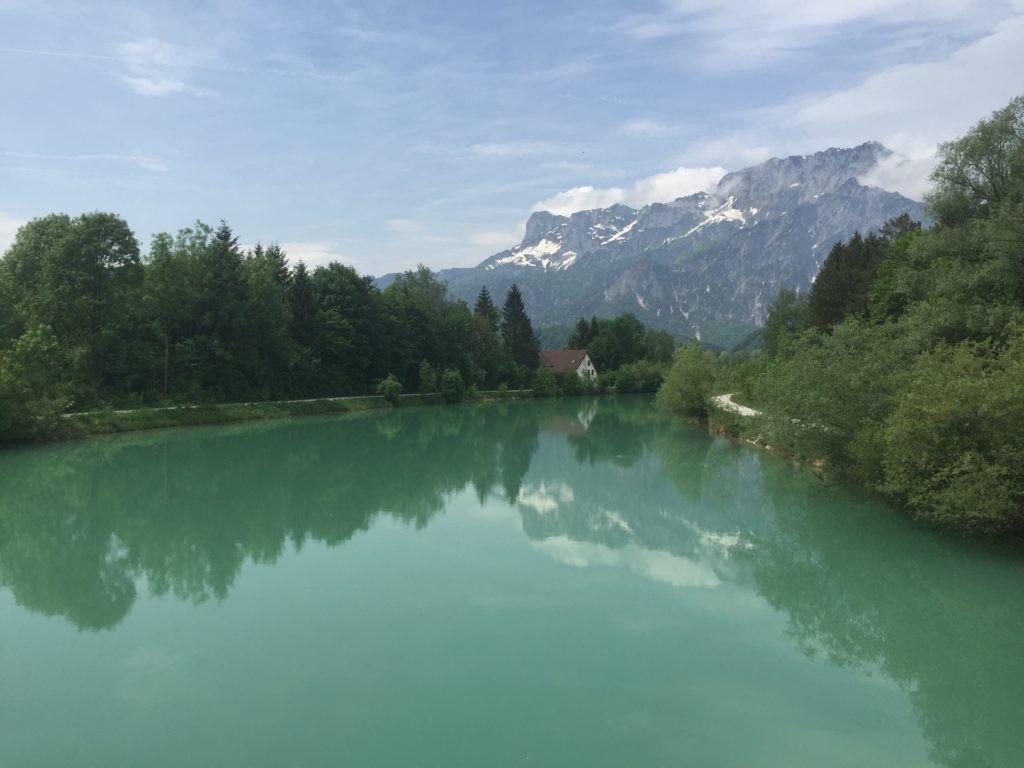 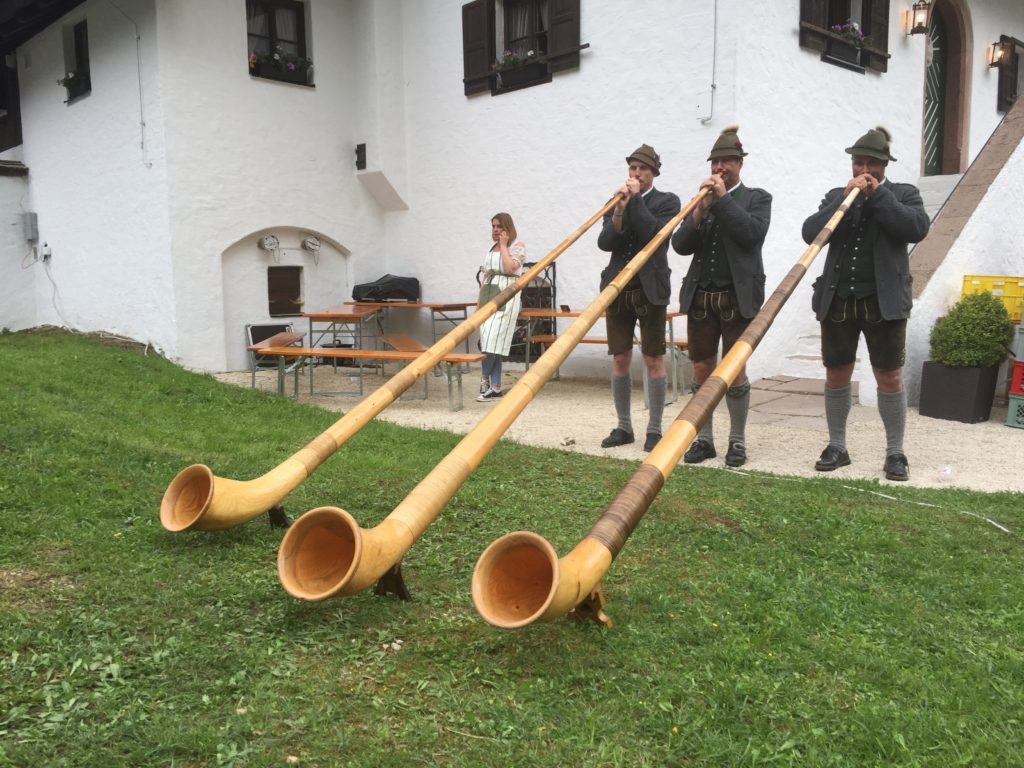 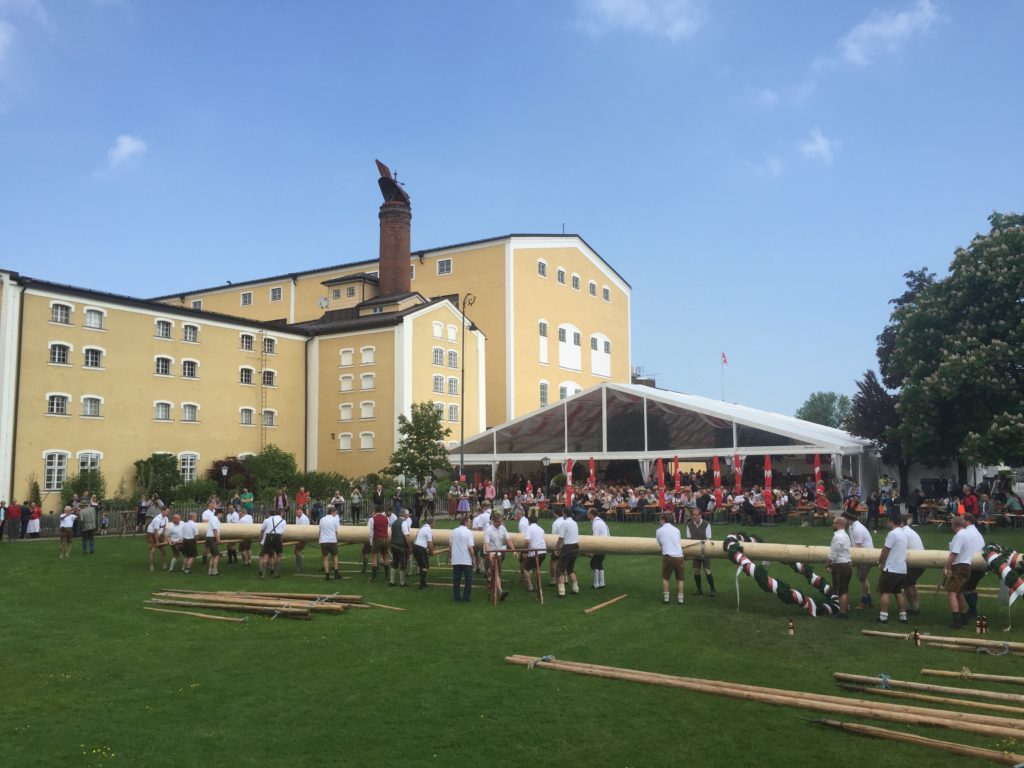 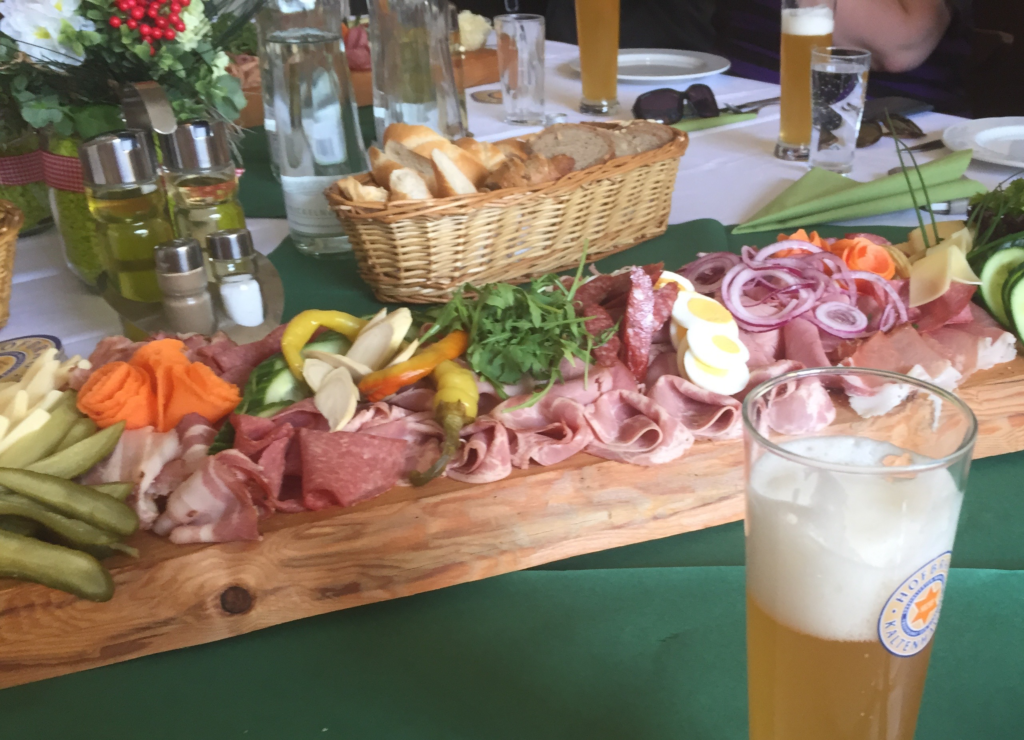 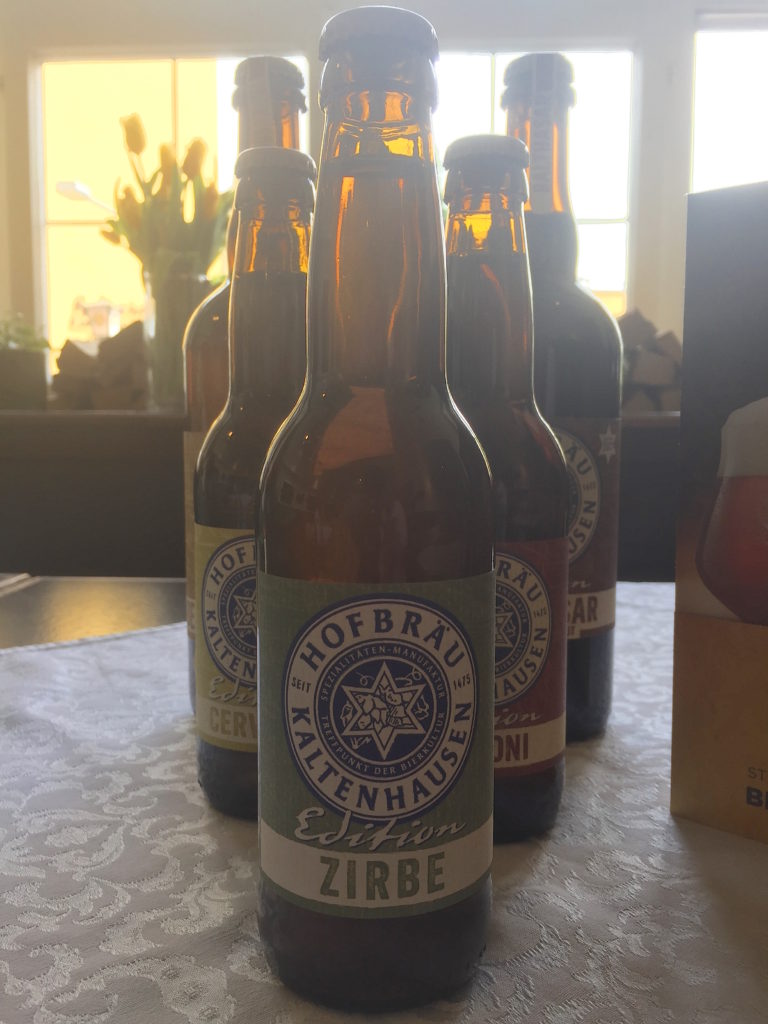 Craft beer is all the rage these days. But never mind the wacky craft IPA mongers giving the industry the middle finger. I’m here in Salzburg, Austria’s beer capital, to meet some of Europe’s oldest and most respected breweries. How are they coping with the rise of craft beers and ales?

‘Better than the Germans!’ jokes Oliver Klamminger, a beer brewer at the Bierkulturhaus. Presuming that this is one of those neighbourly rivalries, I laugh, but Oliver goes on to explain why. In Germany, the Purity Law decrees that beer must be made to the traditional recipe: hops, barley, water: and nothing else. Good luck making a dark chocolate mocha stout with that.

But with no such law to restrict ingenuity in Austria, experimentation is encouraged. Here at the Bierkulturhaus, in Salzburg’s Obertrum suburb, visitors can make their own beer. Oliver, a tall blonde chap with a friendly, diffident manner, talks us through the different grains we can use for our beers.

‘Try some! They taste pretty nice’

I scoop a handful of copper-coloured barley grains, feeling their smoothness in my fingers. They taste fantastic – malty, crunchy and a tiny bit sour.

‘And if you don’t find one that you like, there’s a kitchen next door with a refrigerator full of unusual ingredients’

Mistaking me for someone much stronger, Oliver asks me to grind up three kilos of the pilsner malt. I struggle to lift the enormous sack of grain to the grinder, before plunging a tray deep inside to scoop it up. Using an old-fashioned hand-powered grinder, I grind the grain into grist. Ten minutes and lots of panting later, we carry trayfulls of the stuff to a large cauldron.

‘Now the magic happens’ smiles Oliver, his eyes lighting up.

Twenty minutes later, we’re raising the temperature and adding the yeast. That way, the yeast will work faster, eating the sugar in the malt and breaking it down into alcohol. Oliver hands me a large wooden oar, telling me to stir the cauldron relentlessly so that nothing sticks to the bottom.

While the beer is brewing, we head down to the cellar, where the Bierkultuhaus’s vintage bottles are stored in a collection.

‘All the beers here are classics’ says Oliver, gesturing to the impressive collection.

‘So why is that Heineken here?” asks one of my colleagues, pointing it out.

‘To prove that some beers just don’t age well!’

Whether or not we’ve made a classic is open for debate, but Salzburg’s breweries definitely have done. The next morning, we head to Stiegl. Founded in 1492, it’s one of the oldest in Austria. Today they’re hosting an awards ceremony for Salzburg’s Best Beer Location. In a city of beer-maniacs, the competition is stiff. And even though it’s only 10am, beer seems to be the breakfast of choice. Keen to embrace the local traditions, I order myself a Stiegl and settle down for the show.

For the first time (and showcasing the strength of the competition), the award is shared by two winners: Die Wiesse and Fuxn. Rather than taking the judges’ word for it, we decide to test them out ourselves. Later that evening, we visit Fuxn. Not only is the selection of beer as impressively varied as you’d hope, but the food goes far above and beyond our expectations.

Luis Absmann, the owner’s son and a strapping Austrian, brings our food to the table – beef aged inhouse, glistening slabs of pork belly and of course enormous plates of schnitzel. It’s the best meal we’ve had in Salzburg.

The next morning, we’re in need of some serious exercise. Fortunately the weather is on our side – Salzburg’s old town is dappled in sunshine, illuminating the cobbled streets. After a stroll through the infamous Mirabelle Gardens and a tour of the historic city centre, we hire electric bicycles to take us further. As we speed through the sunshine, amid a dramatic backdrop of vast white mountains, we leave the city behind and begin our climb to the Hofbrau Kaltenhausen, the oldest brewer of Weissbier in Austria.

After an hour of cycling, we’re famished. Within the traditional brewery with its amber-coloured facade, we relish the coolness. We’re served with a two foot-long platter of cured meats, cheeses and vegetables, a greatest hits parade of mitteleuropean lunch fare. And, of course, some of Kaltenhausen’s beers.

Focusing on quality rather than quantity, Kaltenhausen only brew four beers. All of them are unpasteurised and unfiltered. We try each of them; the crisp, refreshing Pale Ale 1475 (the year of the brewery’s inauguration), the fruity India Pale Ale, the classy Original and the yeasty, potent Kellerbier. They’re a perfect partner to the salty charcuterie, and to the sunshine outside.

Like many of the beers we’ve tried here in Salzburg, Kaltenhausen’s are rich and tasty without being sickly – which means you can drink quite a few of them. Thankfully, we’re not cycling back.

Our final night is spent in lederhosen and dirndl, the traditional Tracht outfits famous in the Alps. There are over 30 producers of the clothing in Salzburg, and many of them offer rentals. I’ve never worn lederhosen before, and I’m surprised by how comfortable it feels. Despite the suspenders – or perhaps because of them – my body feels liberated and jaunty.

Started by the youth of Salzburg seeking to revive the Tracht traditions, #lederhosendonnerstag is a Thursday-night takeover. Open-air parties are hosted across the city, where the dress code is dirndl and lederhosen. We’re at Latschenwirt in Untersburg, a sprawling beer garden set in a forest.

Tonight, it’s full of men in lederhosen, ladies in dirndl, and plenty of pilsner. Here, the traditions of Salzburg are not just alive but thriving. Besides the beer, there are also yodellers, enormous alpenhorn instruments sounding long and mournful notes, and home-cooked Alpine food.

But it’s not stuck in the past. The contrast between the traditional outfits and the urban R’n’B dominating the dancefloor is delicious. It’s also a fitting symbol of Salzburg itself: tradition, modernity and a lot of beer.

To plan your trip to Salzburg, visit salzburg.info/en 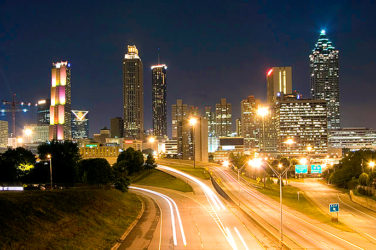 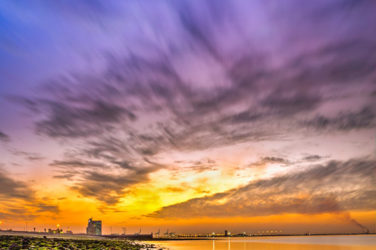 Top reasons why more bloggers are loving the Middle East

words Al Woods If you’re a travel blogger, or are hoping to make a ... 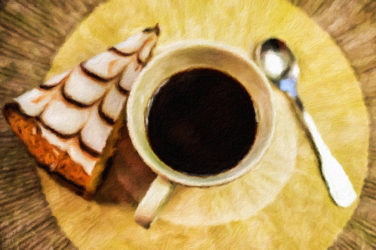 3 different drinks to make with an espresso machine

words Alexa Wang When you choose to use an espresso machine, you’ll likely want ...