Along with coding and Chinese, another skill schools need to start teaching today’s youngsters with immediate effect is the art of typing on your smart phone without looking. It would be immensely practical in instances where, say, your girlfriend looks up from the menu in a fancy restaurant and asks the question “Alright, what does the word Epicurean mean?”

Epicurean, it turns out after much bullshitting, means devoted to sensual pleasures. And that’s the word Bhaskar Banerjee, chef and founder of Lotus on Charing Cross road, has chosen to describe his particular approach to Indian fine dining, which combines traditional cooking techniques from all over India with lots of indulgent new ingredients like roe deer and great big Queeny scallops from the Isle of Man.


Sensual-sounding for sure – which makes an interesting contrast with the name Lotus, the symbolic flower of purity of body, speech, and mind (I had to look that up too: “while rooted in the mud, its flowers blossom on long stalks as if floating above the muddy waters of attachment and desire”). But that contrast sums up Lotus for me. The interior, replete with mirrors and dark grey surfaces, is elegant but rather anonymous. Why do so many Indian restaurants opt for conservative decoration, demand such seriousness, when what we come for is the exoticism and vibrancy of the food?

Thankfully the food here really does speak for itself, bursting out of the stairwell with technicolor flavours and aromas. There’s plenty of new experiences to be had in the vast assortment of starters: upon being seated we’re offered Rasam, a spicy tomato broth served in a small glass to cleanse the palate. Gone are the giant stacks of poppadoms, replaced with mini poppadoms, in three different grains, much thicker and less oily than usual and accompanied with apricot, chilli, mango and mint dips. Strangest is the Golgappa, a row of flour shells filled with corn and spicy water. Crispy on the outside, crunchy on the inside, they’re an interesting sensation: like dim-sum but more tactile.

Lotus is a meditation in balance and pairing – almost everything we order arrives with its own little palette of dipping sauce, and the waiting staff are impeccable at matching each dish to its corresponding wine. Goaded on by our lovely Maitre d’ we order a string of further starters: Masala prawn, Duck egg and lentil wraps, which are a tiny bit dry but nonetheless a joy to bite into. A towering pigeon masala dosa, whose conic structure is impressive and just the right thickness to add substance to the soft sauce inside. A metal bowl of rabbit kheema with roti, which is the unexpected highlight of the night: soft, spicy and edible by the bucketful. And finally, two meaty tubes of duck sheekh kebab, accompanied by zingy pickled red onions and an orange and date sauce – definitely a worthy addition to the list.

After not nearly enough of a rest we’re blasting on with the mains, which demonstrate the full gamut of Bhaskar’s talent for spectacle: an enormous lamb shank coated in molten gold leaf for Elisa, which effects some kind of Disney Princess regression in her, until I succumb to the temptation of dipping a finger in and break the spell.

Bhaskar himself emerges to see how we’re getting on, and tells us gold has always been a classic addition to meals at the Royal Palace in Rampur. Inert metals like gold and silver were even fed to the royal soldiers for their strength-giving properties. The gold itself is completely flavourless, which only adds to its sheer outrageousness on the plate.

I hit the jackpot with my own choice of a hefty lobster tail with Queenie scallops in a rich and creamy coconut curry. It gives the shellfish such a euphoric boost that I’m left wondering why it’s served any other way – this is Indian cooking.

For dessert we just about manage a sweet beetroot ‘halva’ parcel which arrives with a dish of almond kheer, sprinkled with more gold – both beautiful and not overly sweet, but perhaps a bit alien in flavour. The best thing I can say was that it was a relief to have something light by this point – I’m far more inclined to fill up on their starters.

It doesn’t come cheap, but overall, Lotus delivers on its epicurean promise, almost every mouthful overwhelming the senses well beyond the realms of regular British curry. Located thirty seconds from Leicester Square tube it’s a perfect spot for some pre-theatre culinary theatricality, even if the clinical interior does nothing to enhance its royal splendour. If you need to impress someone the old fashioned way, there’s few things more bluntly attention-grabbing than a molten gold-coated lamb shank. 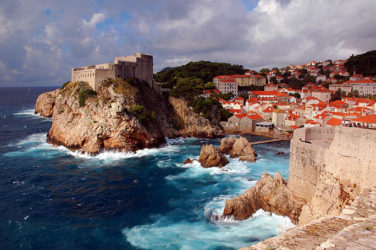 Best ways to visit Croatia – words Alexa Wang Croatia is among the hottest ...

It seems like a natural enough transition: Londoners, their arteries clogged and their buttons ... 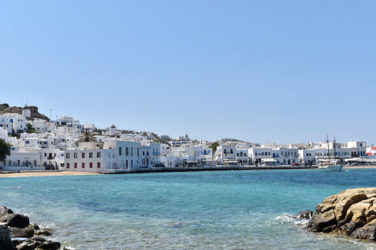 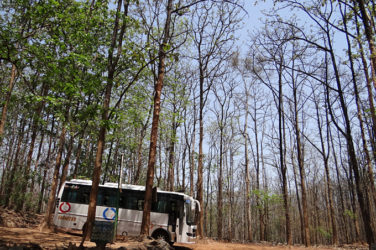 Luxury Traveling While On A Budget: Can It Really Be Done?

words Al Woods Who doesn’t want a bit of luxury occasionally while traveling? Having ... 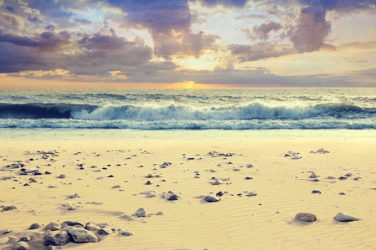