Can Parisian culture hold on to its crown? – words Chris Zacharia

We take going to France for granted. It’s so close, and so easy to reach, that popping over the channel for some wine, beer and pâté has become a reasonable thing to do.

But given the political uncertainty engulfing Europe, this is a good time to remind ourselves of our good fortune in being neighbours with the French – and having such easy access to Paris, justly one of the most visited cities in the world.

Despite the hostility towards Europe, it’s not hard to spot the Gallic influences in our culture. Roll-necks are making a comeback. Pain au chocolat are more popular than crumpets.

Yet no matter how good our croissants and coffee are getting, Paris will always have a certain allure of its own. Not only does contemporary Paris still retain its old romantic charm, the city itself has undergone repeated renewal. New museums, exhibitions and public spaces have reinvigorated Parisian culture, drawing us back over the channel all over again for Paris culture and customs.

Still, most Brits still go to France for the same reasons they always have: culture, food and wine. On a surprisingly bright Friday in February, I’m here for all three.

Each of the hotel’s twenty-six rooms is named after a writer, with one for each letter of the alphabet. I’m in ‘A’, named after Danish fairytale maestro Hans Christian Andersen. After double-checking what they’ve done for the letter ‘X’ (they’ve settled with Xenophon), I head up to the top floor in search of the Andersen room and am chuffed to see it has a clear view of the Eiffel Tower.

While my partner marvels at the size of the bathtub, I’m still firmly in literature land: there’s a passage of Andersen’s on the wall, but trying to translate it without Google is beyond me. A copy of his fairy tales lies tantalisingly upon the bedside table, taunting me with its impenetrable French.

You can see why Pavillon des Lettres is popular with sightseers – the Champs-Élysées is just around the corner, along with the Arc de Triomphe – but we’re interested in a far more recent cultural attraction. Opening in December 2016, Le Grand Musée du Parfum is Paris’s newest grand attraction – and it’s spectacular. Housed in a beautiful mansion surrounded by art galleries and luxury fashion houses, the Perfume Museum already feels at home here.

Starting underground, the museum takes you on a journey from the origins of perfume through to the science of scents and the art of the perfumer. Each section unites historical artifacts with storytelling flair and scientific underpinning.

We see the trysts lubricated by perfume told in vivid digital triptychs, from Antony and Cleopatra to Queen of Sheba and King Solomon. We learn that Napoleon used forty litres of cologne a month, even going so far as to drink a drop or two before battle. We smell kyphi, a compound incense of the ancients, and frankincense, wafting from deep basins. Ornate flagons of perfume, some intricately beautiful, amaze us.

Few museums successfully combine technology with tradition. Here it the two dovetail perfectly. Olfactory perception experiments, where your nostrils are nudged by different odours, have guests excitedly talking to one another, trading their experiences. You can ‘send’ scents digitally from one side of the room to another.

Best of all, the second floor’s ‘Art of Perfume’ exhibit uses a series of wireless orbs which, when placed to your nose, gives a particular smell; move it to your ear to hear a recorded message about that scent’s history. Even the gift shop is extraordinary – you can mix together any scent found in the museum to create your own perfume. A cut above the usual fridge magnets, for sure.

Our nostrils newly refreshed, we follow our noses to Bouillon Chartier for dinner. It’s one of those restaurants which has become an institution, which in a city as demanding of dining as Paris is no mean feat. A former railway station, Bouillon Chartier’s beautiful Belle Époque dining room has us gasping. We walk into imperious chandeliers, house-sized mirrors and a spectacular vaulted ceiling, taking our places on the communal dining benches.

If the dining room is luxurious, the prices are not; steack-frites is just €10, with jugs of sangria and decent French wine well below that. It’s not bad, either. My andouillette, which my waiter warns me about (“Are you sure you know what this is, monsieur?”) is pungent, tender within and crisp on the outside. The little girl on our table stares in fascination – presumably she’s never seen an English diner enjoying intestinal sausage.

The next morning, we head to Le Marais, an artsy district with a strong cultural heritage. Our hotel is on Place des Vosges, reputedly ‘the most beautiful square in Paris’. Ornate red-brick townhouses surround a well-kept garden, complete with a statue of its founder, Henri IV. On every side there are art galleries, exquisite patisseries and restaurants.

Our hotel, Pavillon de la Reine, enhances the beauty of the square. With its inner courtyard, it’s easy to forget that you’re right in the heart of Paris. Step inside the elegant lobby, and you’ll encounter excellent service and tasteful decor. Double doors open into Le Salon, where you can help yourself to a drink at the Honesty Bar while ensconced in the wood-panelled clubhouse cosyness.

As much as I want to crash in front of the open fire, we head upstairs to room twenty-six, the Arthur Rimbaud. A manuscript of the poet’s covers the entirety of the wall behind our bed. There’s a bathroom with a standalone bathtub, and a separate showering room. It’s all so tasteful. Suddenly I wish we didn’t have the allure of Paris to drag us back outside.

Back in Place des Vosges, we head to Maison Victor Hugo just across the square. One of the great French novelists of the 19th century, Hugo lived in a suite of rooms covering the entire second floor of what was once a hotel. The museum is cleverly designed so that each part of the apartment illustrates the different stages of Hugo’s life.

Even if you don’t care for Les Mis, Hugo’s musee is well worth a visit. Starting in the antechamber, each room is so ornately decorated that all the glory of the Third Republic is brought to life. The Chinese living room, in particular, has us gasping. Pavillon de la Reine pay Hugo homage, too – they’ve named their best suite after him.

From there, it’s a sunlit twenty-minute stroll to Notre Dame, and suddenly you’re back in the Paris of your childhood school trips: waves of excited tourists, miniature Eiffel Towers and the sugary sweet smell of waffles being cooked in the street.

After the traditional French brasserie cuisine of the previous night, we decide to head somewhere un-French for dinner. Melt, a loving homage to true American barbecue near Oberkampf, only opened in December 2016, but is already building itself a reputation.

In Paris, where French cuisine is immortalised, it’s surprisingly tricky to find decent barbecue. “We hear there are some excellent barbecue restaurants in London” co-founder Jean Ganizate remarks excitedly. Melt still has that we’ve-just-opened-our-dream-restaurant buzz about the place, and no wonder – it’s packed.

No wonder the Parisians flock here. There’s an authentic U.S. smoker, imported from Missouri. The beef is all USDA certified. And my goodness, their ribs live up to the restaurant’s name: they really do melt. Coal-black char on the outside, pink and gooey within, they’ve got a good claim as the best in the city.

Back at the Pavillon de la Reine, we mix ourselves a quick nightcap at the honesty bar. You make your own drink from the ample hoard of bottles, tick off what you’ve had on the slip and hand it in to the reception when you’re done. I pour a drop of Tanqueray gin and a bottle of tonic together and let them do their thing. Sitting in the soothing fireside atmosphere of Le Salon, the bustle of Paris on a Saturday night melts away.

After a good night’s sleep, we’re on our way back to Britain. My partner being a let’s-play-it-safe sort of person, we end up arriving at Gare du Nord about an hour early. We decide to check out the Eurostar’s much vaunted new business premier lounge.

Stepping inside for the first time, we’re taken aback by how light it feels. You’re transported from busy train-station to chic Parisian apartment. On one side, views of Rue de Lafayette; on the other, a huge panorama of Gare du Nord’s station concourse. In between are dozens of spaces in which to relax: leather booth cocoons, stylish easy chairs and plush sofas.  There’s even a circular cocktail bar.

We collapse into the armchairs by the fireplace, and get busy with some food. With Raymond Blanc conjuring up the dishes, you always eat well with Eurostar. Bowls of vegetable crisps, stacks of Parisian pastries and heaps of quinoa salads: everything is tasteful and tempting. Resisting the urge to neck a cocktail, we pour some fresh orange juice to wake us up.

No need: the Eurostar is so smooth, you could happily have a snooze. Waving goodbye to Paris is frustrating, because it’s a city with which you never feel quite finished. My consoling thought is that it is geographically so close to Britain – Brexit or not.

To experience the many festivals of Paris and Parisian culture Eurostar operates up to 21 daily services from London St Pancras International to Paris Gare Du Nord with one-way fares starting from £29 (price based on a return journey). Tickets are available from eurostar.com or 03448 224 777

Can Parisian culture hold on to its crown? – Hotels & food of Paris by Chris Zacharia 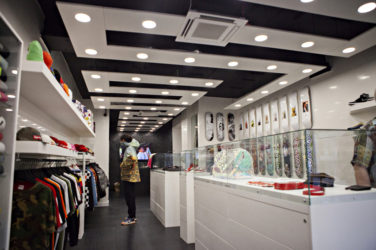 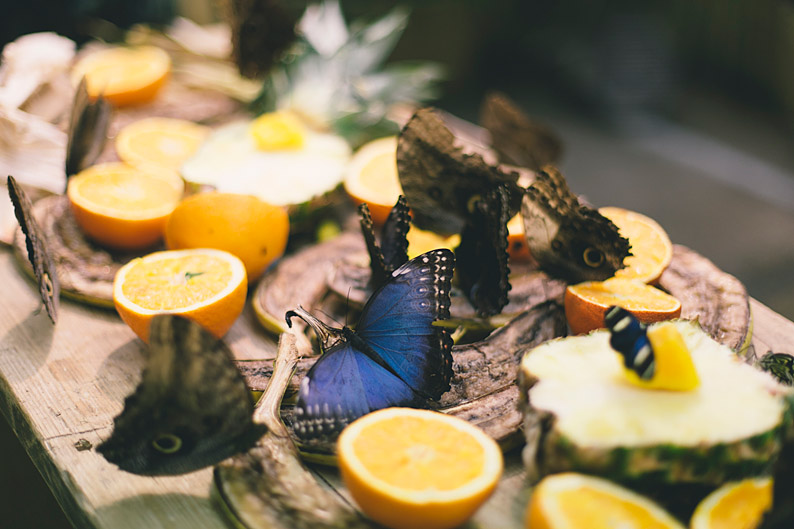 by Charly Suggett As if London Cocktail Week didn’t offer up enough delights in ... 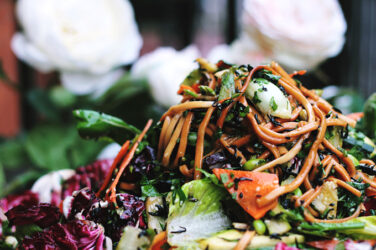 Looking For New Food To Try? Here Are Some Good Ideas

words Al Woods Everyone would agree that food is essential for life. It is ... 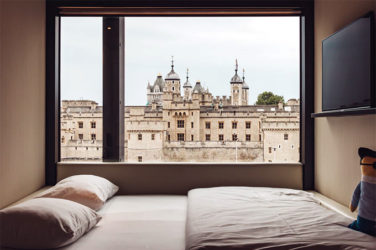 Why the right pillow can make traveling 10 times better

words Alexa Wang It is easy to grow attached to your own sleep space. ...