I’ve never been overly enamoured with chain restaurants. The predictability of the experience bores me, and the inevitable uniformity of the menu leaves me cold.

Whilst the idea that you can depend upon the well-oiled nature of the corporate hospitality machine might be something of a saving grace, I’m stubborn enough to insist that I’d sooner have an inferior meal in a restaurant that’s just a bit more… well, interesting.

There’s nothing original (or even remotely controversial) about my views on the homogenisation of the British restaurant scene- I just thought they might be worth mentioning given I’m about to embark upon an account of dinner at Ping Pong, newly opened in a gargantuan designer outlet centre deep in the depths of Wembley.

My experience of Wembley, like that of most others, has been largely limited to the occasional football match and scenes of domestic carnage in Ikea. It’s a dismal corner of London, with none of the soul of the south and east, nor the polish of the north and west. So, forgoing football and flat-pack furniture, you’d really have to question why anyone would otherwise find themselves here- until now, perhaps. Because squatting stubbornly in the shadow of the stadium itself is the London Designer Outlet- a garish, neon shrine to modern-day consumerism. So has it transformed Wembley into the Stratford of London’s north-western outskirts? Well, not quite… but it’s certainly an admirable attempt. Instead, it’s a little like a classier, more useful Bicester Village. Though with more than twenty restaurants to choose from inside, it would be easy for any one of them to fade into anonymity- especially one that’s not quite as familiar to the average consumer as the likes of TGI Fridays and (shudder…) Frankie and Bennie’s. But to me, Ping Pong Wembley is just small enough to retain some credibility… especially since everything there tastes so damn good.

The restaurant itself is the epitome of industrial chic, but in a dainty, turn-of-the-century Shanghai way, not cobbled-together Dalston way. There are enough nods towards neo-classical glamour to make you feel like you’re eating somewhere with a bit of style, and despite being pretty cavernous there’s no sense that you’re rattling around the place- often the pitfall of the more ambitiously-sized establishments. So what of the food? In a joint where tackling that side of the menu requires mammoth levels of mental acuity, it’s prudent to at least have a drinks order nailed down swiftly.  It’s here I find myself in the still relatively unfamiliar territory of having to care about a restaurant’s non-alcoholic offerings; only since deciding to procreate have I had to shoot a mocktail menu more than a cursory glance. Frankly, nine times out of ten it makes for pretty depressing reading- a begrudging, thrown-together collection of bland and unimaginative rubbish, giving little thought to either taste or presentation. But to my surprise (and relief), I found Ping Pong’s soft offerings to be thoughtful, varied, and sporting an appropriate price tag- because I surely can’t be the only one to resent paying more than a fiver for tarted-up fruit juice. Ever the loyal dining companion, my husband was good enough to step up for the sampling of the proper drink, and his Smoked Nashi Negroni was certainly pretty, punchy and flavoursome enough to leave him feeling smug, and me jealous.

Admittedly, I don’t find the menu concept particularly endearing. It’s not that that it’s confusing, as such, just laden with uncertainty. Have I ordered enough? Too much? And how much have I even spent already? What’s more, you’ll inevitably find yourself spending the first twenty minutes of your dinner date in silence, feverishly dotting away at a scrap of paper like a gambling addict in Paddy Power- hardly the makings of any great love story. But, you do get a free pencil. I shall spare you a run-through of every dish we chose to order, because the nature of any tapas/dim sum/small plate-centric eatery renders that a little tiresome; I can surmise effectively by telling you that of the sixteen dishes we tucked into (far too many- I clearly did find the menu concept a little confusing…), not one of them was anything less than exceedingly good. An edited account will focus on six, which seemed a sensible enough number.

Pork buns are, to my mind, the yardstick by which any dim sum restaurant should be judged. Light, white as the driven snow and much like eating a sticky, pork-rammed cloud, get a good one and suddenly all is right with the world. Get a crap one, and you’ll spend twenty minutes unsticking your jaw, furiously trying to swallow the damn thing. I’ll admit I was a little surprised to discover that Ping Pong’s fell firmly into the former category. The chicken and cashew dumplings were equally sublime- and I don’t use that word lightly. Delightfully tacky to the touch and, above all, freshly steamed, we’d probably have ordered more had there been room on the table. Something we did order in duplicate, however, was the pork tenderloin: after one mouthful, it became immediately apparent that a single portion wouldn’t have been enough. Don’t misunderstand me- there was nothing frugal about the size of the dish, there was just something so invigorating about the flavours we had to have that little bit more. The ginger and chilli were a metaphorical slap around the face, in a way that made a welcome change to the timidity of most high-street Asian dishes. And at £4.95, it was exceptional value- even when you order it twice.

Where the prawn balls are concerned, I need only say that I enjoyed them enough to eat one from the floor, having been nudged overboard by an unwieldy chopstick. Not only might this go some way to reassure you about the general cleanliness of the restaurant, but also convince you that despite sounding unassuming and dull, they really are worth ordering. The king prawn and scallop sticky rice was one of those unnecessarily frivolous side dishes that we might have skipped, but it soon justified itself. In fact, if I were to find a single gripe with any of our choices over the course of the evening, it would be with the calamari. Perfectly tasty, but not quite dainty enough for my liking. The pudding menu was simple (some might say not terribly experimental), and relied on a few core quality ingredients-Valhrona chocolate being one of them- which means you can’t go far wrong.

Finally, and certainly worth a mention, comes the service. I’m not one for name-dropping a waiter (there’s something awfully American about it…), but the poor chap that found himself landed with us was superb. And so far as I could tell, so were all his colleagues.

On paper, Ping Pong is about as far from my cup of tea as a restaurant can get: a new opening from an ever-growing chain… in an outlet village. In Wembley. But the reality? Go, and let the food speak for itself. You might just be surprised.

“Fresh and zingy and full of life.” This is how Martin Morales describes tiger’s ... 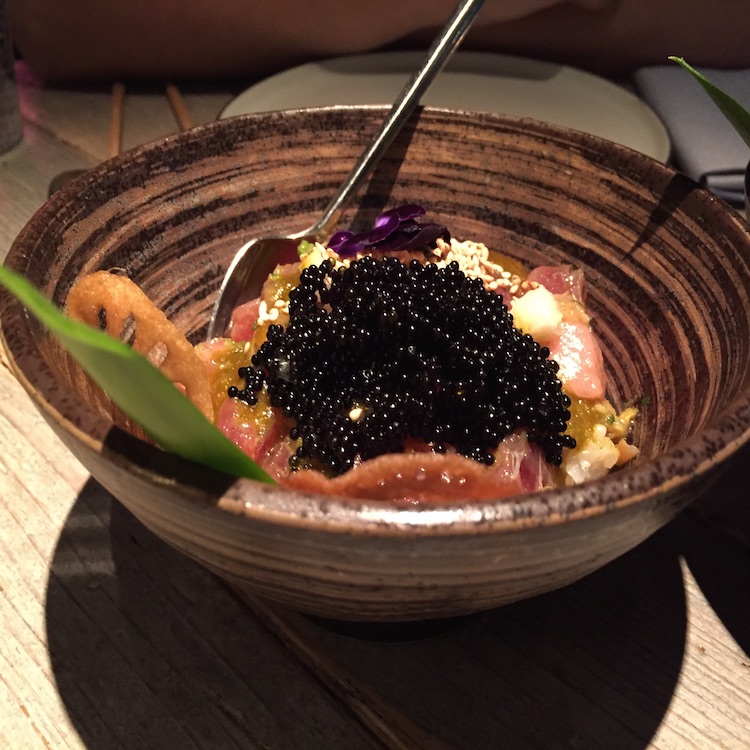 Missed out on Oktoberfest? Visit Hamburg on Tour instead

For many reasons – beer, lager and ale being just three of them – ...