“There are few hours in life more agreeable than the hour dedicated to the ceremony known as afternoon tea.” Henry James, great at writing, crap at criticism. His judgement of afternoon tea is never something I’ve been able to agree with.

My experience has largely consisted of lime green walls, decaying cornices, surprisingly plastic chairs for such prestigious hotels and distinctly average food. Though I guess that’s what an ill-conceived last minute birthday present from Groupon gets you. 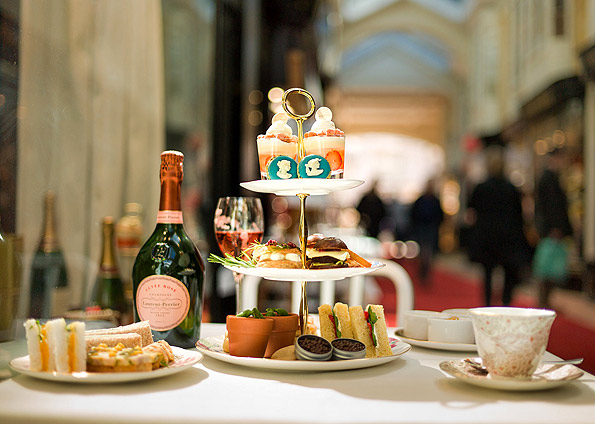 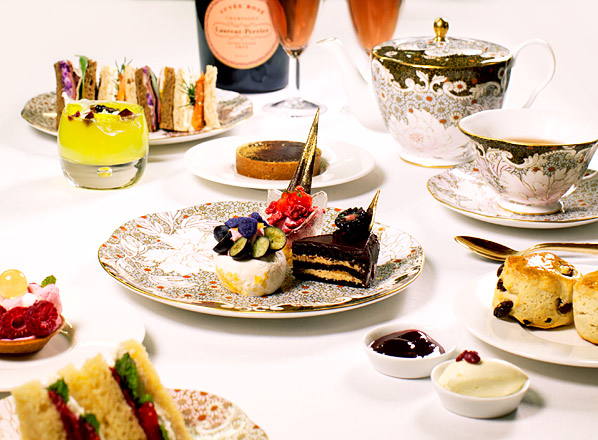 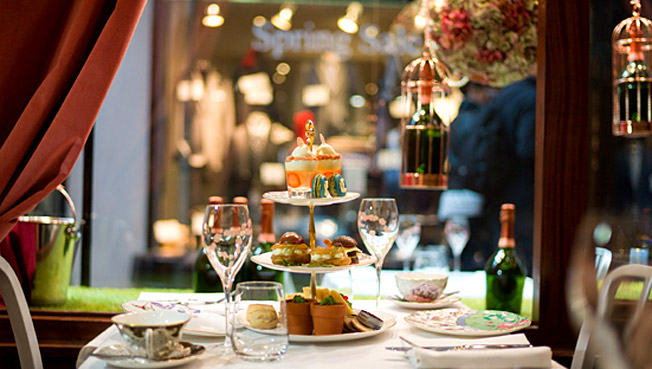 Cuisson have teamed up with Hideko Kawa (ex-head pastry chef for the Fat Duck) and got themselves sponsored by Laurent-Perrier to quite simply, smash my preconceptions of what this twee tradition can be, more than making up for my past mistakes.

The old jewellery shop that houses this elegant pop-up has the feeling of accumulated years of tradition, with little touches such as the beautiful Wedgwood plates carrying tiny pastries to expectant mouths only adding to the experience. Once seated within, our waiter brought over two effervescent glasses of Laurent-Perrier Cuvée Rosé Champagne to start things off on an unusual but not unwelcome note for afternoon tea.

A detailed tea spiel followed. The gist was: incredible tea (Michelin-star name drop included). The reality was: incredible tea. After our annoyingly slow hour -glasses had dropped their final grain I began the ritual. Delicately holding the top of the pot like an astoundingly unattractive apprentice geisha, my white tea flowed through the strainer and into my pristine cup. The fragrant aroma with a definite melon-y undertone was unbelievably… agreeable. A strange word, but I think the highest praise for any cup of tea. My partner went for the lapsang souchong, which with its fragrant smoky aroma blew my agreeable white tea out of its Wedgwood teapot.

Enough about tea though. Food. That’s what I came for. Delicious, tiny food. The type that comes on a three-tiered cake stand, with a plate of savouries tucked to the side. Bringing the miniature marvels to us, our waitress described in astounding detail what every bite was; but I shall start with the savoury. Slow cooked egg yolk sandwiches (with a truffle surprise), salmon mousse cones, melon and mint-compressed cucumber sandwiches and coronation chicken terrine on sourdough. Of course the sandwiches had the crusts cut off. I can assure you they were all worth every movement of my jaw muscles, but I have no choice but to focus on the morsel so delicious I immediately stole my partners one as well, birthday or not. The egg yolk sandwich.

I believe its creators thought-process may have gone something like this: “Screw this gelatinous tasteless white stuff, get rid of that. Now, this orange thing is small, but delicious. I know, let’s slow cook it for 45 minutes to make it bigger and fluffier, while keeping that softness and all the flavour. Oh and let’s get the world’s most delicious mushroom and shove a bit in there for good measure.” It was like eating a fluffy yellow rain cloud, impregnated with amniotic fluid, that had accidentally sucked up a truffle pig who had decided to keep all those tasty treats to himself.

After that interlude my mind wondered to the desserts, quickly followed by my mouth. It began with blueberry macaroons and champagne and strawberry trifle. A level further into the abyss and there were sweet burgers, masquerading as tiny sliders and praline éclairs. Then, when my stomach could bear no more, came the finishers. Victoria sponge sandwiches, chocolate soil cheesecakes in flower pots, some slightly bizarre gelatinous chocolate caviar with sweet blinnis and finally scones with two different equally delicious jams. If that epic children’s-book portion of heart attack-inducing treats does not make you stop reading right now and get down to Bulrington Arcarde I really don’t know what will.

But, before you put down your reading monocle and grab your tweed you should know that what I had costs £65 per person. I unequivocally confirm it is worth every penny, but if you are looking for something cheaper there are other options. You can skip the alcoholic kicker at a cost of £45, or avoid the sweets altogether, and live on a meagre diet of tea and sandwiches. But why would you?

Protesting for profit? When ad campaigns go moral – words Al Woods Over the ... 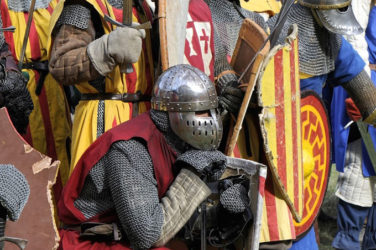 An outsiders guide to the world of Larping

An outsiders guide to the world of Larping – words Alexa Wang The term ... 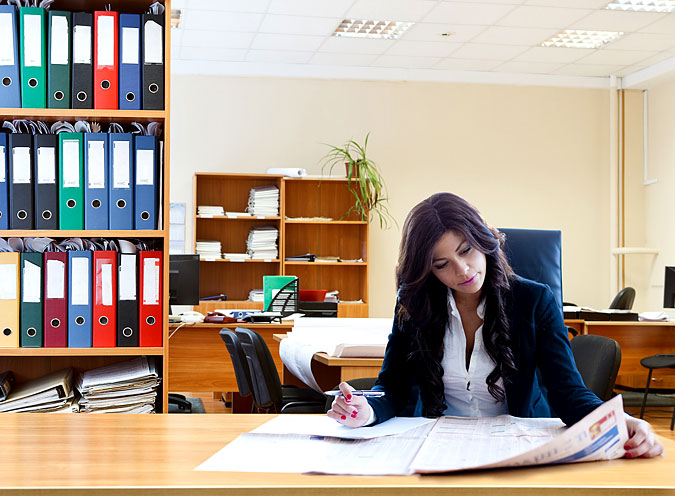 When are No win No Fee medical negligence claims the answer?

When are No win No Fee medical negligence claims the answer? – words Alexa ... 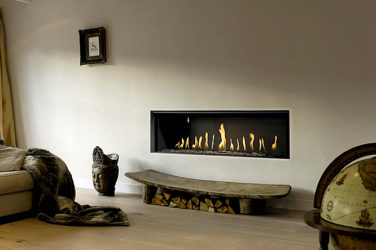 words Al Woods You have finally decided to add a wood fireplace to your ...