The brutalistic industrial and urban vistas favored by the South Australian painter have caught the eye of some of Australia’s corporate expatriates and, suddenly, Maurovic is being feted in London with his work headed for the walls of the famous Saatchi Gallery.


His arrival in London coincided with that of Australia’s brand new High Commissioner,Alexander Downer, who is also from Adelaide. Maurovic was at Australia House to hear Mr Downer’s first speech in the United Kingdom at a black tie South Australian business network forum at Australia House this week.

The diplomats and business leaders in attendance were discussing investment and cultural ties and looking at a showing of 21 Maurovic paintings flown in for the occasion.

The Australia House showing of Richard Maurovic New Works was a preview. The paintings now are being moved to the prestigious Saatchi Gallery where they will remain as a sponsored exhibition in the Prints and Originals room until June 15.

For Maurovic, this is very unexpected art exposure – his first outside Australia. His works usually have been shown at Adelaide’s Hill Smith Gallery, at the Fleurieu Art Prize shows and other galleries around the country.

The Fleurieu Art Prize is the most significant landscape painting prize in the world. It was one of the Fleurieu judges, Nigel Hurst, who had noted his paintings, Maurovic reports.

“The stars lined up for me,” he later said.

Renown Australia businessman Robert Champion de Crespigny, one of the forces behind London’s South Australia Club, was also impressed and hence, Maurovic’s invitation to London not only to show his work but to address the club’s annual dinner on “industrial landscape in South Australia”.

Maurovic’s interest in painting views of containerships and bridges, overpasses, city buildings and machinery was influenced by the great Australian super-realist artist, the late Jeffrey Smart, also of Adelaide background.

Richard Maurovic did not set out to be an artist. He was a stockman until his horse bolted at the Adelaide stockyards one day and ran under a walkway. Maurovic hit the ground and broke his neck. It was in hospital with a plastic splint attached to his wrist and now a quadriplegic that he began to paint.

Nearly 30 years later, he is a leading exponent of precisionist industrial views  in the school of Jeffrey Smart – and is now the toast of London. 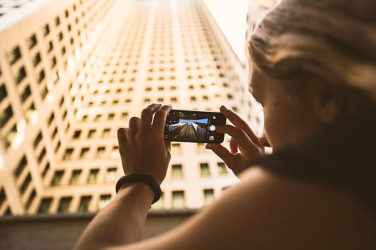