“I do believe that my work is essentially 100% British, the way I describe it, is like listening to a Cure album or The Smiths. I relate my work to grey but happy Britain, with me in the middle I guess.”

Richie Culver is becoming something of an outsider-art-world phenomena. With no formal artistic background, his first appearance was with his ‘Have you ever really loved anyone?’ Jesse Owens piece that was selected to be part of a group show at the Tate Modern. Since then his collages and installations – that run from rolled up notes to the painted words ‘I Loved You’ have been gaining a popular following that may make him the next outsider-insider art darling.

If you listen to Richie speak about his work, you will discover one of the reasons for the buzz that surrounds him is this ‘heart on sleeve’ thing he has. As an untrained artist with Northern, working class roots (the artist comes from Hull originally), his work is reminiscent of songsmiths from the Smiths to the Arctic Monkeys – that personal outpouring of real life circumstance and emotion, delivered with the right dose of comedy. Given to us in a language we can understand.

Afterall, a desperate attempt to win back a lost love is a basic and primal thing, so to translate that into your art is something we can all understand. Richie is not a cold, concept heavy artist where the message is buried under layers of symbolism. He has that self-deprecating, vulnerability alongside a familiarly cocky, couldn’t care less air. Alongside – it seems – some fabulous connections!

His second solo show launched this week as the debut show for the gallery space at Late Night Chameleon Café or LN-CC – whose creative director John Skelton is an old friend of Richie’s from his days living in Leeds. LN-CC interviewed Richie for the show and here is an extract. Plus some images from show and the launch (where everyone looked very hip indeed – well – what did you expect!?). Enjoy. 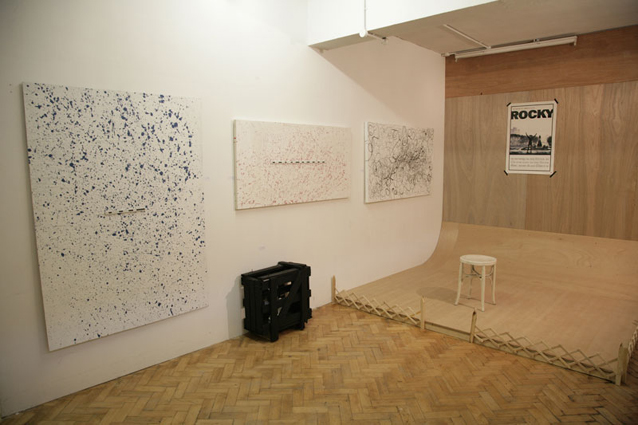 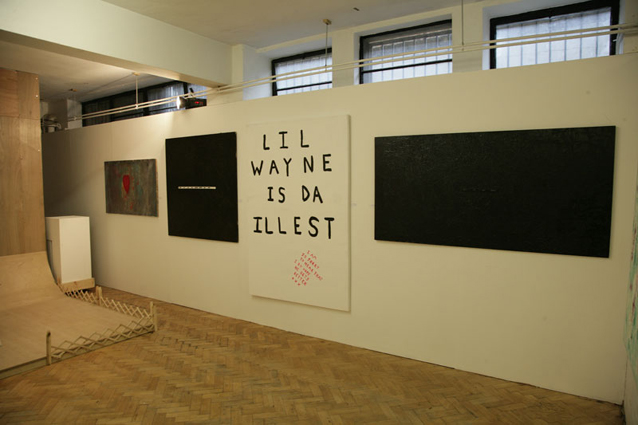 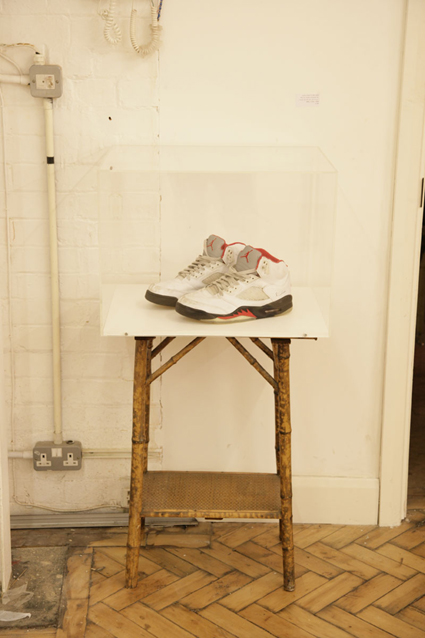 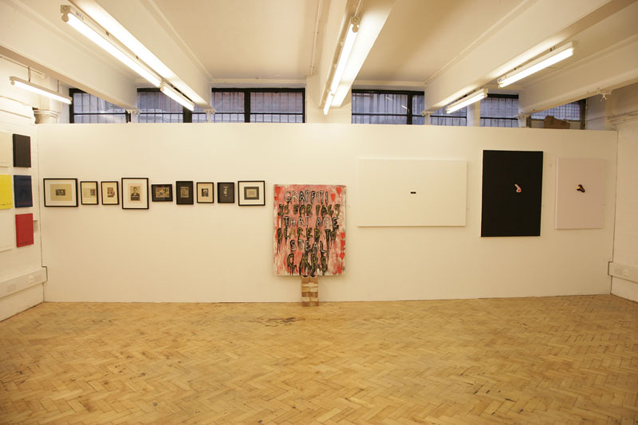 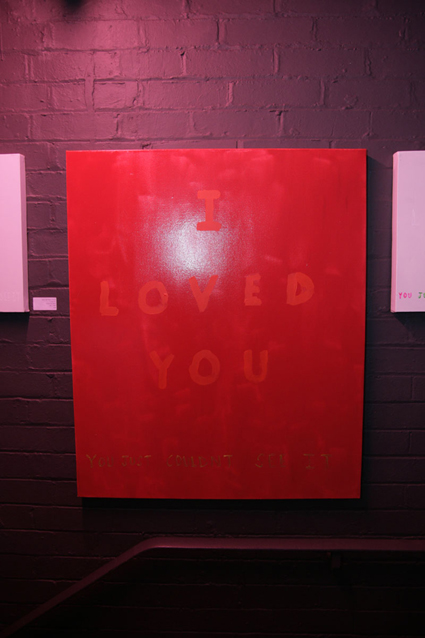 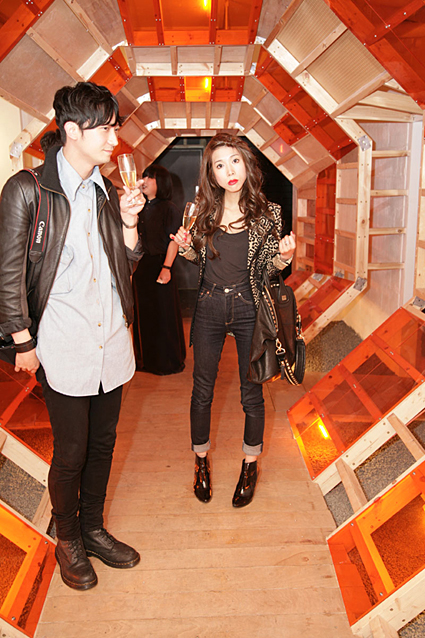 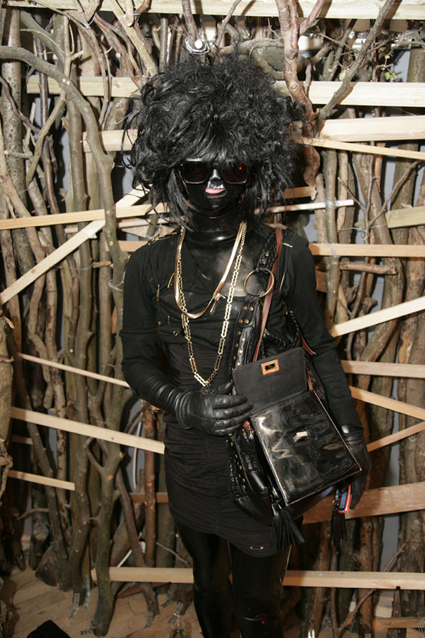 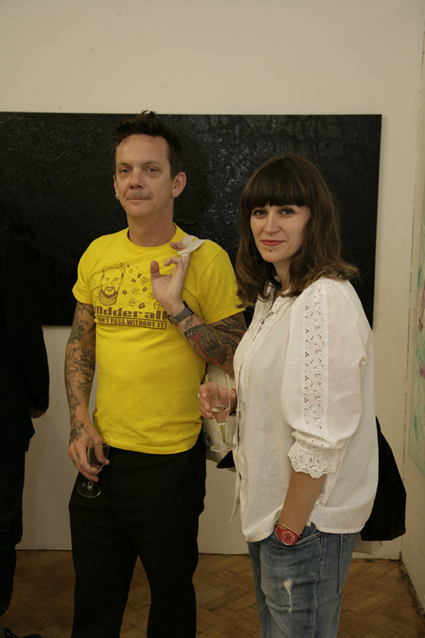 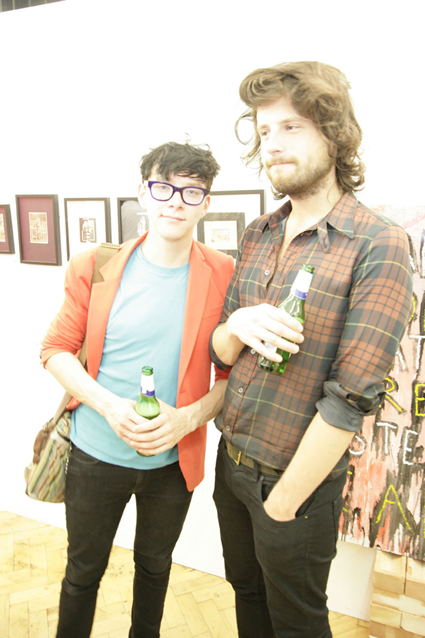 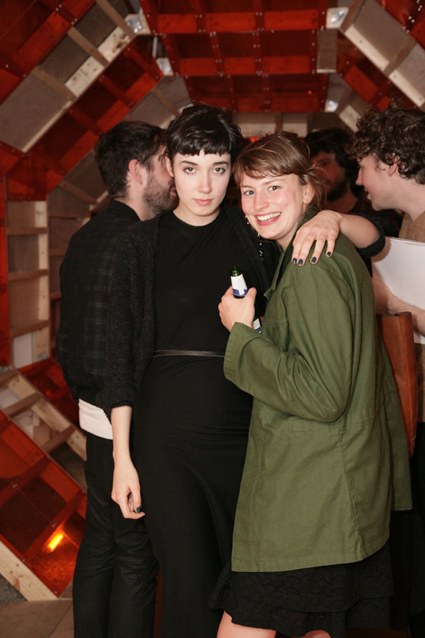 Do you remember your first artistic work?

Richie Culver: The first piece I did that means anything was the Jesse Owens piece. I was living in New York at that time and I found an old stack of New York Posts dating back to the 40s in someone’s house – and I stole the bottom load, the really old lot. Amongst them was a picture of Jesse Owens around that time that he won the Olympics in Berlin. I cut words out, – I think from a Charles Bukowski book – and put these separate words into a question: ‘Have you ever really loved anyone?’ and just stuck them in the middle. I guess that was the first piece.

Your work was featured in a group exhibition in the Tate Modern last year. How did this come about?

Richie Culver: There is this thing called The Museum of Everything and I showed the Jesse piece to my friend, he is the curator there. He said I should take it down to the Tate. I turned up with that little thing that I’d just done and they liked it and they put it up. Because I didn’t go to art school, the Tate was just another place, I didn’t really realise what a grand, important place it was. You know I’m not stupid, I knew what the Tate Modern was, but I was just kind of like, “cool.”

Do you look first for the method you want to make your art-work through, or does the effect comes first?
Richie Culver: After getting the confidence from doing the Jesse piece, I just started making other work in the same way. I went back up to Hull, to visit my parents – to visit my mum. I found a lot of old family photographs ranging back to like the 1920s and I just stuck heartfelt texts on there. I didn’t go to art school. I don’t know the rules, but I just do my thing. Throw paint on canvas or make collages or make installations out of whatever, old satellite dishes.
Through which medium do you feel you can express your ideas best?

Richie Culver: Collages I guess. When I’m putting words to images – that seems to be my strength. Somebody said once that I have the ability to make somebody feel two different emotions with my work – either laugh or nearly cry, which is cool. .

Why did you decide to show your works at LN-CC?

Richie Culver: That’s a beautiful thing. I’ve known John for probably fifteen years from up North. When I was living in Leeds, John used to come down. He moved to London, I moved to London and then we kind of parted ways. I didn’t see John for some time, and then over the last year it just feels like his career and my career have collided. It’s an honour, I look forward to the show. It’s a nice thing to be doing something with a friend.

Can you reveal anything about the exhibition?

Richie Culver: Everything in there is new. I’ve tried to give myself a massive amount of breathing space. For me it’s really important that I want it to marry with the store. LN- CC is definitely John Skelton, so for me it’s really important that the pieces that I show marry with his creativity. I believe the store is an experience and I certainly don’t want to take away from that, I want to add to it.

Variations of the ‘I loved you’ painting are part of the exhibition. What do they mean to you?

Richie Culver: Yeah, there are going to be loads in there. I’ll just tell you the story I guess… It was around the time me and John had just moved to London, I’d just split with my ex-fiancé after being together for about three, four years. Basically, in the midst of being madly in love with somebody it becomes the be all and end all of life and you kind of think you can’t live without that person. I was in London on my own, she had left, so then I tried every avenue to get her back. One night when I was drunk I climbed up the back of the house she was living in, went onto the roof and sprayed ‘I loved you’ above her bedroom window. In my head I was thinking of it as being very heroic like Rapunzel and I thought this is gonna do it, this is gonna be the one. You can’t get more poetic and beautiful than risking your life, climbing up a building. I was like arranging the wedding in my head as I was climbing down, I thought “I’ve got her back”. Didn’t work. The ‘I loved you’ stayed up for a while though, which was cool. These are really powerful words. It’s the piece that I’ve done that everybody can relate to – I guess everybody has been heartbroken.

Do you feel like certain things about you come out in your work?

Richie Culver: Vulnerability I guess. Coming from a working class background from Hull, I used to work in factories and stuff like that and to think that today I’m putting pieces on walls of galleries saying ‘I loved you, you just couldn’t see it.’ Nobody would have thought that.

How does your video work incorporates into your art?

Richie Culver: The videos ended up being my view on America, American culture and how that has affected me – from like an eight-year-old first listening to Public Enemy and then all the American films. Being obsessed with starting a rap group and being obsessed with Public Enemy, at the same time being brought up in Hull, listening to The Smiths and The Cure. I do believe that my work is essentially 100% British, the way I describe it, is like listening to a Cure album or The Smiths. I relate my work to grey but happy Britain, with me in the middle I guess.

‘Too Dark One Light’ is at LN-CC, 18 Shacklewell Lane, London, E8 2EZ, until 7 July, 2011. The exhibition is by appointment only. See www.ln-cc.com or www.richieculver.com.

Pollyanna – 45 years of fashion and innovation 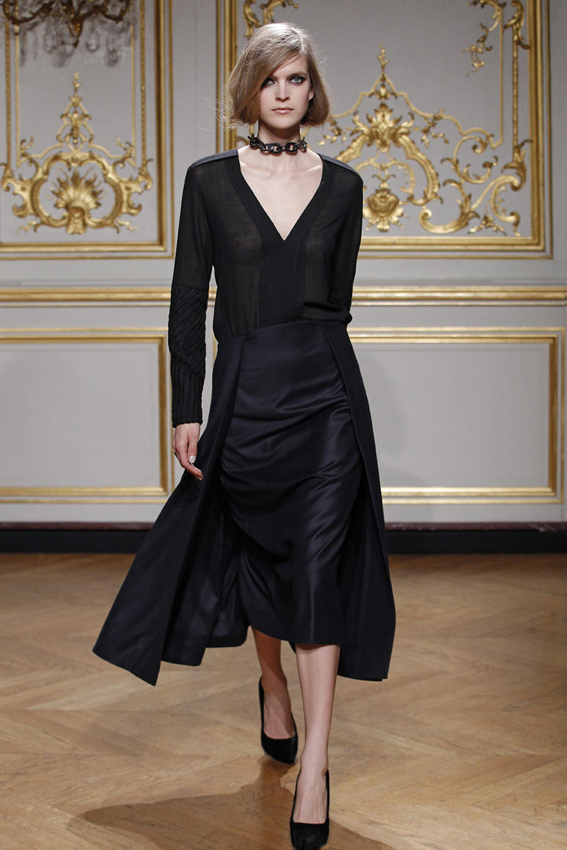 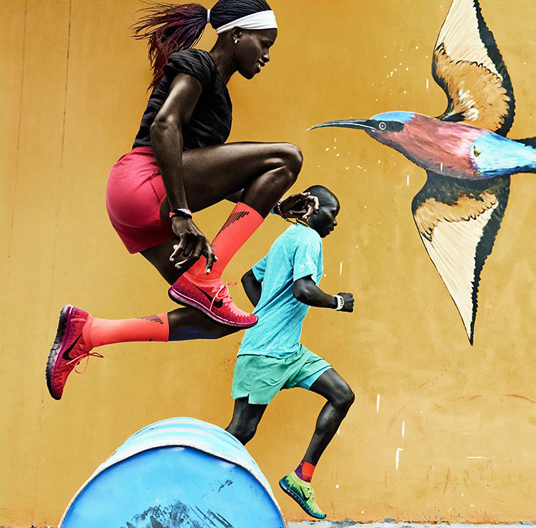 If you want your trainers to be works of art as well as technically ... 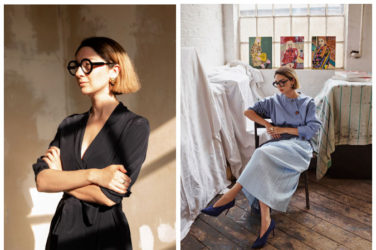 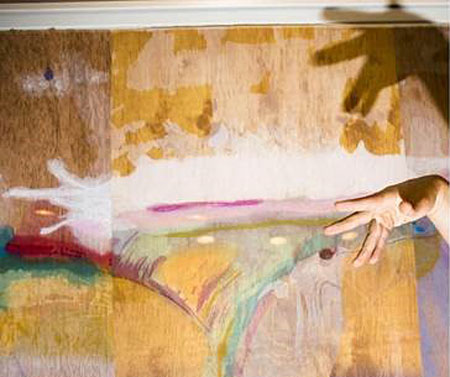 As New York Fashion Week gets in to full flow, Proenza Schouler are giving ... 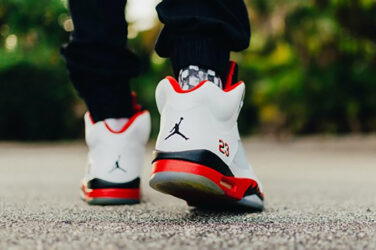 The Best Air Jordans to Start Your Collection

words Al Woods Did you know that the Jordan brand is leading Nike’s resurgence ...