I do like the back to basics sound and immediacy of The Sleaford Mods. Their recent single “B.H.S.” (Singles Going Steady) with its chorus of ‘We’re going down like BHS’ is a prime example.

Its sparse powerful backdrop drills into your head and your emotions – the raw vocal is a witty take down of sleazy corporate culture and a great metaphor for our times. Like the early punk that sprouted in the late seventies it really goes for the jugular lyrically but with strong and powerful tunes.

They are interesting as people as well and so it’s very timely that Christine Franz has created a documentary feature Bunch of Kunst on the band that focusses on Sleaford Mods two year journey from Nottingham bedroom home recorders to chart success. They’ve been termed Britain’s angriest band” by the Guardian and “The world’s greatest rock ‘n’ roll band” by Iggy Pop. Many of their fans see them as folk heroes venting their frustrations with modern life in Britain.

“Young people are signing major record deals and they just sing about love. I’m a great believer of love. But for fuck’s sake, there’s a lot going on! Who wants to hear that if you are on fifteen pounds a week? And you turn the telly on and some fucker is spouting about love,” says singer Jason Williamson. 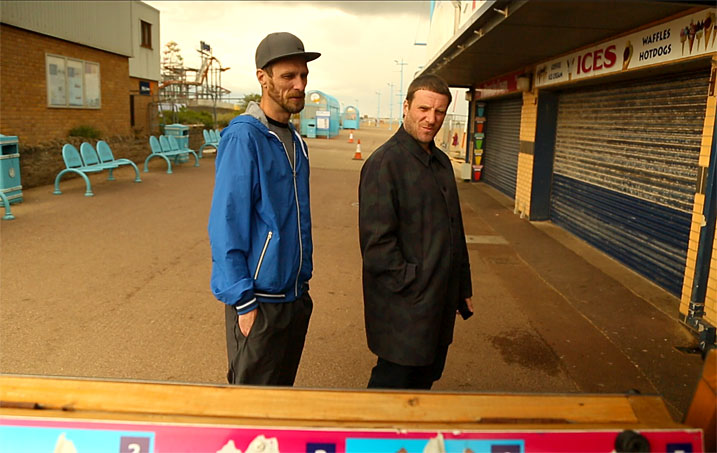 Bunch of Kunst takes a look at the rise of the duo and the nerve they have touched amongst both their fans and wider culture. Jason Williamson, a former chicken factory worker and father of two, his band mate, beatmaker Andrew Fearn, and their manager Steve Underwood, avant-garde bedroom label owner and former bus driver, have won over fans with their brutally honest lyrics and DIY ethos on tracks like Sleaford Mods TCR. 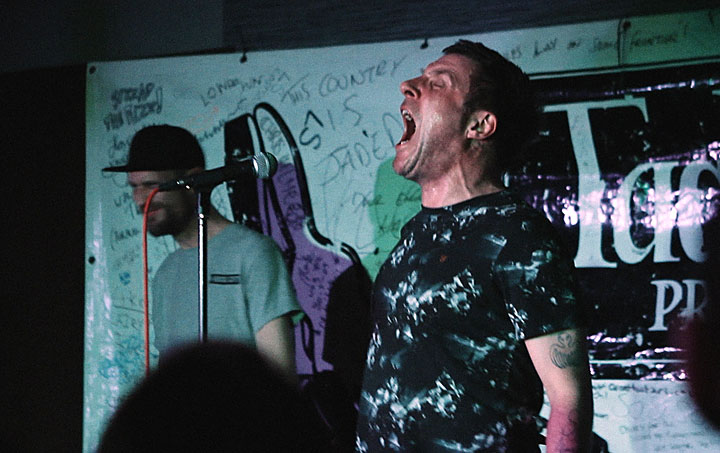