The Art word can seem a bewildering place to many.

Wherever you’re inside it or just an onlooker the world of high concepts and ‘isms can seem a little daunting at the best of times.

The Unlock Art Film Series aims to demystify the complexity and have some fun in the process. A host of leading creative luminaries have been asked for their own unique take on the art world and attempt to unlock some of those big ideas behind the art.

This latest film features actress Tamsin Greg best known for her roles in Channel 4’s Black Books and Green Wing. Her film explores humour and wit behind some of art’s best known and controversial works.

Other films in the series include ones from the new Doctor Who actor Peter Capaldi and indie darlings The Kills have who both tried to unlock some of the big ideas behind art. In her film Unlock Art: What’s So Funny? Greig explores the wit and cheek behind works by some of the greats of modern and contemporary art including artworks by Duchamp, Magritte and Gilbert & George.

The Unlock Art film series has been produced by Tate in collaboration with Le Méridien Hotels & Resorts to unlock the big ideas behind art and aims to make art more accessible to a wider audience.

Visit the microsite at www.lemeridien.com/filmseries

So…Soap! Is the collaborative creation of Hong Kong’s SLOW and CoLAB, featuring at the ... 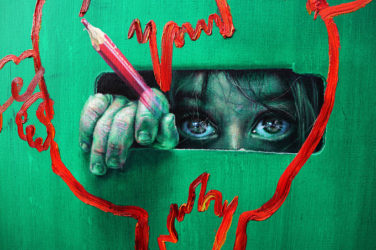