Sebastian Schipper’s Victoria opens with the guise of the simplest of constructs. It is so much so that if its narrative was a city, then it would mirror the empty streets of Berlin during the early hours that is the stage for its drama.

As we watch Victoria (Laia Costa) become entranced by Sonne (Frederick Lau) and his friends after their paths coincidentally cross, the cynical question we could ask ourselves is why should this story interest, let alone entertain or amuse us? 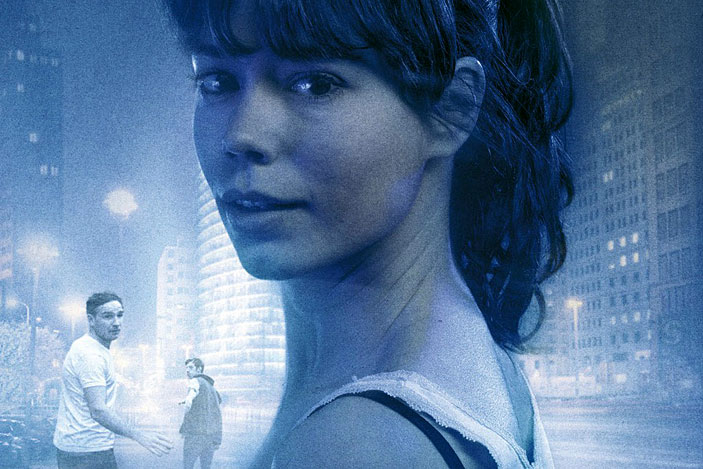 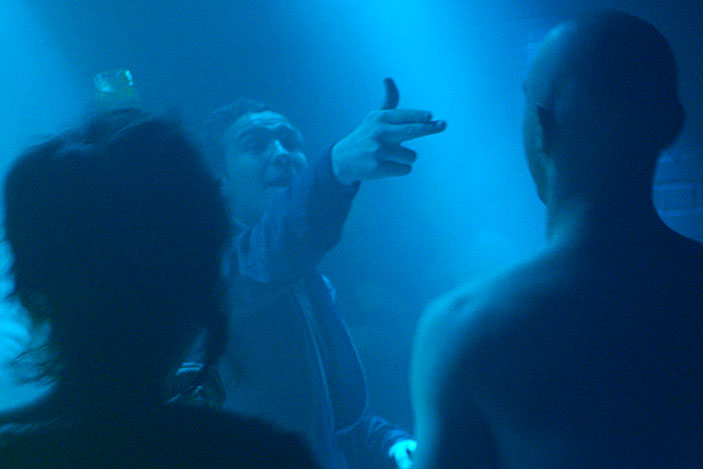 But perhaps more significantly is why should it evoke any emotional reaction? It is a stylistic or technical exercise without any narrative substance, or is it? Beneath its opening simplistic structure Victoria offers reason for admiration and intrigue.

The recipient of the Silver Bear for Outstanding Artistic Contribution for Cinematography at the 65th Berlin International Film Festival, the cinematographic aesthetic of Victoria has been singled out for our appreciation. Yet cinematographer Sturla Brandth Grøvlen being given the headline credit infers something more than the cinematography as something to be appreciated. Grøvlen’s cinematography moves beyond a stylistic or narrative presence that is pictorially structured to tell the story, although of course both are still a motivational force. One cannot disregard that a film has to convey a story to its audience, and every filmmaker and cinematographer seek to present their film with an attention towards aesthetic.

Whether either Grøvlen or Schipper are consciously aware, Victoria is an act of separation or disengagement from silent cinema’s quicker rhythm, and a proponent of a more natural slow rhythm for the sound film. The Danish filmmaker Carl Theidor Dreyer observed: “I have often seen a fast rhythm used with great effect in film where such a rhythm was right for the situation. But I have also seen films where the pictures were whipped up by an artificial rhythm that was uncalled for by the action: it was a rhythm for the sake of the rhythm itself. But used this way, the rhythm is actually just an inheritance from the time of the silent films, an inheritance that the sound film still hasn’t shaken off.” The absence of a cut throughout Victoria’s 134 minutes infuses the film with a rhythm hostile to silent film, yet complimentary to sound cinema. To extrapolate from Dreyer’s observation, Victoria contextualises this rhythm as an individual stream of consciousness that cannot be viewed as being wholly subjugated to narrative or aesthetic concerns.

The aesthetic naturally recalls Andrei Tarkovsky’s one endless tracking shot masterpiece Russian Ark or Alfred Hitchcock’s experiment with absolute uninterrupted motion in Rope, as well as Martin Scorsese’s momentary night club tracking shot in Goodfellas. The distinctions between Russian Ark, Rope, Goodfellas and Victoria on a theme of fluid and uninterrupted motion, while narratively the burgeoning romance between Victoria and Sonne recalls the romance of Linklater’s Before Sunrise, attests to the nature of cinema as mirroring the human world of its creators in that it is comprised of connected yet distinct individual human like works. Victoria serves to link the human communal connection through its narrative with the cinematic communal one.

Despite its jovial and seemingly directionless opening, Victoria steps into life with a steady pace through a fundamental truth that is ingrained within not only cinema, but more broadly within storytelling. We are drawn to human interaction, especially the dramatic variety that occurs in drama that puts characters on a trajectory to collide, and which nurtures the provocation essential to drama. Victoria’s encounter asserts the fact that innocent or innocuous moments will provoke chaos and drama. After all the reason that the characters were dreamt up and the reason Victoria engages with Sonne and his friends was so that drama could be permitted to unfold, otherwise there would be no purpose to her being dreamt up.

If only Victoria had stayed home on this night or avoided Sonne and his friends then how different her fate may have been. Of course, it would be all too easy to sit in judgement from the morally superior position we are afforded as spectators, but there is a raw authenticity of youthful foolishness or naïveté through Victoria’s as well as Sonne’s misguided loyalty. By touching upon these human themes of friendship and loyalty; happiness and suffering Victoria has the propensity to immerse its audience in its all to human drama that starts off as a slow dance and proceeds to build in both intensity and violence.

Victoria was released in UK cinemas on Friday 1st April by Curzon Artificial Eye and will be available on Blu-Ray and DVD 23rd May.

Interview with Alain Guiraudie – Director of Stranger by the Lake

One wet Friday afternoon in Covent Garden where we lay our scene, found FLUX ...