Despite only really entering the public consciousness as a symbol of one of the lowest points in New York City’s history, graffiti’s roots creep far beyond the United States — and further back than the 1970s.

However, by the twentieth century, groups as diverse as bored East Coast teenagers and and Parisian intellectual activist movement the Situationist Internationale were repurposing the form, venting their frustrations via spray can. And although its legal status has long been debated, graffiti is now seen as both a means of venting frustrations and a vibrant form of modern art. As tags and murals became more widespread, major corporations also began working with the artists, creating an uneasy synergy of raw expression and mass-market capitalism.

Here’s how graffiti conquered the world, and just about managed to keep a hold of its soul in the process.

The birth of tagging

Tagging as we know it is widely seen to have begun in the mid-to-late sixties with two figures — Philadelphia’s Cornbread (born Darryl McCray) and Taki 183 (real name still unknown) in New York. A way of passing the time and, quite literally, making their mark, graffiti gave these young people a voice, even if it was only to tell the world they existed.

Through the seventies, as New York City fell into political and civil disarray, graffiti became more widespread and took on a far more socially conscious form. This outlook eventually became intertwined with the parallel emergence of both punk and rap, broadening the medium’s appeal to black and white members of the city’s disaffected youth alike. Of course, this did not encourage the NYPD’s law enforcement to look upon graffiti any more kindly, and by the eighties, taggers like Alex ‘Defer’ Kizu were using their work, and even their names, to protest the “draconian policies” instituted by city authorities.

According to a paper by David Diallo, the first gallery show to be dedicated to graffiti took place as early as 1972, which he argued “paved the way for the legitimating of graffiti as an art form.” From there, it didn’t take long for graffiti culture — using the hip hop revolution as a Trojan horse — to fully enter mainstream consciousness. For example, Blondie’s number one single “Rapture” was the first US chart-topper to include rapping, but its video also featured Jean-Michel Basquiat, one of the leading lights of the Downtown graffiti scene, playing the band’s DJ. Indeed, the likes of Basquiat and fellow New York City spray paint scenester Keith Haring were two of the movement’s biggest names, and both prolific enough to make their living by selling their works to collectors.

And while tagging and street art originally came out of what one critic described as the “inspiring warzone” of NYC, graffiti has now become co-opted by larger corporations and luxury brands to put across a renegade spirit that is at odds with the work they do. As an artform, certain forms of graffiti are also increasingly being seen as “beautiful gifts to…cit[ies]”, bestowing a level of cool cachet upon major metropolitan areas. Where once it was seen as a sign of civil disobedience and social decay, now street art has become part of culture.

And while this is a good thing for the artists involved, at least if it gives them the chance to sell their work for tens, if not hundreds, of thousands, there is an understandable concern that graffiti’s edge has been lost, particularly now that local authorities are more willing to allow it to exist. As New Republic commented when reporting on a team of artists suing the city after legendary street art hub 5Pointz was demolished, “graffiti can ruin a neighborhood, it turns out — just not the way the city expected.”

How To Find College Scholarships In California 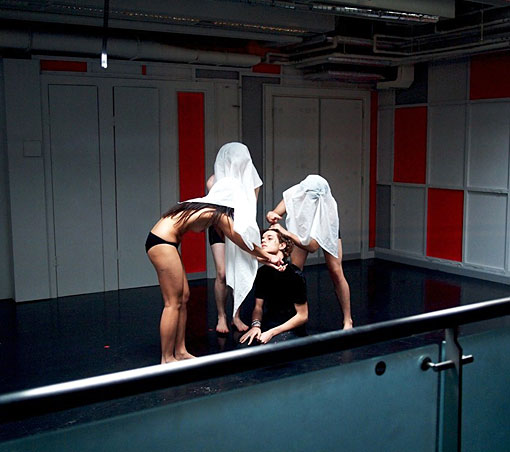 Jeremy Deller is an artist. He won the Turner prize, after all. But he ...