It was a punch in the stomach.

My friend and mentor Mike Hodges had died and I was deeply saddened. I’d not even met him, knew little about his personal life but was reeling from the sudden news of his passing.

We’d talked via email about so much: films, culture, the industry, politics, his career; and he was scathing and bitter about a lot of stuff. “No one gives a fuck about me?!” he’d say. I was beginning to think he had a point.

A couple of years ago, I’d approached his agent, as I was looking for someone to direct the film of a book I’d just written. Honestly, I’d no idea that Mr Hodges would get back to me or even his agent would pass the message on. But he did respond and he was surprisingly gracious, and very interested in my short novel, The Comforter; and even in me.

Very touched you thought of me.

Ten years of those twenty I spent failing to finance two projects.

That’s what happens when you refuse to compromise.

Still – I’m surprised I got any made at all.

Everyone knows Get Carter (Tarantino’s favourite British film) and  Flash Gordon – though not so many realised he’d directed it. They’d also be au fait with the surprise hit, Croupier – the stylish casino-crime thriller starring Clive Owen, Hodges’ official return to form in the late 90s. Not as many were familiar with Black Rainbow (1998), Pulp (1972), The Terminal Man (1974). Although the industry and audiences might have been oblivious or indifferent to these lesser-known movies – they’d already made their aesthetic marks on Stanley Kubrick, Terence Malick  and J. G. Ballard. Malick even wrote to him, saying: “Your images make me understand what an image is”. High praise indeed.

So Hodges – a pain in the arse of many industry types – was most definitely an artist’s artist. And this was why I wanted him to direct my film. Except I’d not done my maths. If he made Carter in ‘71, then he was a lot older than I imagined.

After citing a health issue, and saying he’d certainly made his last film – he thought I should direct it myself, and promised he’d teach me what to do. Still, how’d I get the money? Hodges had funding problems despite making one of the country’s greatest ever films!

After a while, knowing it was the only realistic way to get industry interest in my film – he persuaded me to write a screenplay for The Comforter – an idea I was initially resistant to. So I’d send him drafts and he’d go through them with me – searching for weaknesses, making suggestions, guiding the whole thing. After copious emails going back and forth, he’d sometimes tell me: “now rest”. For God’s sake, he was 89!!  But he was definitely sharp as a tack and sparkling with ideas and thoughts. The amount of time he spent helping me was staggering.

What astounded me about Mike, through our correspondence, was his ability to make you feel important, relevant, gifted even. I’d heard that from other people about his warmth, and how inspirational he was. I found him selfless at times.

Sadly this is where I bow out – the expertise now required is not in my gift.

Always hopeless at raising finance – see my CV – I’d be even more so now.

I’m just pleased to have at least triggered the writing of this wonderful screenplay.

He didn’t bow out just then, as we talked for many more months, with him sending me more of his writing and me reading it, then critiquing it.  And me keeping him informed about progress on the script.
More frequently, he’d talk of health issues and various problems. But he did so in a way that was dramatic, imaginative and poetic even.

It’s great to know that at least one other person has read these stories, Graham – and appreciates them.

Anyway I completed the latest course of antibiotics yesterday which meant I can drink alcohol again.

For decades red wine has been my key to sleep – without it I suffer from insomnia i.e. hell!

So it was back to the bottle last night and bliss returned – I hadn’t realised that these drugs kill everything in their path – including imagination and dreams.

Last night I wallowed in both – but forgot to put the cat out – it duly woke us at around 4 am!!

Meanwhile, we’d talk about Waugh’s The Loved One, Peter Langan’s alcoholism, whether or not Jarvis Cocker got the name Pulp from Hodges’ 1972 film. We’d discuss Roy Budd (who did the theme for Get Carter), John Huston, politics, cretinous critics and the suffocating nature of the movie world. He’d tell me not to feel insecure about my writing and compared my material to Terry Southern, a literary hero of his. A massive compliment. Then it would transpire he’d met Southern. So what was it like, what did you talk about?
“Whenever we met we got so drunk it’s difficult to remember much more than laughter”, was his answer, and that was good enough for me.

I feared his death would happen at some point but was so glad that the BFI managed to schedule a retrospective of his life’s work, while he was still with us. As part of the retrospective, Mike was interviewed by broadcaster Samira Ahmed. It was a brilliantly curated account of his career and it made him quite proud. People most certainly did give a fuck.

Mike couldn’t attend the screenings but I’d often tell him how many people attended, what the atmosphere was like, the type of people, the range of ages. He invited me to watch a roughcut of his biographical documentary, All at Sea, at a BFI screening room. It was a witty, insightful film, narrated by himself, and occasionally reminiscent of Adam Curtis in terms of its curiosity about the world and the level of analysis on offer. It was moving, funny, different and wildly fascinating.

Samira Ahmed provided me with a wonderful “final bow and wave” to my career, Graham.

The clutter of this retrospective is now behind me – I can now settle into the old age I’d always imagined.

I didn’t speak to Mike for a few months before he died, I felt  – perhaps wrongly – that I was taking up too much of his time and maybe wearing him out. I really regret not telling him how much our friendship meant to me, and how valuable his encouragement had been.

This was one of the final exchanges we had, when I excitedly told him that I’d found an agent to represent our script. My agent (Matthew Smith) was very much an admirer of Mike’s work and was interested in what Mike thought of Stallone’s version of Get Carter. He’d also shown his son – someone averse to ‘older’ movies – the original of Carter and it got a big thumbs up.

That’s a great email to get, Graham.

It’s so strange living in a world where only the “now” matters.

Maybe it was always thus?

As an old man I see the same problems being recycled time and time again.

In the 60s we thought we’d severed so many Gordian knots – how naive !

Thatcher retied them and so we go on and on in a never-ending charade.

Great that you’ve got an agent – hope he gets things moving.

Graham Bendel is a writer & documentary maker. The original novel The Comforter & other rose-tinted struggles is currently available from Waterstones. 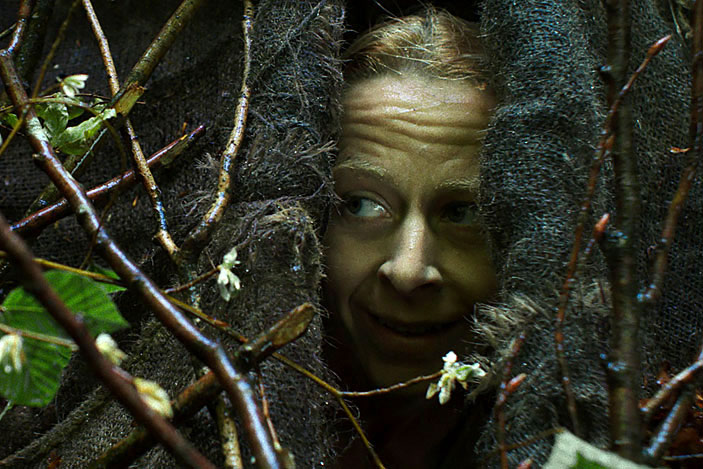 Interview with Kate Dickie by Paul Risker “If you have suffered any kind of ...