In the treacherous heat of Helmand Province, a civilian photographer stumbles upon a chilling piece of graffiti, emblazoned across the wall of a captured building. The building is acting as a HQ for ISAF troops. The blood red scrawl is a stark contrast to the dirt and dust that surrounds it. It reads, ‘THE BEST VIEW OF HEAVEN IS FROM HELL!’ Framed by a firearm that casually leans up against the same wall, the photographer captures the harrowing statement. This snapshot later not only provides the title for, but inspires a whole body of work by, photographer – Bran Symondson. 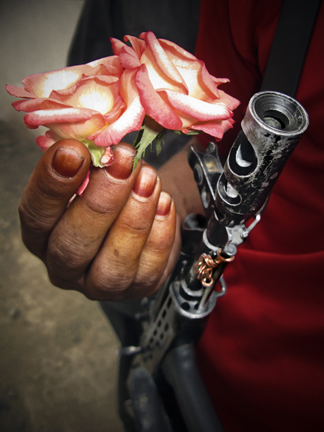 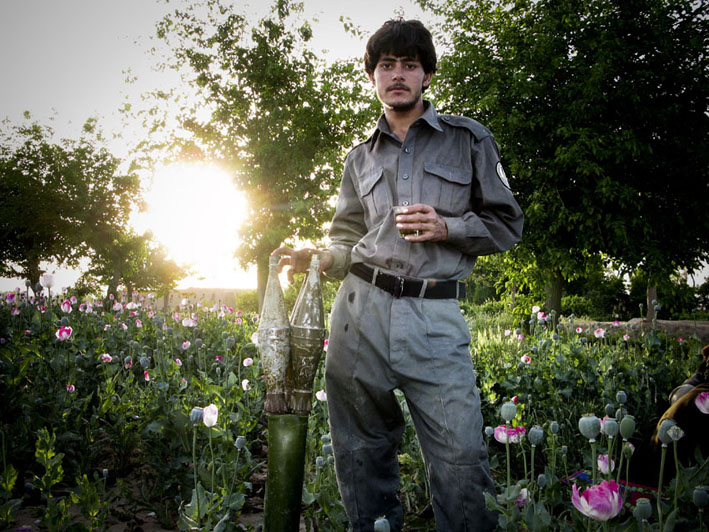 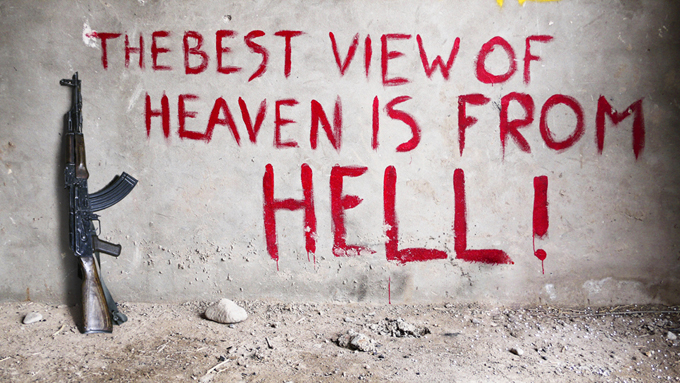 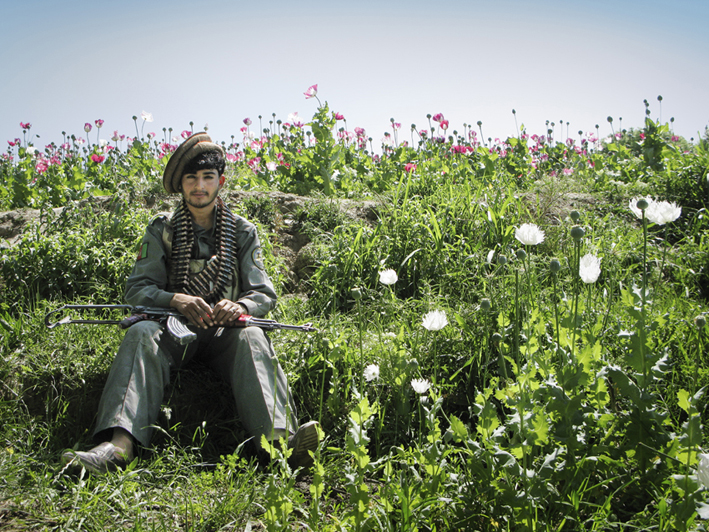 While serving in the British Army, Bran became fascinated by the Afghan National Police, their ethos and their daily existence while at war with the Taliban.
Admitting that his up coming exhibition’s main aim was to “show the world a different side to the conflict in Afghanistan”, his work focuses on the beauty of an area that is so often splashed across our media with an ‘unsightly’ tag. The chef-turned-photographer says, “The world is a breath taking place which constantly tests you.”

He urges people to “get out there and learn for yourself what’s going on in the world. It is so easy to be sucked up into the brain washed vicuña’s society it seems we are spoon fed. Success is failure after failure without loss of enthusiasm.” Surprisingly, Bran manages to incorporate a degree of ‘humour’ into his snapshots of such a harrowing subject. He says, “Humour finds itself in every situation, when your life is in danger every day. Often when the most crazy things where happening you would end up laughing. It sounds crazy, but it is true.” Inspired to become a photographer whilst, “sat at a table on a mountain top watching the sun set with a beer”, Bran Has been fortunate enough during his career to assist some great professional photographers in advertising, fashion and portraiture. The ex-serviceman, who is dyslexic, admits he is “not much a reader of words” and therefore imagery has always been more powerful in his life.

He admits, “Being in Afghanistan and then bringing it through to an exhibition has, let’s say, it’s been emotional! But an amazing life changing experience. I have learnt a lot about myself and people around me, and if a small part of the integrity humor and humility I experienced with the guys around me in Afghanistan rubs off. I will feel a richer person for that, and hopefully it has put me in a good position for future projects.” Bran is currently working on a number of new projects, that he hopes will gain pace after the the current exhibition. He says, “They will involve a collaboration with different artists ranging from established painters to up and coming urban artists.”

See the full series of photography of Helmand Province in The Best View of Heaven is from Hell at Bran Symondson’s website.