I don’t think I’ve ever been accused of being a fussy eater.

The transitional moment came when I was seven years old, and threw a tantrum at my mother because I hated eggs, refusing to eat the plate she had served. 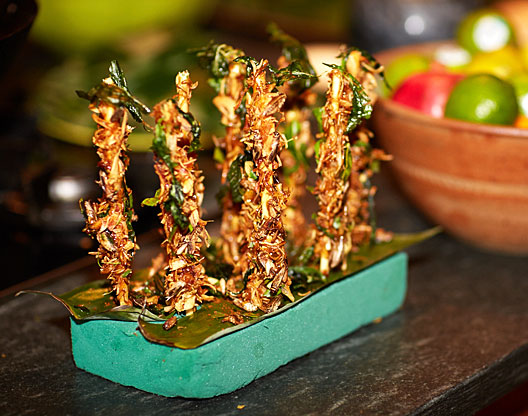 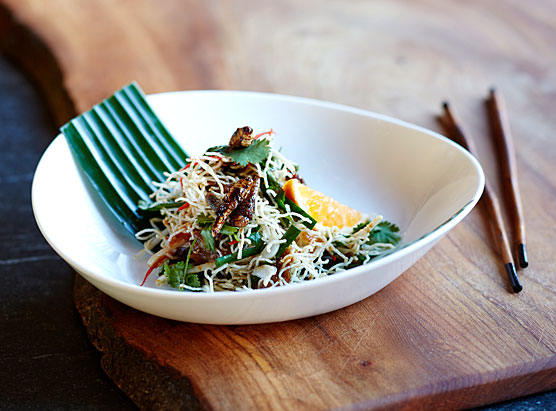 A brief question-and-answer session heralded the revelation that I didn’t hate eggs, having never tried them. Since that harrowing day, I’ve tried not to judge a book by its cover, or in this case, an insect by its carapace.

Grub describe themselves as ‘a food company with an unusual offering’, and have been popping up all over London with their edible insect revolution since 2013. Formed by friends Shami and Neil, we venture to their one-night extravaganza, hosted by event curators Platterform at their rooftop residence on the Hothouse, Hackney.

Projecting an aura of pseudo-masculine immunity to one another, my partner and I arrive just as the earthy scent of our six-course insect extravaganza begins wafting through the air, mixed with a bouquet of citrusy, sharp fragrances. Seb Holmes (of Peckham’s Begging Bowl) had been drafted in to create a menu themed on Thai street food, beginning with a selection of lightly fried crickets.

After a brief, hesitant pause, we dive in. The first mouthful is a pleasant surprise – the soy sauce mingling with the crunchiness of the cricket to provide a reasonably tame introduction to our insectoid adventure. The crickets are quite hard to get a decent mouthful of, despite the bespoke chopstick-like contraption supplied. Worse still, small fragments of exoskeleton begin lodge themselves at jaunty angles in the dark hollows of my mouth, and the flavour didn’t change or develop, eventually just manifesting as a slightly unpleasant excess of soy.

The crispy citrus insect noodles quickly emerge as our firm favourite. Served with a wedge of orange to squeeze atop the sharp, fragrant mass, the buffalo worms blended continuously with the fried vermicelli. These noodles are the perfect example of insects being seamlessly worked into a dish – the crunchy texture of any mouthful could equally be due to the fried vermicelli or the buffalo worms themselves. The faintly almond-like taste of the worms came through quite pleasantly with the mandarin, yellow bean and lime dressing.

Platterform’s selection of cocktails (with appropriate pun-based names) accompany our feast. The Jimmy Cricket – kaffir lime vodka, starfruit, green chatreuse, lime and soda was excellent; clean, crisp and refreshing. The Bees Anise – gin, lemon and star anise honey was an interesting 21st century on a classic prohibition era cocktail, and had a lovely pungency, the floral notes of the gin marrying well with the liquorice-like flavour of the anise.

After the first couple courses, we’d become somewhat inured to the various miniscule creatures being plated up and served to us. The tempura grasshoppers certainly didn’t lack for crunchiness, but missed the meaty-flavour of the traditional prawn – I prefer the accompanying tempura vegetables, which showcased the delicately spiced batter more clearly. My partner describes the insect miang as ‘a bit like an insect kebab’. Toasted coconut, ginger, lime, peanuts, shallots and yes, buffalo worms were wrapped up with various other ingredients in a betel leaf. Rolled up like an expensive Cuban cigar of tropical flavours, we hungrily crunch through them.

By this point, we resemble nothing so much as a post-modern Timon and Pumbaa of Lion King fame, admittedly with fewer musical interludes. The spicy mealworm rice cake salad was interesting, but the smoky lime juice and fish sauce dressing overpower the flavours somewhat. Occasional bites that had avoided the judicious dousing revealed a delicate, complex flavour much to be admired.

Our final course comes out with a flourish. Triumphant, towering, looking a little bit like a post-apocalyptic Nature’s Valley bar, the ‘caramel chimp stick’ is a golden mass of crickets, buffalo worms, lemongrass, peanuts and toasted coconut, set in place with a rich coating of palm sugar and tamarind caramel. The first bite is gooey, satisfying, but try as I might I can’t enjoy the texture. It feels like trying to jaw my way through a toffee apple at a carnival – the caramel is too sticky. I tear it apart with my teeth, and after two or three bites I simply give up.

There are all sorts of facts and trivia that you can dig up to prove that you’re being morally bankrupt choosing a steak over a dung beetle, that your refusal to snack on deep-fried cockroaches may lead to the ozone layer finally dissipating with a loud, slightly patronising bang. I admire Grub for their clear enthusiasm for entomophagy (the word for the consumption of insects as food, which might be worth familiarising yourself with) but there are still questions to be answered. Some of Grub’s dishes are fantastic, full of flavour, punch and exciting textures. The insects aren’t really what leave me with this impression, however – the excellent work of the chef does.

If this is insect haute cuisine, I want to see insect McDonalds. I want to see what happens when there isn’t a talented chef at the helm, and actually get an idea of how insects would fit into our diet day-to-day. Shami and Neil have resoundingly proven that you can enjoy a meal with insects as the chief component, but I’m yet to be convinced that I wouldn’t be better off vegetarian. Nonetheless, for the brave among you, and those who are keen to try something new, it’s certainly unlike any other food experience you’ll have in London.

Edible insects can be purchased from Eat Grub here.

We Outgrow Love, Like Other Things: Fashion Photography by Schall & Schnabel 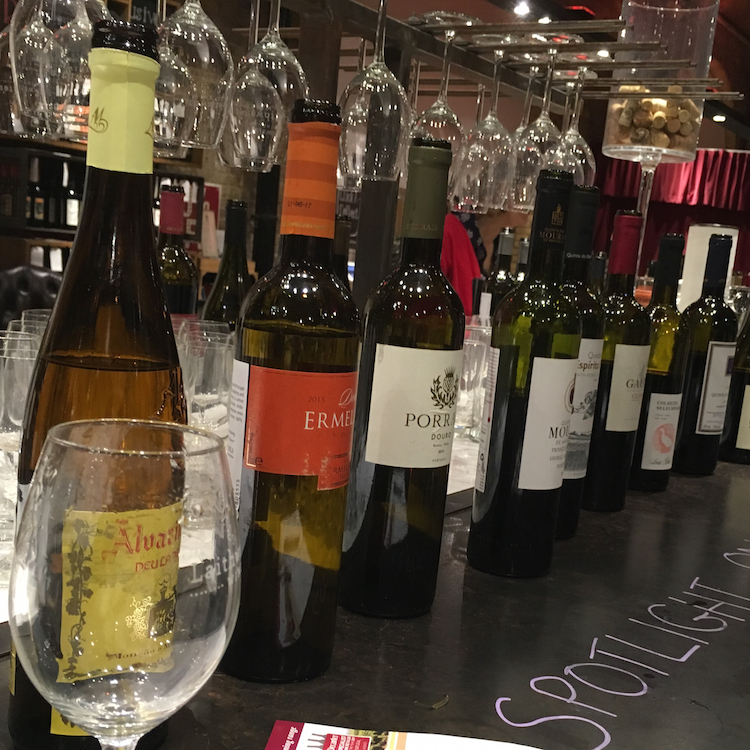 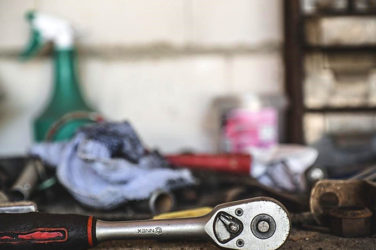 5 most common home repairs you can do yourself

words Alexa Wang We all prefer our homes to look tidy, whether it is ... 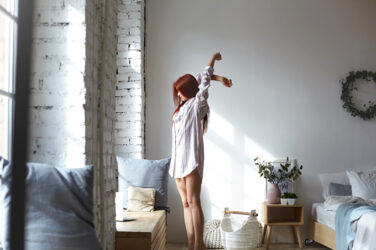 Must-have Items to Add to Your Homeware Shopping List

words Al Woods It’s essential to write a list of the things you need ...