Britain’s standpoint on the world beyond its Channel is riddled with contradictions. On the one hand, we are notoriously lazy-linguists, reluctant even to pick up a foreign language phrase-book for our holidays abroad. Yet, the other hand holds us up as a shining example of multiculturalism, with many arguing that our multicultural communities are what make London (and Britain) Great.

Even now, as Brexit and border control talks dominate the news, it seems that we’re increasingly likely to channel-hop (in more ways than one) over to one of the foreign language dramas arriving on our screens from Europe and beyond. Whether this trend will prove to be significant in the face of such mega political issues, or just another contradiction remains to be seen.

Britain is showing an unprecedented, but not at all unhealthy, appetite for foreign TV

Brits are no stranger to international tv dramas, over the last few years Nordic Noir shows such as The Killing, Borgen and The Bridge propelled foreign television into the limelight, and into frontrooms across the UK. Far from rotting away our brains and pixelating our vision, being encouraged to engage with these new languages could be the making of us. As individuals we would reap the benefits of picking up foreign dialect, as a nation we would finally make amends to our tarnished reputation.

For the first time in TV history, the BBC might not be pushing us in quite the right direction. BBC One opened 2016 with a six part adaptation of Leo Tolstoy’s Russian novel War & Peace. While brilliant and beautiful, it does not quite qualify as a foreign drama on account of almost every word spoken being perfect English, by a perfectly English cast.

However, the show’s popularity is certainly indicative of our nation’s appetite for something sourced a little further-afield. The Guardian was among those raising their voices to protest that the show was just ‘too english’. And it’s true that, despite the dramatic, frozen Russian landscape and period costume, it was hard to shake the feeling that this wasn’t just another episode of Downton Abbey.

What Britain needed was an expert. Walter Iuzzolino, an Italian TV executive, teamed up with Channel 4 to create Walter Presents, a selection of hand-picked international dramas for 4’s UK audience. Curator and namesake, Iuzzolino has spent literally thousands of hours in front of a screen in order to find the best programmes. His square eyes were still one of the first pairs to spot this gap in the market.

Off to an unbelievably successful start, Walter Presents began with German spy thriller Deutschland 83. Each episode drew in over 2.5 million viewers, quickly establishing itself as the highest-rated foreign language drama ever screened. Which, again, begs the questions why?

Luzzolino believes that the British audience’s desire is rooted our interest in the world around us and the deep seated guilt of not speaking other languages. This contradictory cocktail seems to be somewhat of a national specialty.

The future of foreign drama lies in Germany

Following the success of Deutschland, both Netflix and Sky have announced that they will be releasing their own German drama series. In 2017, Netflix will release their first German production ‘Dark’, alongside Sky Deutschland’s ambitious big-budget ‘Babylon Berlin’ TV series.

As of yet, there’s no conclusive argument on exactly why Germany has become such a focus for Fickle Britain.

It would, of course, be fantastic for this trend to mark the beginning of some radical cultural turn around which will see Brit’s rush to take up a second language. By the end of 2017, a year of back-to-back Babylon Berlin bingeing, the nation may well already be fluent in German.

There is potential for this tv trend to have political implications well beyond our modest island.

For Germany, this sort of promotion of its language and culture could not have come at a better time. It’s no secret that the country is struggling to integrate the new refugees population and that the language barrier has been a huge problem. An increased celebration of German culture may encourage refugees and volunteer teachers to learn the language and help the essential process of integration.

As for Britain, our relationship with the EU may be under scrutiny, but as far as the viewing figures go we’re not ready to cut our ties just yet. 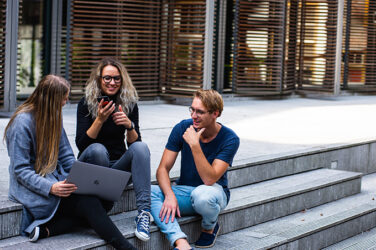 Revealed: the University of Dundee is the cheapest place to be a student

The best fitness apps out there right now

words Alexa Wang Whether you are a regular gym goer or you like to ... 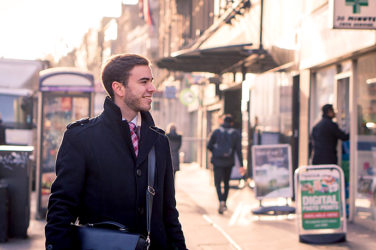 How to Live Like a London City Trader in 5 Steps

How to keep those student loan repayments down

How to keep those student loan repayments down – words Al Woods If you ...