Christmas is coming early if you’re a fan of alt-rock as Lenmania is right around the corner.  The acclaimed mini-festival is now in its third year and this time legendary rocker Jamie Lenman is bringing Lenmania to Manchester.

Speaking on the concept behind Lenmania, Lenman says, ‘it originally came about because we wanted a live event to celebrate the release of my album Devolver, but we didn’t want to tour. So to make it big enough, we crammed a whole tour into one day! I’d been trying to get an all-dayer off the ground for ages – specifically with two stages so you can just watch bands non-stop. The name was just a stupid joke that never got replaced, and as soon as the first one was over people were asking about the next one.’

And now, Lenman has decided that Manchester is the perfect place to host his all-dayer, with Lenmania III: LenManchester taking place on 18th December at Manchester Academy.

‘That was another stupid joke that caught on – “Hey, we should do one in Manchester and call it Len-Manchester!” But then, the more we thought about it, the more it makes sense. Manchester has always been a great town for me, particularly as a solo act, great crowds there. But also, I love the city itself. I love going down to the northern quarter and I have lots of pals here so even if I’m not playing a show I quite often find myself in town. And finally, it’s a great chance to show people that the music industry doesn’t start and stop with London!’

Lenman, an illustrator as well as a musician, has always been able to juggle the two careers successfully, though he does admit that recently this has been somewhat of a challenge.

‘Christmas deadlines for print are notoriously sharp so I was trying to finish two articles and an illustration for Doctor Who magazine at the same time as being on tour and gearing up for LenMania…then I had an album coming out and a week of fortieth birthday celebrations in the middle, so that was a bit hectic. I had to build a giant wooden cake for my wife to jump out of!’

Lenman’s aforementioned new album The Atheist, his fourth solo project, has been well received and comes as something of a departure for the artist.

‘The inspiration for the album was to make a softer album with a warmer feel, to step off the distortion and not shout so much and to see if I could make a happy record. I think I almost got there – especially on Side A, but then Side B gets a bit thoughtful and melancholy. I just get too bored if I stick with one vibe long enough – life’s not like that!’

For Lenman, making music is a war on bad art and one that he is continuously fighting.

‘For every fucking Adele record, we gotta have an answer, a retaliation, just to keep the balance – otherwise the world would turn completely beige. That’s what keeps me going.’

But who else does Lenman see as joining him in the fight against bad art. What’s been on rotation for him recently?

‘This is going to sound like a calculated answer but in all seriousness I’ve really been enjoying the LenManchester lineup. Other Half have got a great new record out, and I can’t stop listening to Rad Pitt’s Pitt Happens EP. But I’ve also really been digging Frontierer’s new record, and one of my old faves Nosotromo just came out with a new album so that’s great too. As we go into December though, it’s mostly festive tunes on the stereo. So Chaz and Dave’s Cockney Christmas and The Muppets soundtrack have both been in heavy rotation.’

With Lenmania in its third year and still going strong, does Lenman see Lenmania as a continuing venture?

‘Well this is the third one so I think it already is. It’s a good tool to have in the box, a different shape to tours or simple one-offs etc. It fills an awkward sized hole in a live landscape and people seems to really get behind the concept. I mean, the first one almost killed me, so let’s see what happens in Manchester before we make any rash decisions, alright?’

Me, Myself And I: 5 Fun Activities To Do By Yourself 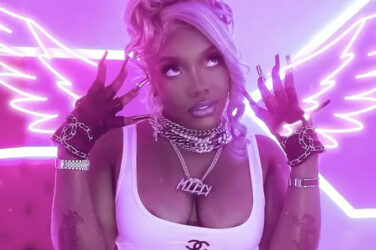 words Alexa Wang The world we live in is progressing towards all sorts of ...