I guess I would class myself as something of a modern Mancunian expert. I’ve lived in the city just about twenty five years and witnessed its transformation from decaying post-war, post-industrial relic, to modern swaggering metropolis. It is a revolution which is both joyful and gut-wrenching, gut-wrenching because the change has been so total, almost completely eviscerating the Manchester which came before it.

That shouldn’t matter of course, and to most it won’t, but after seeing a collection of pictures of the Manchester of old the other week, black and white and curling at the edges yet so intoxicating, atmospheric and dripping with character, a slight sense of loss did creep into my mind. There is a strange innocent magic in seeing the Tib Street of 1959, the fashionable bars and twee tea shops replaced by Ryland’s Carpet and Lino and lace net curtain manufacturers, or perhaps I’m wearing my rose-tinted glasses again, in fact I know I am. 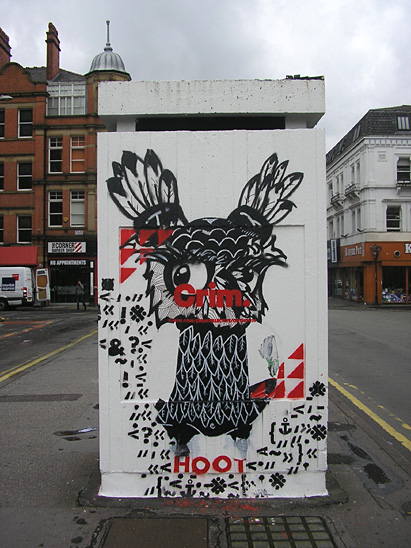 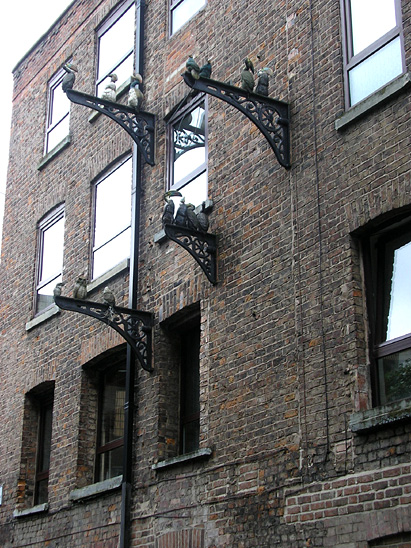 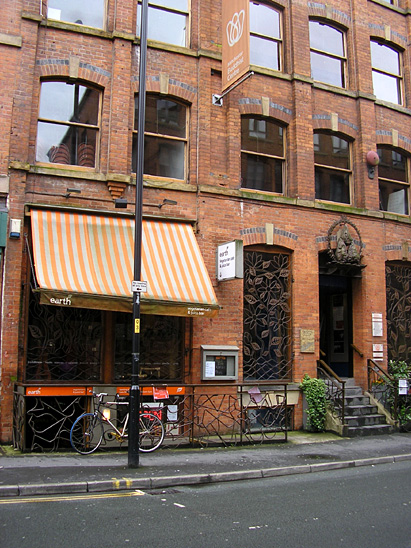 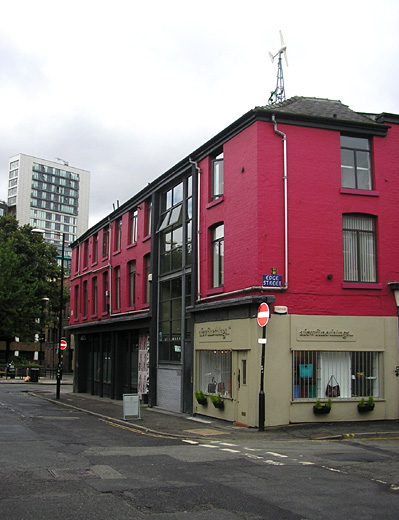 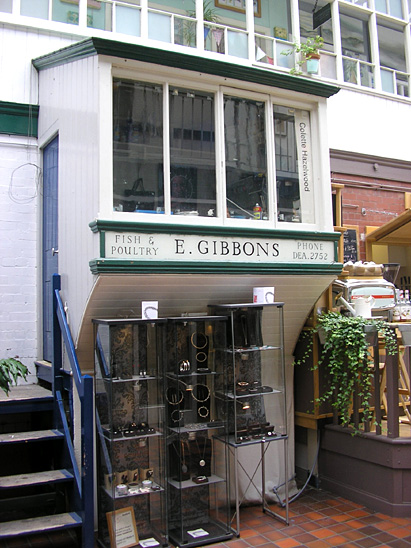 It was very much in the Manchester of 2012 however, that I met my friend, bookmaker and consigliere of many years, Mr Damien T Greenhalgh, to attempt the new Hidden City Manchester art trail “Creative Spaces”. Hidden City run a number of different clue led themed trails across various UK cities, which sees participants in teams careering around urban streets attempting to solve riddles delivered by text message to the participants’ mobile phones. It’s the kind of thing which would have managing directors and company executives frothing at the mouth just thinking of the “team building” opportunities.

The “Creative Spaces” trail, dedicated to my particular area of expertise, culture, aims to introduce or reacquaint people with Manchester’s thriving imagination, the cities innovative places of creativity and craft, be they galleries, theatres, independent shops or cafes, most of these being located in the Northern Quarter of the city, Tib Street and Oldham Street. The trail kicked off however from outside the city art gallery where we received, sitting on the steps, the first text message clue, and were left baffled. I don’t have a cryptic mind, it had taken me an eternity to locate my house keys an hour or so previous, they were on top of the microwave, and there is nothing cryptic about that.

After a good few moments bounding around the gallery, during which time we saw a chariot race, a cheetah and an elephant, a rather bawdy picture of Sappho, several nymphs, a storm off the Dutch coast, an interior with a lady choosing fish, a peasant girl gathering faggots and the Church of San Giorgio Maggiore, everything but the object which would solve our clue, Mr Greenhalgh informed me that we could, if we so wished, request a “hot hint” to help us out of our quandary and at least get us off the ground, in exchange for a time penalty. This was the first I had heard of any “hot hint” process, but Mr Greenhalgh, being ever prepared, had a better handle on the situation than my good self, and by the end of the day I had uttered the words “get a hot hint” so often in reaction to clues, that it became some kind of ironic catchphrase, signifying my utter bafflement at life and human existance in general.

This is not to say that the clues are impossible, they most certainly are not, and after reaching something of a nadir stood in front of the arch in Chinatown counting golden dragons, a process during which I briefly considered throwing myself into a vat of sweet and sour sauce, we began to hit our stride and the clues began to make more sense. The walk around town also began to become much more entertaining too and little by little we started to discover places and trinkets which, despite being hardened Mancunian veterans claiming to know the Northern Quarter like the back of our collective hands, we had never seen before, things which had passed us by. We were also reacquainted with forgotten institutions like the Manchester Craft and Design Centre, housed within the old fish market, which I have walked past many times, but ventured into a spare few. It is of course packed full of talent and pretty little things crafted with care, a place not to be overlooked.

Although there are no prizes, no scantily clad ladies accompanied by Les Dennis in spats waving congratulatory placards or cannons spewing coloured confetti as you cross the finish line, your team and completion time are entered onto an online leader board for your chosen city, where you can compare your time to others competing nationally. Me and Mr Greenhalgh finished last out of all the people to have taken part in Manchester so far, and rather embarrassingly we finished last out of all the people ever to compete in Hidden City nationally, but we are impressionable types easily distracted and we did take an hour and a half break for a slap up lunch at the highly regarded Le Relais de Venise on King Street, which most people taking part in the competition, I guess, usually forego. So in many ways we brought the shame on ourselves.

Be you tourist or native, Hidden City is a good way to scratch beneath the surface of the town you are in and the “Hidden Spaces” trail in Manchester is a particularly good way of becoming acquainted with the Northern Quarter, with all its colour and creativity and vibrant independence, which is a million miles better, of course, than the rabbit warren of pet shops and Victorian druggists which the area was comprised of in years past, despite my fondness for dusty old photographs. Sitting outside the new incarnation of Eastern Bloc in Stephenson Square, the sun, briefly, beating down upon a cacophony of bars and cafes as a man inside sorted dusty 45s on a table top, I remarked, “I fucking love the Northern Quarter.” Mr Greenhalgh agreed, and he didn’t even need a hot hint.

For more information go to www.inthehiddencity.com 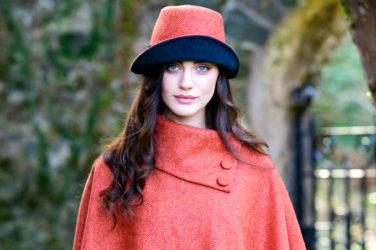 words Alexa Wang Autumn is well and truly with us, but we’re not entirely ... 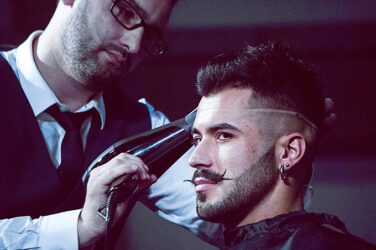 words Al Woods Everyone who has a mane knows that it can be a ... 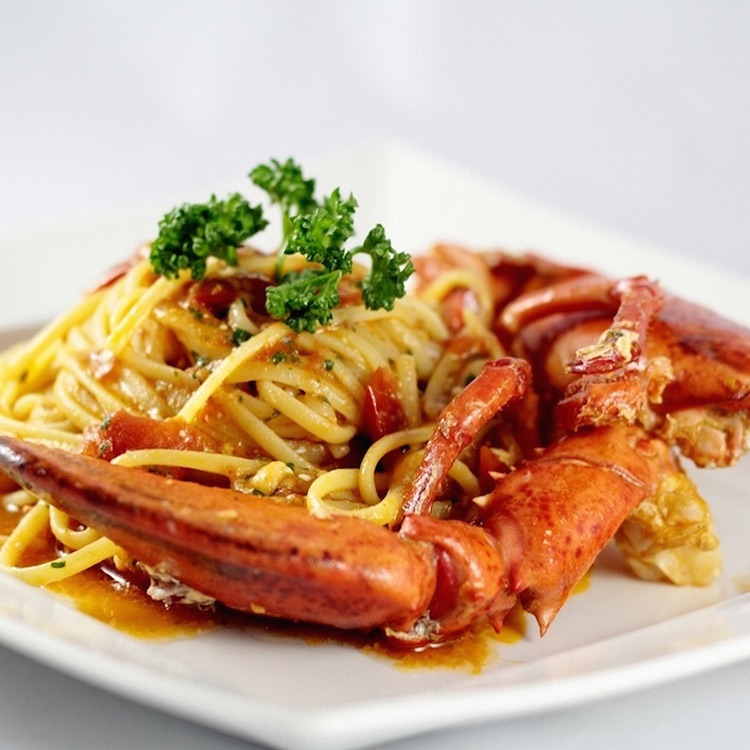 Words: Chris Zacharia There are many important things to look for when moving to a ...