Girls dressed in pagan furs and animal masks twist and twirl around us; my photographer, dressed in an Uzbeki kaftan, is demanding I roll him a cigarette; and my vision is so blurred that the edges of the wooded hills in the distance are beginning to shift and swirl.

This is Meadows in the Mountains 2016, a music festival in Bulgaria.

Meadows isn’t like your average fest. You won’t find a stage sponsored by Corona or prima donna DJs with swooning entourages. Having evolved from an annual summer party organised by a group of mates, it’s retained an unmistakably personal feel.

Situated in the remote Rhodopes mountains flanking Bulgaria’s southerly border with Greece, there’s a delicious feeling of genuine isolation. The mountains are covered in lush green fir trees. A milky mist laps at the slopes as though they were the shores of a lake. Traditional houses and huts with colourful shutters complete the fairytale aspect.

Despite my scepticism, getting to Bulgaria is surprisingly easy. WizzAir, a Hungarian airline with a vast array of routes across eastern Europe, offer the best value flights. And if you’re used to Ryanair, the service is a cut above what you might expect. From Sofia airport, it’s a four-hour coach ride to the festival.

We arrive on a cold, damp Friday morning in the village of Polkovnik Serafimovo. A handful of concrete houses huddle around a central square, teeming with taxi drivers, souvenir vendors flogging miniature bells, and bleary-eyed Meadows organisers wielding clipboards. From this square, shuttle buses deliver festival-goers to the main site on the mountaintop.

You can choose to camp on around the festival on the mountainside, or shack up in one of the village houses. To maximise authenticity, we’ve plumped for a house. After a five-minute climb into the hills, we reach the shell of what was once a family home.

Cavernous rooms bedecked in peeling wallpaper house marsh-green furniture and metal-frame hospital beds. Downstairs, the bathroom floor is crusty and frayed. The toilet is outside, in a concrete outhouse.

Will Squires, my photographer, takes one look at our bedroom and turns his nose up. “No wonder communism failed” he grumbles.

Once we’ve stocked up on a six pack at the village store, we’re watching the foothills roll past us from the rear window of a van. I’m squatting on a tyre; Will is perched on the back wheel guard.

Ringfenced by a primitive-looking wooden palisade, the festival site sprawls across the summit of a mountain. Criss-crossing the scattered clusters of tents, huts and stages, you clamber down steep leaf-covered mountain tracks and wind through fields of tall grass.

There are just over a thousand people here. Compare that to, say, Bestival (80, 000), Latitude and even Reading & Leeds (150,000), and you realize how much smaller Meadows is than your typical music festival. You bump into the same people throughout the weekend. Look, there’s Kerosene Bob. There’s Ron the Belgian who sells K. And over there are the Feather People.

Everyone asks me where I’m from with a hopeful uplift in their voice; when I reply (‘London’), they sigh with a wouldn’t-you-know-it look. I’ve never been to a music festival where such a high proportion of people have come from the same town. ‘London, mate’ becomes a running joke.

It’s an inevitable consequence of having grown out of such personal origins. Brothers Benji and Damian Sasse invited his friends for a party one year. It’s grown into a full-on music festival with two stages, a full line-up of DJs and musicians, as well as performance artists, wellness workshops and some heaving bars. Many people we meet are connected to the brothers in some way, enhancing the homespun, community feel.

By the time it’s Saturday afternoon, the sun has broken through the grey and we’re at the Sunrise Stage. Positioned so that it faces a yawning valley, spectacular mist-vanquishing sunrises reward the dancers who stay up until dawn. The music plays through the night, and the sunrise line-up – including Saoirse, Thugfucker and Albrecht Wassersleben – is powerful incentive to forget about bed.

As the sun sets, we head through the forest. In the middle of the woods, we find the Temple. A three-tiered treehouse packed with a totems, dancers and a powerful sound system, it’s the work of Dutchman Rik, whose piercing blue eyes and long blonde dreadlocks give him the feel of a hippie elder statesman.

“We built the bottom floor during the first year” Rik explains, gesturing to his handiwork, “and then added the second tier the year after, and the top floor this year”. Rik designed and built the structure himself. “It’s a good feeling to give something back” he smiles. “And Meadows is the kind of festival which gives you the freedom to do something like this”.

Meandering through the trees, we reach the main stage just in time to see John Tyson Charles, son of Craig and passionate musician. The crowd loves his soulful delivery, his gritty lyrics, his obvious enthusiasm. He’s the kind of vocalist who connects with his audience. Charles’ set epitomizes the appeal of Meadows: A crowd of a hundred or so, dressed in furs and sunglasses and boots, dancing and cheering in the last final rays of a piercing sunset.

Even though the music is mostly EDM, the setting, the crowd and the range of music goes far beyond. You wouldn’t get hippie-chic fancy dress, a violinist playing solo at sunset, or a quasi-pagan ceremony at an EDM festival. And on Sunday evening, the final night of the festival is opened with traditional Bulgarian song and dance.

We’re summoned to the woods by the sounds of drums. Within, an excited crowd has gathered to see the traditional Bulgarian choir. It’s easy for festivals to end up excluding local communities, who are often left picking up the pieces after the music’s gone, but Meadows succeeds in articulating a sense of place.

Musicians young and old play drums and something which looks like a bagpipe; women with headscarves and thick black frocks and red stockings chant songs whose lyrics stretch back through ancestral yesterdays.

Having followed the procession through to an isolated peak, the Bulgarians from the nearby village are already waiting for us. Many of the all-female choir, dressed in their matching uniforms, are octogenarians. Suddenly, as they begin their song, smiling and full-throated, you can see the flicker of youth in their eyes.

Emotion swells within me, crashing like a wave against the pit of my stomach. The choir’s joyful defiance of old age, gathering to sing songs they learnt as little girls when Bulgaria was a different country, is breathtaking. The old ladies link hands, supporting one another as they sing to a crowd of perhaps a hundred onlookers. Wisps of violet enrobe the vast mountain sky beyond.

An arm lunges at me, pulling my body into the throng. Traditional Bulgarian dance, not unlike the Greek opa, has erupted on this tiny patch of the summit, and within seconds we’re in full swing. I can see Will, conspicuous in his purple kaftan, being swept along by a young Bulgar musician. My feet are a tangled blur, my torso thrust this way and that, the sound of joyful peasant tradition filling the air.

Somehow we manage to follow the crowd back to the main stage. An even bigger crowd awaits us. They’ve gathered around the effigy of Saurog, a weave of wicker wearing a scowl. Once the crowd have been pushed back, the fire girls of Clapham can begin the ceremony.

“Pick up a handful of dead grass with your left hand” one commands beneath her zodiac mask. “This represents all the things you want to get rid of in your life. Put in in the basket that’s coming round” We stoop and search the ground with our fingertips for something soft. I choose a tuft of dead grass to represent my commute, tossing it into the basket. “Now let the burning of Saurog begin!” Cheers, cries to stay back. A mighty flame engulfs the scarecrow figure, gutting him from within and without.

Then the festivities really kick off. The Sunday night of any festival is always the most memorable, and Meadows is more manic than most. Once Saurog is left smouldering, hypnotic rhythms are being unleashed on the main stage, the moon emerges from the folds of the sky and we’re drinking double peach-juice-and-gin.

Fittingly, we end the festival at the Sunrise stage. Manned by Henry Wu, who whips the crowd up into a frenzy with a fiery remix of Talking Heads’ This Must Be the Place, followed by some big funk and soul hits. By midnight the rain is coming down in savage bursts, but the crowd don’t care. There’s something uplifting about seeing people who’ve travelled hundreds of miles to party on a remote Bulgarian mountaintop, undeterred by a downpour. And that’s the best thing about Meadows: everyone is so excited to be there.

Cheap flights direct to Sofia can be booked with WizzAir here

What every tourist should know before driving abroad

Swimwear styles for 2016 that fit the trends 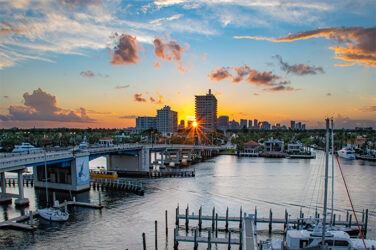 Five Mistakes You Don’t Want To Make When Visiting Florida

words Alexa Wang Out of all of the states to visit, the one that ...

Birth of Joy release album Get Well – words Alan Byatt Despite having three ...