What do you see as the future of art? “Cathie Pilkington and artist Jay Cloth”. The contemporary performance artists behind Misericord.

The butchered, tortured, unconscious creature returns your gaze, the discarded remnants of consumerist culture is reborn, reworked, and returned to greet the society which once deemed it debris. Misericord, the seminal new exhibition by curators Jo David and Rachael House, brings together the acclaimed artists Cathie Pilkington and Jay Cloth to present a rethinking of ‘over the counter culture’ and the identity of the appropriated object. The gallery space acts as the ‘misericord’ to provide a frame in which to house these relics of humanity, to physically support the depictions of our time.

Cathie Pilkington provides an aggregation of art forms, textures, and characters to form unified sculptures and tableaus which retain emotional fingerprints like a cheap souvenir of a distant childhood nightmare. “Expect a rich visual spectacle”, Pilkington states, “darkly narrative sculptures, strange and wonderful objects, sumptuous collages deftly cut from 70s porn mags all jostle for attention”. Her appropriation-riddled art-taxidermies at first seem almost like outsider art if it were not for the precision with which she deploys the eerie sense of familiarity through the haunting grotesques. Pilkington’s work defines assemblage yet defies identity, pulling together the hypocrisies of our own materialism with a strong art historical aesthetic; not since the Nouvelle Realistes has the art world been confronted with such startling realism of the true image of the product of contemporary society. “(For me) making art is primitive, religious, passionate and magical”.

The sheer energy of these two vivid artists combined makes this an exhibition of performance art project ideas not be missed. Just like Frankenstein’s monster, David explains, “the project will become even greater than the sum of its parts”.

From 25 February until 1 May 2011 at Space Station Sixty-Five. www.spacestationsixtyfive.com 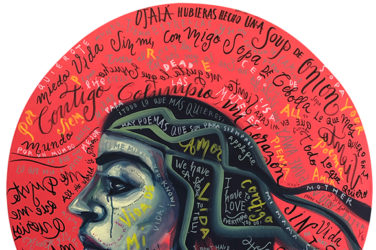 How Mexico’s Contemporary Art Scene Speaks to the Country

Interview with Lourdes Villagomez by Bojana Duric Cities around the world have started to ...