Despite it having been 21 years since his death, the topic of Nirvana’s front man Kurt Cobain has never lost its appeal.

When talking about 1990s popular culture, he can’t be ignored and, even now, people are reminded of him whenever an artist dies young.

Last year, one of this generation’s most influential singers, Lana Del Rey, cited Kurt Cobain as her hero, and, in relation to this, stated “I wish I was dead already”. Although Cobain never lacked media attention, both before and after his death, many questions about his life remain unanswered.

Brett Morgen endeavours to answer some of the most intriguing of these questions in his new film Cobain: Montage of Heck. This is the first biopic of Cobain’s life made with full permission from the Cobain family. Morgen has access to never-seen-before home movies, behind the scenes footage of Nirvana’s performances and Cobain’s personal archive of art and tape recordings. He gives us Cobain in unprecedented detail: growing up from an angelic and sensitive little boy to a rebellious teenager, and then a world-famous rock star, heroin addict, loving father and suicidally depressed patient. However, instead of presenting a more human Kurt Cobain, Morgen’s materials accentuate the image we already have.

Part of Morgen’s difficulty lies in Cobain himself. Any biopic of a man who died at 27 will struggle to find evidence of depth and maturity; to add to this, even in his adult years, Cobain did not approach life in a grown-up way. Throughout, it is clear Cobain desperately needed love and attention. But his stepmother’s stories of his adolescence, including mentions of sibling bullying show how he acted in ways that made it hard for his family to accept him. In the latter half of the film, he is shown as a loving father but he is immature and struggles to look after his daughter while battling his heroine addiction. The film is problematic in that it presents Cobain’s inability to fulfill his adult responsibilities as part of his charm, rather than a personal failure, that he is a victim of his celebrity status, and any responsibility – including to care for his daughter – not his own.

Compared to a traditional documentary, Cobain: Montage of Heck is technically innovative. Animation is used to demonstrate the important moments of Cobain’s life: his unsuccessful first effort to have sex, his failed first suicide attempt as a teenager, the time he hid in his rented apartment, writing the music that later came to define the band. The best use of animation is when his doodles and hand-written notes are brought to life. Although all of Nirvana’s hits are played in the film, and footage of live performances are combined flawlessly with animations produced from his notebooks, Cobain’s music is unfortunately not explored further. Perhaps the biggest unanswered question–the source of his unusual musical talent–is barely mentioned, and the inspirations of his most successful songs are not discussed.

The interviews in Cobain: Montage of Heck are revealing in one sense and not revealing in another. Cobain’s mother Wendy O’Connor and his wife Courtney Love talk at length about his childhood and relationships. However, their accounts feel somehow like performances, and lack credibility, not telling us everything of their relationship with Cobain. However, there are some interviewees who do give more, but in their silences. For example, during his interview, Cobain’s father Donald Cobain looks sad and repressed. Sitting on the sofa, he sinks into near total silence and tries to hold back his tears. It is the most touching moment in the film and a pattern that holds in general: the women in Cobain’s life are prominent but exhibitionist, the men either missing or closed and silent. Cobain himself struggles to voice his emotions; he alone finds his voice in music.

If you are intrigued by Cobain as a spokesman of youth, a fighter against the boredom of reality and a musical genius longing to be understood, Kurt Cobain: Montage of Heck provides everything you might want, from his birth certificate to his first footprint. This documentary doesn’t complicate our image of Cobain; it simply emphasises it, giving us little further detail into his mind and life than what’s on the surface. People expecting to get a better understanding of this everlastingly popular icon might be left unsatisfied. 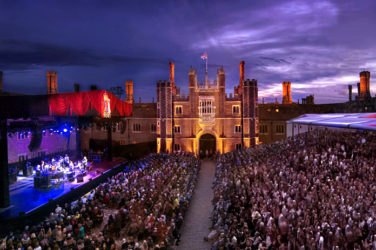 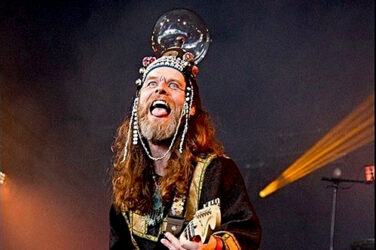 Weaving two parallel stories one in the present day and the other in 19th ...