Sustainability, whether it be in fashion, general living, or food, is beginning to grab the attention of the masses — particularly amongst millennials. But what exactly do we mean by sustainable food? A common definition is that it should be produced, processed, distributed, and disposed of in ways that contribute to thriving local economies and sustainable livelihoods.

Alongside this, sustainable foods should also protect the diversity of plants and animals, while avoiding damaging or wasting natural resources or contributing to climate change. As well as this, sustainable food is generally perceived to be food that’s of a higher quality, thanks to the more natural way it’s produced.

As you can see, there’s a lot to consider here. So, now we have a better idea of what sustainable food aims to achieve, let’s explore five ways you can start making better food choices and start putting your money where your mouth is.

The mass production of animal-based products uses a large amount of natural resources. By switching to plant-based meals (even if it’s just a couple of days a week) you can help reduce your environmental impact. With the likes of Quorn and Linda McCartney, plant-based manufacturers are becoming ever more popular so it’s becoming easier than ever to make better food choices.

By eating more plant-based foods, you’ll naturally begin to eat less meat. There’s a whole host of reasons why eating meat has negative effects, including mass deforestation to create cattle farms, and how the amount of methane gas produced by cows accelerates global warming. According to researchers at the University of Oxford, cutting meat and dairy products from your diet could reduce an individual’s carbon footprint from food by up to 73%.

While many people cite the health benefits of eating a plant-based diet, a common argument against it is the protein intake and whether it’s enough for the body to work properly. However, plant-based protein sources are in abundance, including tofu, nuts, and beans. There are even professional bodybuilders who eat exclusively from a plant-based diet, so the idea that it can inhibit muscle growth, or even has an adverse effect on the body, is blown out of the water.

If food waste were a country, it would be the third-largest emitter of greenhouse gas in the world, behind China and the US. Upwards of 40% of food in the US goes uneaten, which means all the resources used in production go down the drain too. To make sure you’re using every last bit, it’s time to rethink how you shop and cook.

Try only buying what you need, using up leftovers, and planning ahead to avoid purchasing any food you won’t use. Utilising your freezer storage is another good idea. We suggest cooking more than you need with meals and freezing them in single servings, ready for those moments when you may be lacking the motivation to cook.

And while you may already be trying your hardest to reduce food waste, small amounts are inevitable. To minimise any waste even further, consider either composting scraps of produce at home or, if that’s not an option, you could send it to a professional waste management service. These services can carefully decompose the waste in order to garner energy, as explained by Bywaters. The waste management company revealed the food waste is kept in a “specialised anaerobic digestion facility” where it decomposes to release methane into a sealed tank which is then “treated for purity and fed back into the National Grid”. Meanwhile, the remaining, physical waste is used as fertiliser.

Fruits and vegetables are seasonal, so they’re imported when they cannot be produced on our own turf. A huge amount of food is thrown away by supermarkets before it’s even made it to the shelves, with many of the discarded produce not surviving the long journey on the road. Shopping locally grown produce means that it won’t have travelled very far, ensuring it’s as fresh as possible.

But how is organic food sustainable? The main reason is synthetic inputs like pesticides and fertilisers, which create a host of environmental issues due to the harmful chemicals they possess. Organic food is grown without these, using natural approaches, such as rotating crop and manure, helping prevent farm workers, consumers, and the environment from being exposed to harmful pesticides.

4. Grow your own fruit and veg

Whether it’s a bunch of crunchy carrots, plump tomatoes, or potatoes for your soup, there are many foods that you can grow in your own back garden or a local allotment. This not only helps save energy and natural resources that are used in mass production, but gives you a great sense of satisfaction. And what’s better than dishing up home-grown meals served fresh?

Growing your own produce has similar benefits to buying locally, such as generating fewer air miles. You may even pick the food immediately before cooking it, keeping it as fresh as possible while eliminating any need for unsustainable packaging, which can be difficult to avoid when shopping in many supermarkets. Although supermarkets are upping their efforts to reduce plastic use, there is a need for it in order to keep fruit and vegetables fresh – particularly when they must be transported across the globe. And as previously mentioned, produce that doesn’t survive the journey from harvest to shelf is thrown away, contributing to food waste. This means businesses face enormous difficulties to eliminate such packaging from its shelves. This can be easily bypassed if you’re able to grow your own produce.

And if you don’t have a garden, you can still grow a selection of herbs quite easily.  Herbs are easy to grow on the windowsill of your kitchen, handy for whenever you need them. Besides, there’s nothing better than fresh basil on a margherita pizza or pasta dish.

Imperfect or ‘ugly’ fruits and vegetables are those that taste absolutely fine but have been banished from grocery stores because they don’t meet the industry’s cosmetic standards. These products don’t taste any different, so there’s no real reason for them not to be sold other than how they look.

But mere perception is no excuse when you hear facts such as 52% of all food produce goes uneaten in the US. To combat the issue, many organisations are doing their bit to ensure these imperfect, yet edible, foods are available to buy. For example, companies like Imperfect Foods and OddBox are food delivery services that sell discarded produce at more affordable rates. It may not change the whole system, but it’s one way to fight back against the massive amounts of food wasted.

Why Have Car Production Levels Plummeted in the UK?

Music Article by Daniel Lennard After the success of last year’s Semibreve Festival, the ...

Giant Alaskans with Insta-friendly everything? Only at Fancy Crab

‘Instagram-friendly crab restaurant’ (Instacrab?) might not sound real.   Yet that’s what Fancy Crab is. ... 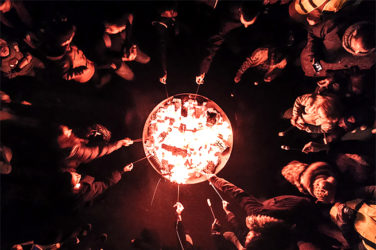 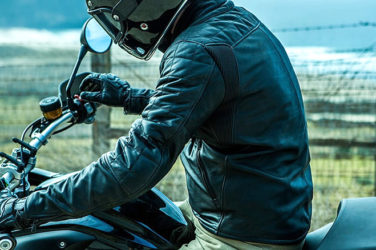 What to eat when you’re on the road with your motorcycle  Are you planning ...