It’s often said that painting is a vocation, and perhaps that’s why people from all walks of life, doing all sorts of jobs, turn their hands to art. Sometimes famous faces, who aren’t painting for money or acclaim, create artworks that are so well received they become valuable pieces of art in their own right.

The leap from musician to fine artist may not be the most surprising. Musicians are people who are born to create, and the medium in which they channel their ideas can be flexible. But sometimes lyrical genius does not translate to the canvas.

Here we document the fine art ventures of some of the most recognisable musicians who also paint, from the critically-acclaimed work of Bob Dylan, to the somewhat bizarre watercolours of Marilyn Manson. 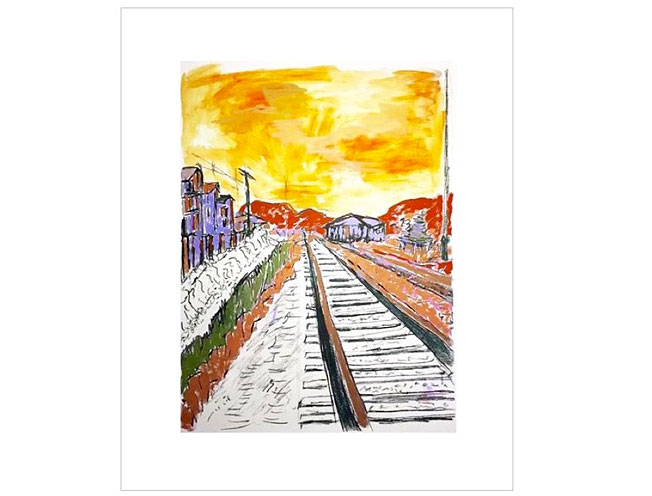 Bob Dylan is one of the most influential musicians alive today. His songs have become anthems for civil rights and anti-war movements, and his lyrics are so poignant and powerful that he was awarded the Nobel Prize for Literature in 2016.

He has also been prolific as a painter, drawing heavily on themes such as race, politics and the blues. Bob Dylan’s artwork is testament to decades on the road, experiences which are especially clear in his Brazil series of works.

His work was first brought to public attention with the publication of the Drawn Blank book in 1994, a compilation of sketches made while on tour in America, Asia and Europe. These drawings were a glimpse of the world through his eyes, fleeting moments that documented life on the road. It’s this intimacy that makes his work so highly sought after for fans and art collectors alike. 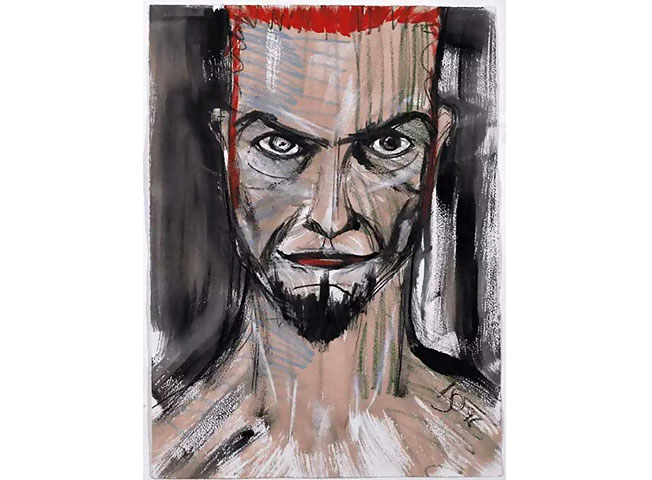 Another multi-talented artist, David Bowie was a face on the art scene of Brixton, South London long before he mesmerised the world as Ziggy Stardust. The late musician epitomises what it means to be an artist, turning his hand to music, acting, and painting with equally impressive results.

Bowie’s paintings took various forms, from abstract self-portraits to mythological scenes inspired by his travels around the world. His South Africa series, for example, explored ancestral folklore that he was told upon his first visit to the country with his wife Iman. Bowie was also a keen art collector, with works by the likes of Damien Hirst, Jean-Michel Basquiat, Henry Moore and Frank Auerbach among his collection. 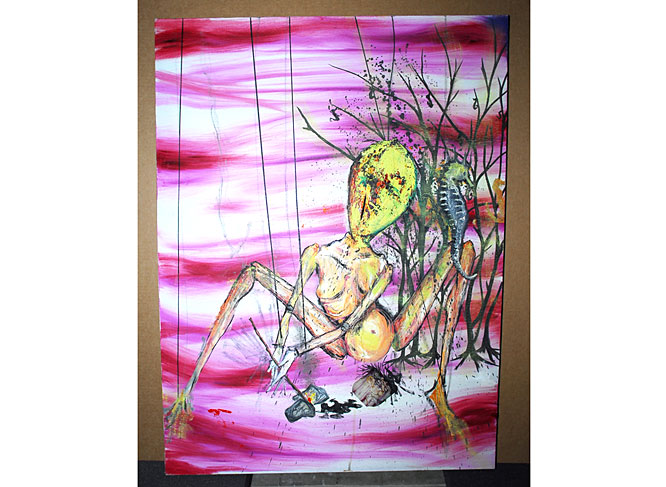 Best known as the late frontman of American rock band Nirvana, Kurt Cobain was a talented but tortured soul. Having led an extraordinary life, Cobain took his own life aged just 27, leaving behind a dynamic and long-lasting legacy that changed the musical landscape as we know it.

Not only was Cobain a groundbreaking musician, he was also a talented visual artist whose work offers an insight into the mind of a man battling his own demons. Many of his macabre artworks were created during a tender childhood and are eerily symbolic of the troubled and short life he would go on to lead. 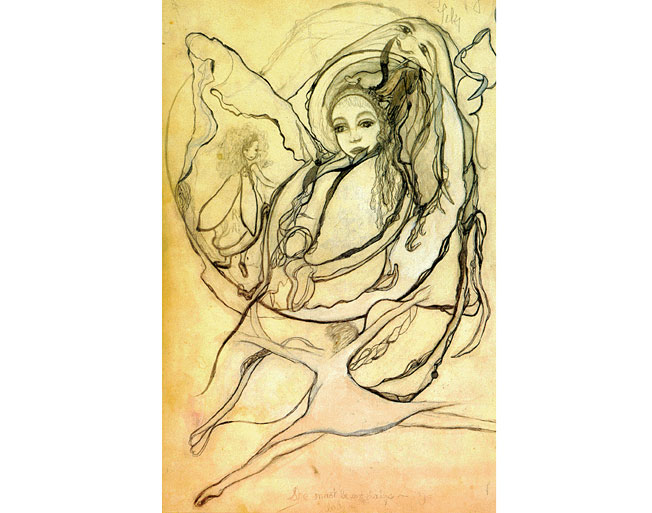 Often referred to as the Queen of Rock n’ Roll, Stevie Nicks is one of the best selling musicians of all time. In a career spanning five decades, her work with Fleetwood Mac and her extensive solo career have seen Nicks sell more than 140 million records worldwide.

Stevie Nicks’ artwork may be dwarfed by her music career, but her paintings deserve to be appreciated in their own right. Taking angelic figures as her subjects, her ethereal paintings were originally inspired by a friend who was suffering from leukemia. 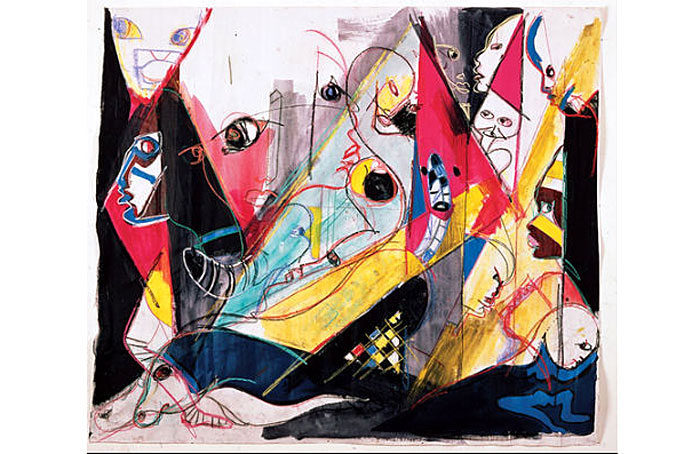 Legendary jazz musician Miles Davis is responsible for some of the best records ever made, including the masterpiece ‘Kind of Blue’. Yet, his other talent, painting, is generally overlooked. Perhaps that’s because he didn’t begin to paint seriously until he was in his mid-fifties, during a period where his musical output was sparse.

Davis’s art has been described as a sharp, bold and masculine mixture of Wassily Kandinsky, Jean-Michel Basquiat and Pablo Picasso. A distinct influence of African tribal art is also clear in his work, something with which Davis had engaged with throughout his musical career. The cover for his 1970 album Bitches Brew, designed by German artist Mati Klarwein, became famed for its Afro-centric and psychedelic undertones the reflected the Black Power movement and the progressive counterculture of the early-70s.

Marilyn Manson is one of the most divisive figures in rock music. Lauded as a genius by his legions of fans, he has consistently faced criticism for his controversial stage personality and supposed satanic views.

Manson’s watercolour paintings are as strange as the man himself who says of his art. In September 2002, his first show, The Golden Age of Grotesque, was held at the Los Angeles Contemporary Exhibitions Centre. His watercolour creations were likened by critic Max Henry to “the works of a psychiatric patient given materials to use as therapy.” He went on to add that his work should not be taken seriously in a fine art context, rather that their value lies in their celebrity, not the work itself.

Ronnie Wood is best known as a member of iconic British rock band The Rolling Stones, the band he’s been in since 1975. However, his interest in art predates this, dating back to the formal art training he received at Ealing College of Art, London in his younger days.

As his music career flourished he continued his passion for painting, creating portraits of band members and musicians he admired, as well as friends, family and self-portraits. Jimi Hendrix, Elvis Presley and Mick Jagger are just a few of the famed musicians Wood has chronicled in his artwork. He creates his original pieces using everything from charcoal, oils, acrylics, spray paints and watercolours, varying his style to evoke a particular mood he wishes to convey.

The true cost of beauty 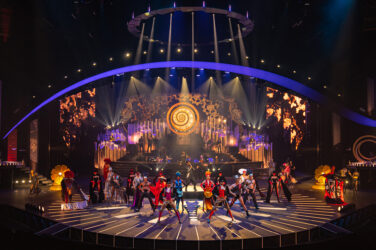 Psychedelia has found a new era through the birth of British bands that have ...

We discovered Maddy Ellwanger through the music platform ReverbNation that enables artists and bands ...