Papercranes, anchored by lead singer and songwriter, Rain Phoenix, and flanked by her revolving cast of collaborators, will release their second album in the UK on the 11th July via Manimal Vinyl (Bat For Lashes, Warpaint, Sister Crayon).

Let’s Make Babies in the Woods,  is a mesmerizing mix of gritty, psychedelia-tinged folk, propulsive rhythms, and orchestral expansiveness.  The soul of each papercranes song is formed by Phoenix’s voice, which drips with emotion and is equally comfortable as an airy whisper or a shiver-inducing, raspy wail.

‘Sea Red’ is the first single to be released from the album, with this stunning video directed by Amanda Demme.

The Festival of Britain 1951 – Article by Robert Leeming 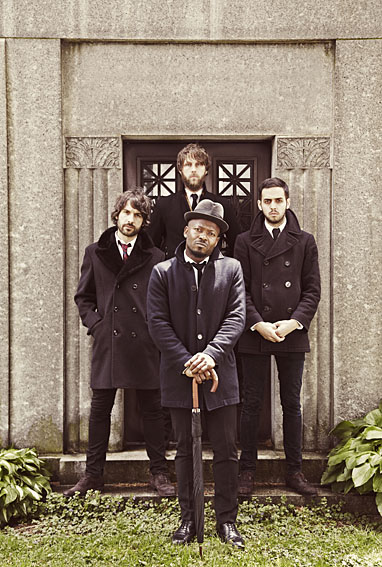 This is a warm slab of dark, funked up rock from The Heavy that ...