If you are looking for a story that is filled with drama, you will undoubtedly enjoy The Laureate. To make matters even better, it is based on a true story. This film is set against the glamour of the roaring 1920s in Britain. It tells the story of Robert Graves, who was a young British War Poet. Read on to discover more about this Red Rock Entertainment review.

Graves is married and has four children. They live in an idyllic cottage, yet it is rumoured that their marriage is close to destruction.

Graves then meets a writer from America, Laura Riding, and they become romantically involved. Defying the conventions of polite society, Graves asked Laura to move in with him and his wife, and they end up living as a ménage a trois. If that was not complicated enough, this ménage a trois soon becomes a ménage a quatre when Geoffrey Phibbs, a strappingly handsome Irish poet, also moves in.

As you can imagine, tensions start to rise, with rivalries developing in the household. It becomes so bad that Graves ends up being a suspect for attempted murder.

The film is due to be released soon. It was directed and written by William Nunez. It also features a whole host of stars, including Tom Hughes and Laura Haddock, as well as a former Glee cast member, Dianna Argon. Originally, Hayley Atwell and Dominic Cooper were cast. However, they both had to drop out because of conflicts with their schedule.

Tom Hughes plays Robert Graves, with Laura Haddock playing his wife, Nancy Nicholson. Laura is best known for her role in Guardians of the Galaxy, whereas Tom Hughes shot to fame in Britain when he had the lead role in The Game, which was a BBC Cold War drama that hit the screens in 2014. Dianna Agron plays the attractive writer, Laura Riding, who comes to live with the couple. Charlie Kelly then plays Geoffrey Phibbs, who makes matters even more complicated when he moves in with the family. Charlie Kelly is a Dublin-native, and he has been featured in several different TV series, including Vikings and Safe House.

From murder to sordid love affairs; this is a film that certainly has a bit of everything. Production started in 2018, and we all eagerly wait for it to hit the screens. We are sure that it is going to be a massive success. After all, the backbone of every successful film is a fantastic story and plot, and this certainly has that. Top it off with the incredible cast and what more could you want?

How to make your adventure trip a success 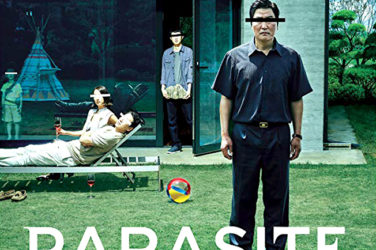