Subverse is a dark look into the near future in the form of a sci-fi web series from director, writer and animator Joseph White. The series is set in a nightmarish world where people spend most of their time indoors living out their lives virtually.

The need to go outside has been virtually eradicated. The inhabitants of this world work, socialise, play games and even have relationships online. This is beyond the online experience we enjoy today. In Subverse people ‘jack-in’ to their machines with a hypodermic needle and mainline their internet experience into their bloodstreams so it becomes an immersive and very real hyper world.

Subverse is by Joseph White the award-winning director and writer. The whole thing is done on a shoestring budget. This is not the slick and polished product you might find as the latest Netflix release. Somehow though that adds to the appeal – it makes it feel more immediate and real rather than on overly polished full-blown Hollywood affair. Subverse is currently doing the rounds of the festival circuit and has won 11 awards including Best Sci-Fi Series at London Short Series Festival, Best Episodic at the Infinity Film Festival Beverly Hills, and the Future Vision Award at the Boston Sci-Fi Film Festival. It’s picking up some great praise from critics and film lovers alike.

“Poses some very important questions about our increasingly technocratic society.”

“I regret not having seen this masterpiece earlier”

“I want the next episode”

So, Subverse is a bit like our world but darker and more disturbing – a bit like Black Mirror if you like. It’s a possible future for us all and that makes it scary. But it’s entertaining as well and well-paced so the episodes fly by. I was a bit wary myself about watching a film series online but it works well on the digital screen and really hooks you in.

The first episode sees Max meeting the girl of his dreams online who invites him on an ‘outside’ date. The idea of the outside world though has become so disturbing to him that he makes a mess of the date and races back home to the security of his virtual world. He indulges in a late night porn binge and stumbles on a portal to the dark net. Despite warnings he enters. It’s a great cliff-hanger and has me hooked. It’ll be interesting to see if they carry this idea on and we get to see more episodes of Subverse – I’m hoping so.

You can get to see the episode 1 by clicking below or online via Vimeo, YouTube, and Apple Podcast. In the social media aspect, you can find them online, of course, Twitter, Instagram, Facebook, and Patreon..

It’s easier than ever to quit smoking, and here’s why 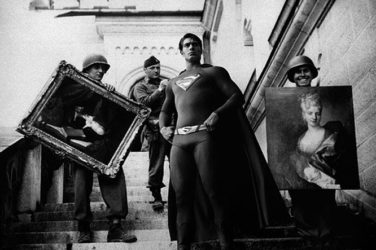