Anyone watching events unfolding in Syria will no doubt share the same sense of frustration and helplessness that I myself feel as the images are beamed into our living rooms. The brutality of the regime is truly breathtaking.  The situation is grave and changing on a daily basis. Pity then the organisers of Reel Syria – Arts & Film Festival London. The idea is to showcase Syrian culture to UK audiences but little did they know how events would transpire in that country when they set out with this project.

So at a time when Syria is engulfed in violent conflict, the festival will present a nuanced portrait of the country and its people. On the anniversary of the uprising, Mosaic Initiative for Syria will also raise funds for Syrians displaced and affected by the current violent crackdown.

The artist/musician Bill Drummond (ex KLF) is backing the initiative and one of the highlights of festival is his performance of Score 328: SURROUND by ‘The 17’. There’s also a Syrian film programme by DoxBox including a screening of ‘A Flood in Ba’ath Country’ directed by the late, Syrian documentary maker Omar Amiralay plus and an evening panel discussion on creative resistance with guests, including Asian Dub Foundation’s Steve Chandra Savale, Syrian novelists Manhal Alsarraj and Mamdouh Azzam, and other participants TBC. It’s  just been confirmed that Syrian singer, musician and activist Samih Choukeir will be performing at Kensington Town Hall as part of Reel Syria 2012. There will also be a fundraising Syrian-style bazaar at Kensington Town Hall.

Debuting feature filmmaker Diego Quemada-Diez tells us, “I just had to express the great ... 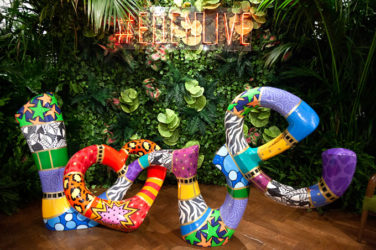