While films such as Martin Scorsese’s The Wolf of Wall Street and Adam McKay’s The Big Short have turned the greed of capitalism into successful box office hits, Kief Davidson and Richard Ladkani offer an alternative exploration in The Ivory Game.

It is one that investigates the devastating impact of greed on nature, specifically the at risk Elephant. An emotionally confronting experience, Davidson and Ladkani’s documentary creates a sense of despair at the propensity for man’s cruelty – the victimisation to the point of near extinction of an animal that we can connect to in terms of our own emphasis on memory, social interaction and expression of grief. Yet as the documentary reveals, while a tragedy is unfolding, it is not without the hope that a mistake that threatens our sense of  humanity can be prevented.

In conversation with Flux, Davidson and Ladkani spoke about the pressure that came with taking on the project and the creative sacrifices that were required throughout the editing process. They also reflected on the emphasis of cinema as a tool and the vital need to reach the audience to instigate change through educated awareness. 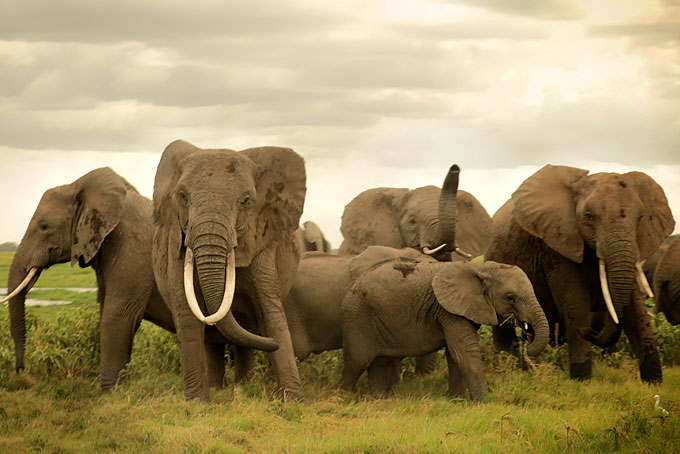 How did you initially became involved in the project?

Kief Davidson (KD): Richard and I go back many, many years. We’ve worked together once before on a film called The Devil’s Miner, about twelve years ago, and we’ve been friends ever since. We were actually on vacation together with our families when the idea of this came up. Richard had told me that he had read an article in The New York Times called The Price of Ivory, which was about how Elephants are potentially about ten years away from going extinct. It was that initial conversation that we had while we were vacationing together that would ultimately lead us to making The Ivory Game. At the time I think we were both shocked by the sheer numbers that were coming out of this publication – thirty to thirty five thousand Elephants per year were being killed for the Ivory. I think we both knew that this was going on, but not on such a large scale. So we decided to join forces and not only join forces, but if we were going to take this film on, we were going to have to find a way to make it efficiently and to get it out into the market place. When you have a hundred thousand Elephants being killed a year, it is something that can’t wait. It’s an urgent situation and of all the films that we’d made separately and together, this was by far the most urgent one that had to be made and made well.

Picking up on your point about the pressure you experienced, it strikes me that it would be impossible to adequately express through words?

Richard Ladkani (RL): Yeah, exactly. This was a very interesting situation because we knew that we had to make a really good film in order to make a difference. Good films take time and on the other hand the longer we took the more Elephants were going to die. So it was a very strange situation to go into the film knowing that. But we decided to go for it and we would need as much time as we needed because the first thing was we had to get access – we had to find out who were the big players and who were the ones making the difference. We also needed to find hope because if we couldn’t find hope in the film then it was going to be the saddest film ever, and that’s what we didn’t want. There have been plenty of films made about poaching that just addresses the issue as a terrible tragedy. But there are so few films that actually show hope and don’t just talk about it, but actually present it as a real thing. So it was important for us to find people that are in the middle of this whole fight and are actually successful in it and that’s why it took three and a half years in the end from the first idea to the finish. But at the same time we feel very satisfied because we found the most exciting and interesting characters. We have a very diverse and interesting story structure as well, through the kinds of people that we chose – conservation, trafficking and people in government. So it’s a nice combination that we are happy with. 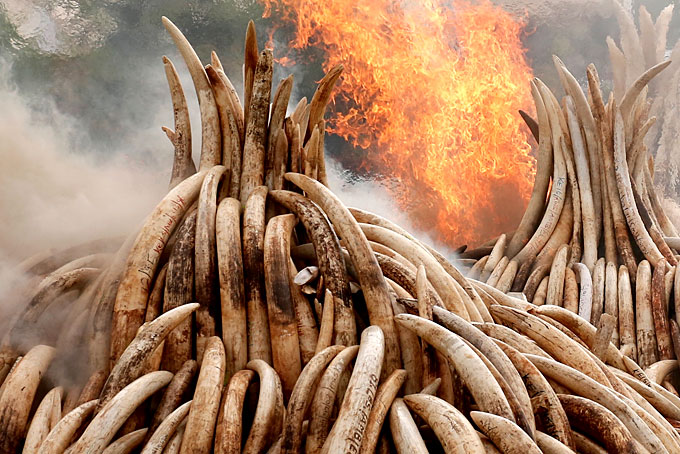 How did the film evolve throughout the filming and editing process, and particularly in regard to the editing of the film, was content left on the cutting room floor that you’d have liked to have seen included?

KD: Any time you are making a film on this scale, it is very complex. You can see that we have a lot of locations and characters, and there are always going to be things that you have to leave behind, even if they are unbelievably strong stories. And one that comes to mind for sure is a story that we did on the Ivory Queen. If you do a search for Ivory Queen you’ll find a ton of articles on her. She’s a Chinese woman who was busted by the Tanzanian Secret Police and we were there when it happened. It was such an incredible and dramatic storyline, and unique for an older woman in her sixties that was busted for Ivory trafficking. So while this story made global headlines, we ultimately felt that this was something that just didn’t fit in our film. We had the Shetani storyline which unfolded and came to fruition, and had a solid conclusion, whereas with the Ivory Queen it had not been fully resolved yet. She’s going to court on November 4th, which is ironic because that’s the date of our Netflix premiere. But that’s an example of when you have two somewhat complimentary storylines and one is going to make it and the other is not, and that was one of our casualties.

RL: One more that actually didn’t make it and was also quite interesting is that we had a full story on Andrea Crostas in Africa. In the film he’s only active in China, but in reality he’s also active in Kenya and Tanzania. We had the full investigation going on in the Mombassa port, which he infiltrated and which we got undercover footage of the corruption  containers that were not being scanned and all kinds of evidence. It was an unbelievable and heart pounding story in the middle of Africa, but it just didn’t make it because there were too many stories already going on in Kenya and Tanzania. So it ended up on the cutting room floor and we just focused the investigation on China. 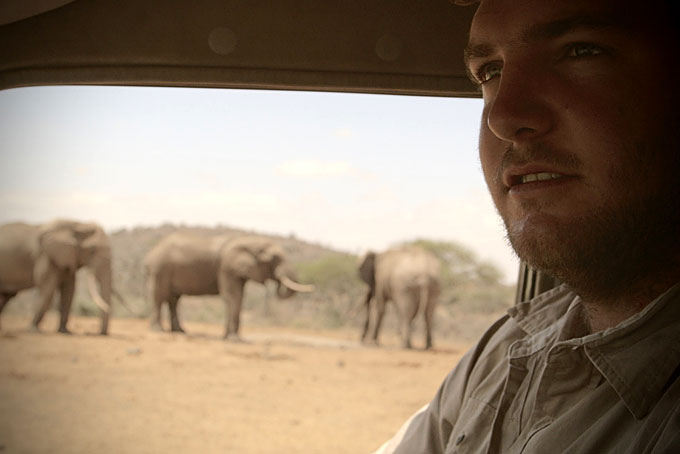 There have been a number of films reflecting on finance capitalism recently that contribute to cinemas frequent exploration of human greed. The Ivory Game offers a distinct perspective on human greed as not only a financial, but a destructive antagonist towards nature.

KD: This is the ultimate example of human greed at its worst. The people who are buying, selling and doing the killing couldn’t care less about the future of one of our most sacred animals. For someone to walk up to an Elephant, these massive magnificent creatures, and put a bullet in them or cut off their heads shows that they have are no feelings or no remorse. All they really care about is making money off this and that stems all the way to the people that buy the Ivory, and who know and understand where this Ivory is coming from. If they buy Ivory that is beautifully carved, they know that this Elephant was likely killed for its Ivory, and they are just as greedy as the people that are doing the killing. The thing is though that a lot of people don’t quite know the details. They don’t know that the Elephants are being killed because there is a lack of education and a lack of knowledge. A lot of people think that the Elephants die of natural causes and that’s how they have the Ivory, or it’s an old Mammoth that has been dug up. So I think first and foremost people need to be educated, and we are hoping that the film helps to do that so people fully understand that Elephants are being killed. But for those that know about it, there are really no excuses.

RL: We also heard recent figures from Andrea at WildLeaks that they now have information that there’s over one thousand tons of Ivory stockpiled in China. So people are actually stockpiling and are waiting for extinction because if that happens they will be billionaires. So that is the utmost greed you can imagine – people that are locking it away in rooms to one day be the billionaires of the future.

The Ivory Game highlights the importance of cinema to not only entertain, but to inform. Listening to you both, it is clear you have an appreciation of cinema as an informative tool, but with that must surely come a responsibility towards the subject?

RL: Well it was a very calculated decision to make this film big and to look good and valuable, and also to be something that a lot of people would want to see because yes, we see it as a tool. Yes we want to make a good movie, but in the end we also want it to go out to be seen by so many people, so that we’ll have reached them, reached their hearts because we can make a difference with that. We went into this with a message: Guys you have got to wake up. This is really happening. This is true. Elephants are going extinct and we have these amazing heroes that are risking their lives everyday while you are drinking coffee at home. They go out there and they might get shot for this cause. When we came together we said we wanted to reach the maximum number of people. We wanted this to be everywhere in the media. We wanted awards so that people would write about it and so forth. So yes, we use it as a tool to make a difference.

THE IVORY GAME documentary is available now, exclusively on Netflix. 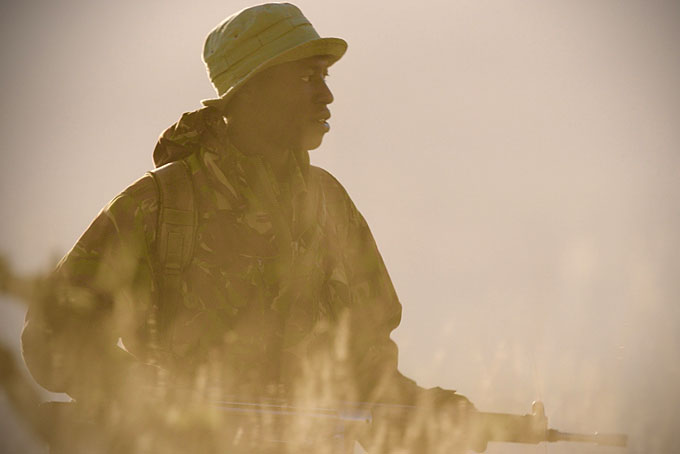 Essential items you should be wearing this Autumn