The Man Who Killed Hitler and Then the Bigfoot, the directorial feature debut from director Robert D. Krzykowski, tells the story of legendary American war hero Calvin Barr (Sam Elliott/Aidan Turner). Decades after serving in WWII and assassinating Adolf Hitler, Barr is living a peaceful life in New England, yet is weighed down with feelings of regret over the assassination and the memories of his lost love Maxine (Caitlin FitzGerald).

Contacted by the FBI and the Royal Canadian Mounted Police to hunt down and kill the legendary Bigfoot, who is  responsible for spreading a plague, Barr finds himself confronting a very different adversary this time around.

In conversation with Flux, Krzykowski discussed the revolutions in cinema and art, and his intent to create a meaningful discussion around ideas about human identity and interaction that subverts the expectations of the film’s title. 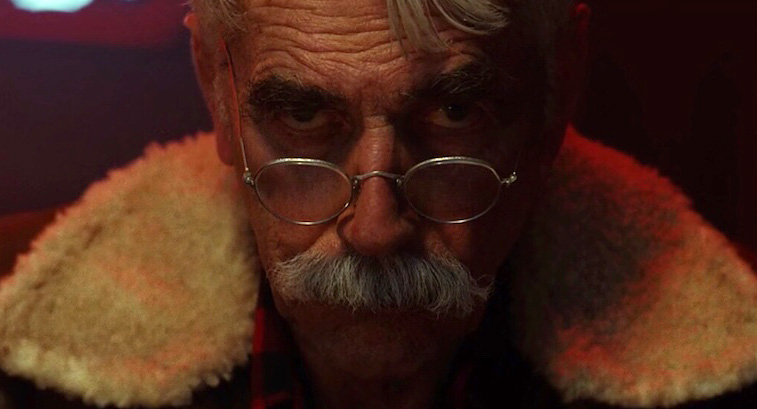 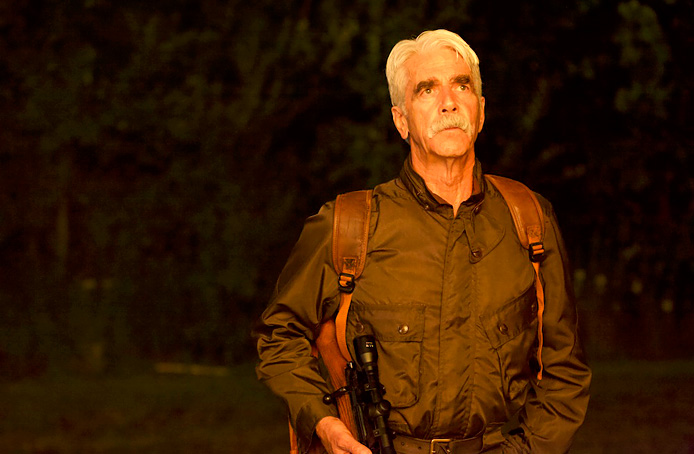 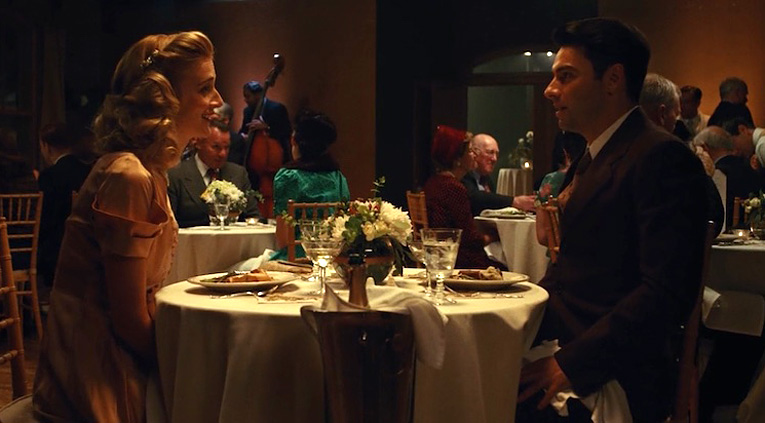 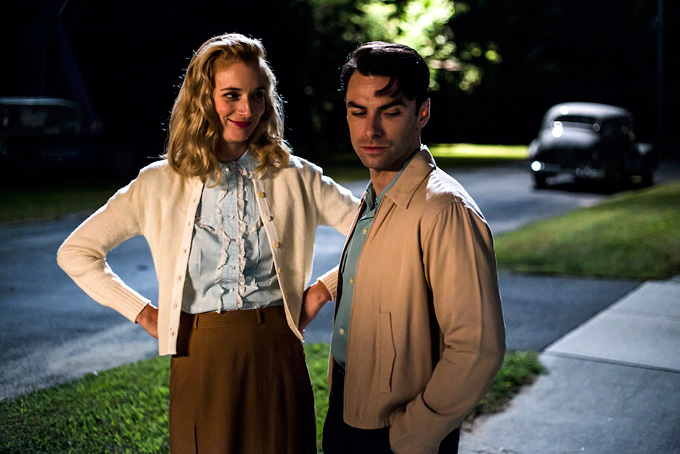 How did the expectations of your feature directorial debut compare to the realities of the experience?

I was unsure of how people would respond to this. I knew that the cast and the crew that we had gathered together felt very strongly and believed in the movie, but I never knew for certain if it would make the leap to an audience. So the first festival we took the film to I was really nervous, and incredibly self-conscious because I knew the film was taking a bunch of risks, and that maybe those risks wouldn’t be received. With each festival that we went to, that feeling was relieved a little bit more.

I always expected the audience to watch the film in the way that you might watch a true drama, which means very quietly and intensely. The surprise has been the way the audience interacts with the movie either through laughter, cheers or tears. I didn’t quite expect to encounter that and it still surprises me even now. But if it’s reaching audiences in that way, I feel we all did the job that we set out to do.

You just never know how it’s going to be received, and especially when you are given an independent film like this, with the freedom to make the film you want to and that doesn’t fit into any one convenient box. I love stories, and you probably wouldn’t think that for a movie named The Man Who Killed Hitler and Then the Bigfoot, one of the biggest influences would be Frank Capra, but it’s true.

There is tendency to segregate stories, and yet all storytelling intersects even if on the surface the contrasts appear to be sharply defined.

Sam Elliott has a line in A Star is Born, where he says something about how music is basically the same notes being played over and over on a slightly different variation. Cinema has had these revolutions, where they kind of repeat themselves, but in the repetition something gets added and morphed into a new perspective, or a new way of looking at it.

In the late 60s and the early to mid 70s you had one of those big revolutions, and again, in independent film in the early through to the mid 90s there was a big revolution. And I think we are living in another one of those revolutions right now. There are so many great filmmakers that are adding their theory to this revolution of the same series of notes, and some of the ways that people are doing that is very radical, and I think it’s fascinating.

Why do you consider this to be a moment of revolution in cinema?

It just happens with all art and music, where it is constantly evolving and building on itself. Giant leaps only happen rarely and so between those leaps is the way that certain music can be geometric, like a Philip Glass piece for instance, where it’s repeating a motif, and every third or fourth rotation it will add a small something to it to become slightly more complex. I think that’s how all art works, and film is constantly doing that.

If you are living in the midst of it, then it might feel like you are looking at these repetitions, and it doesn’t feel like there’s anything bold happening in the moment. But then, when you are five years or a decade removed, you look back and the things that were standing out, stand out all the more. I remember in the 90s all my friends were saying there is nothing new in music: “When is music going to have a revolution?” And then five or six years later you realise just how much new and different, and exciting stuff was happening. But since you are just enjoying it in the moment and not thinking about it so analytically, or maybe you are too young to even realise it, when you get away from it a little, you then start to see all the different people that were standing out in unique ways. And one of the very few things that is exciting about the passage of time is the reality of how a particular moment can reveal itself to you.

Turkish filmmaker Nuri Bilge Ceylan remarked to me: “…I don’t think cinema can create a Dostoevsky yet…” Speaking with director Jane Magnusson for Bergman – A Year in a Life, she suggested: “…film has to have more time to become classics… I think Bergman will be taught in the same way that universities teach Shakespeare and Dostoevsky, or any other literary giants. Kurosawa, Bergman and Fellini, all these pioneers will be taught in the same way…”

You just have to give it time. A hundred years on from some of the great films that were made, I think that they will be like Dostoevsky. It’s not so much that it can’t be, it’s that you can’t see the forest for the trees right now because you don’t have that clarity when you’re living in the moment. You have to give it time and give it space, but I would say that with absolute certainty, there are filmmakers that are as talented.

I don’t care if a film is good or bad; I don’t want to judge it on those grounds, but on the feelings that it evokes and the connections with the characters. If I feel something, then that supersedes narrative imperfections. And while cinema is the stage for the characters, they become a prism for us to come into touch with our emotions and deeper feelings – a film becoming more about its audience than the characters.

… Film only exists in the moment that you watch it, and every time you think of it, it exists in a memory that you are literally tapping into. And how much emotion is attached to any one memory is how much we’ll recall it – the feelings that you felt when you were existing in that one moment. So film has this lingering echo that lives inside of you, and the only thing that defines that film is an overarching feeling, emotion or reaction that I think is very much connected to one of only a few ways we can feel. And if a movie makes you feel something that becomes one of our hundred, thousand or ten thousand bright vibrant memories, and that memory is attached to a feeling, it is very fair to assess film as an emotional form of expression.

There are some filmmakers that seek to remove the emotion from it and make it purely visceral, and there are also things that we have memories attached to in our life that are purely visceral. So it can be both things, but I think because we are emotional creatures, the things that are always going to get called back to us are going to be things that have a strong emotional connection attached to them. So in a realm of movies, it makes a lot of sense that we would have that reaction through time, even with years having passed before seeing a movie for a second time, and it will always have a feeling attached to it.

There is a moment in the film in which Elliott as Barr expresses his regret for assassinating Hitler, even if he had it coming. While it is important for cinema to capture the authenticity of the past, a willingness to play around with history can pose some difficult moral questions to the audience, and create a contemplation around certain ideas?

Well, Hitler was a monster and his ideas had this plague like quality to them that continue to spread even today. And in the mythical sense, the Bigfoot is a monster, but he’s good, he’s innocent, and he’s also spreading a literal plague. When you look at what Hitler was doing in World War II, it couldn’t be ignored in the movie. It had to be something that was addressed and confronted, but it also felt important that this character had no effect on history. So there was this puzzle to solve – how do you kill Hitler in World War II, and history marches on just like you read about? And once that problem was solved, the hero of the movie became a lot more complicated, and a lot more interesting to me because now he had killed a man.

But Hitler’s idea lived on and that’s something that we are dealing with today, and it created an opportunity for there to be a moral discussion around killing someone, even though they deserve it, and how that person’s actions can continue to be infectious long after they are gone. It just felt that in a way The Twilight Zone or a Ray Bradbury story might explore some fantastic ideas, this movie was an opportunity to do that. So yeah, that was very much part of the hope, which was that even though it has this wild title, you could explore some very meaningful ideas of who we are, how we treat one another and where we are going as a people?

It’s the flexibility of storytelling to be more than a single idea.

This movie is trying to speak to six or seven ideas of how people interact with one another, and no one idea is any more important than the other – they are all equally important. In independent film, once you have the cast and the crew, and all the people around to support and execute a particular vision, and there isn’t a group of executives that are all just looking for you to hit a bunch of specific markers, so that they can make their money back in a very programmed and predictable way, you are able to take some chances. You are able to explore some ideas and notions that in some ways might seem non sequesters or asides, but they wind up becoming just as meaningful and important as the biggest ideas represented in the title.

THE MAN WHO KILLED HITLER AND THEN THE BIGFOOT is on digital 15th April and DVD & Blu-ray 6th May. 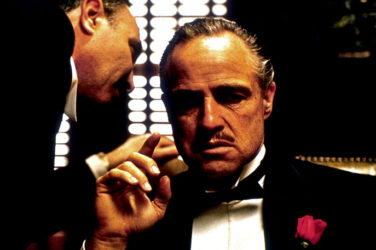 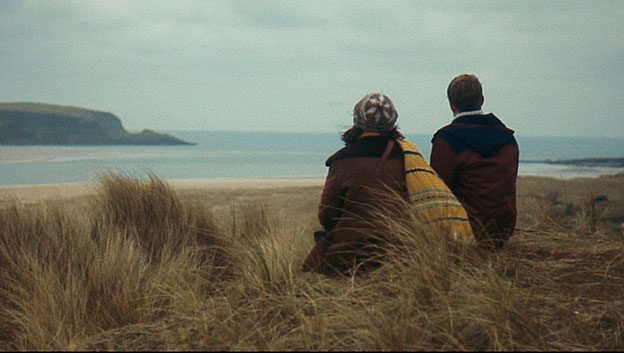 Hinterland is a film about the uncertainties of and insecurities experienced by youth, focusing ...